GM announced Monday that it will debut the mid-engine Chevrolet Corvette convertible on Oct. 2, finally giving the world its first official look at the drop-top variant of the game-changing C8.

Chevy teased the convertible when the coupe was revealed back in July, but it wasn’t until early September that we were given a timeline for the convertible’s introduction. With a teaser video posted on Facebook Monday, GM finally gave us a firm date. The reveal will take place at the Kennedy Space Center Visitor Complex in Merritt Island, Florida.

While the biggest news for the C8-generation Corvette is the placement of its 495-horsepower, 6.2-liter V-8 behind the driver’s seat, it appears that GM has more tricks up its sleeve for the convertible variant of the iconic American sports car. 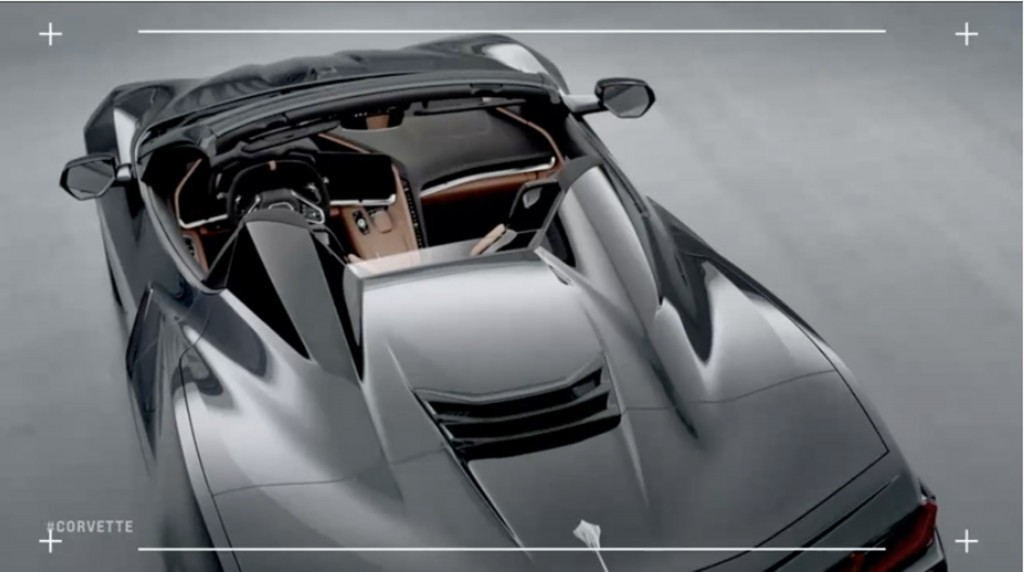 Based on the teaser photos we’ve already seen, we know the new Corvette sports a sleek flying-buttress design behind the roll-over structure and on the lid that covers the top stowage area. What’s hiding under there? If rumors are to be believed, it’s a power-retractable hard-top, which would be another first for the Corvette nameplate. The design appears to eliminate the clear cover over the engine on the coupe.

We know that the 2020 Chevrolet Corvette coupe will start at $59,995 (including destination), and while pricing for the convertible has not yet been announced, we’re willing to bet that it will start around $65,000. The outgoing Corvette convertible’s premium over the coupe is $4,500, and we expect that to hold relatively steady for the C8.

It also remains to be seen what sort of weight penalty the convertible will carry. The additional structure for the C7 convertible resulted in a roughly 60-pound penalty. Depending on the materials used in the C8’s top, the weight difference could be more or less than that.

We probably won’t get all of these answers on Oct. 2, but we’re hoping GM will provide at least a few new insights when the C8 convertible officially bows.