Germany’s Gemballa is famous for building some of the fastest Porsches on the planet, and soon the company will test the waters with a supercar of its own.

This is not that car.

Marc Philipp Gemballa, the son of Gemballa founder Uwe Gemballa, has started a car company under his own name and will reveal the first product on March 4.

Marc Philipp Gemballa, or MPG for short, sees a niche for supercars that cater to a buyer’s specific needs. For example, the first product will be a supercar for buyers who like to venture off-road. Judging by the teaser shot the company released on Tuesday, the car will be something resembling the famous Rothmans Porsche 959 that blitzed the 1986 Dakar Rally. 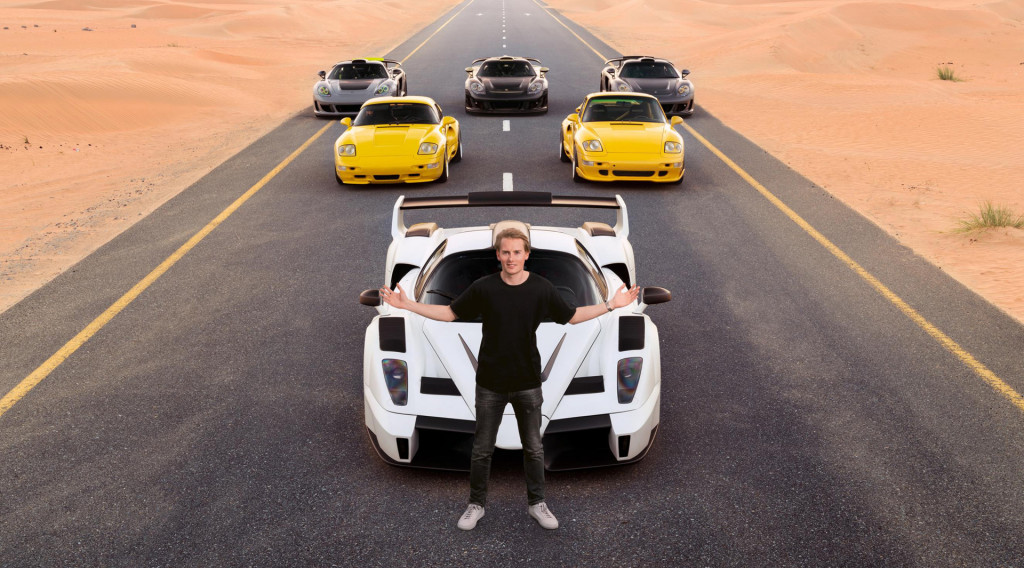 We also know that big names such as Michelin, KW Suspensions and Akrapovic are involved in the project. German engineering outfit Vela Performance, which also worked with Ruf on its latest CTR, is also a partner.

No further details on the car were released apart from it having a limited production run.

Marc Philipp Gemballa, who is only 26, grew up with fast cars. Tragically, he lost his father at a young age but now, ten years on from that fateful date, he’s ready to continue his family’s performance legacy.