Toyota and Hino partner on electric semi, to use updated Mirai fuel-cell power

Toyota has advocated for the use of hydrogen fuel cells in commercial trucks as well as passenger cars, and appears to be stepping up those efforts.

The Japanese automaker will work with its Hino commercial-vehicle subsidiary to develop a fuel-cell heavy-duty truck. However, Toyota did not say when the vehicle will debut, or whether it will enter large-scale production.

The truck will be based on the Hino Profia, with the stock diesel engine and transmission replaced by a fuel-cell powertrain.

Toyota plans to use two next-generation fuel-cell stacks from the 2021 Mirai, allowing it to achieve an estimated range of 600 kilometers (372 miles). But Toyota still hasn’t released any details on those stacks.

Hino will provide a control system designed using lessons learned from its current hybrid heavy-duty trucks, according to Toyota.

Toyota believes fuel cells are a better fit for commercial trucks than batteries because they weigh less—leaving more room for payload—and refueling is faster than recharging.

Hydrogen fueling infrastructure has proven more complicated to expand than electric-vehicle charging infrastructure, however. Commercial vehicles do have the advantage of operating from designated terminals along predictable routes, so fewer fueling stations may be needed. 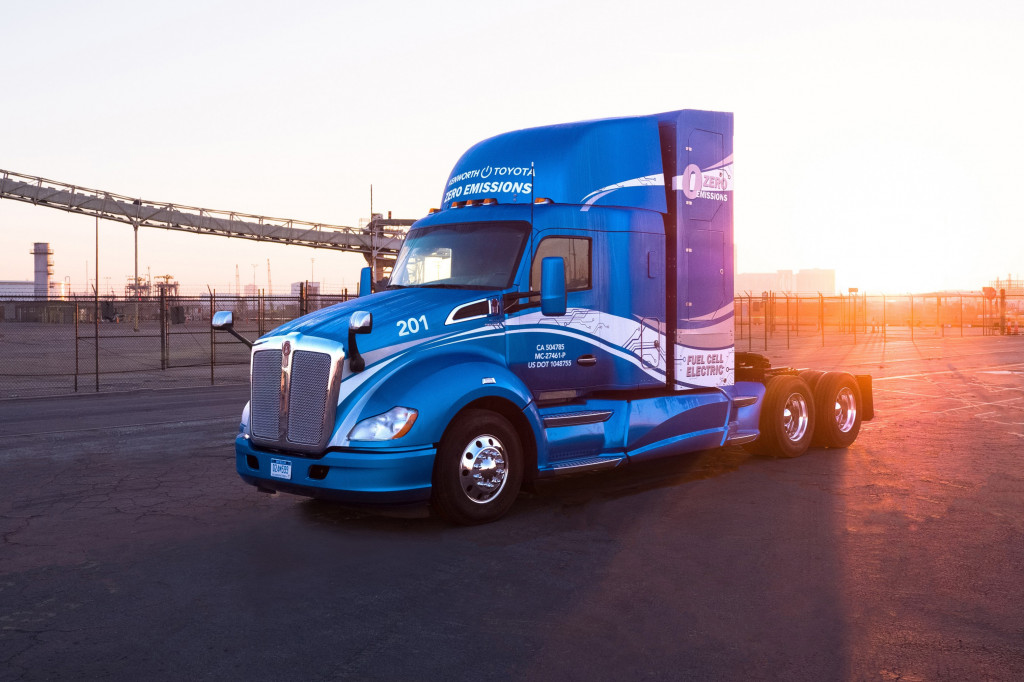 The project bears similarities to an ongoing Toyota project to use fuel-cell stacks in semi trucks at the Ports of Los Angeles and Long Beach, California.

Toyota converted 10 Kenworth semi trucks as part of an $82 million. The trucks were intended for use on short hauls within the ports, ensuring range wouldn’t be an issue. The automaker previously said the trucks used in California had a 300-mile range, but individual trips averaged just 60 miles.

So far only Nikola has announced plans for a production run of fuel-cell semi trucks, as well as a network for fueling stations to support them.