Scuderia Cameron Glickenhaus may be a small company, but it has big ambitions. Last year the automaker announced plans to develop a new car called 007 that will compete in the LMP1-replacing hypercar class of the World Endurance Championship. Last Thursday, SCG founder James Glickenhaus released a teaser image of that car on Facebook.

The teaser image reveals a sleekly styled car with a race-ready rear diffuser and what appear to be bat wing-like wings emanating from the rear fenders. Unlike previous images of the 007 issued by SCG, there’s no oversized rear wing, and the rear lights have been revamped. There are also integrated central exhaust outlets and what appears to a faux rain light that could serve as the car’s third brake light. Although pure speculation, it’s possible that the red 007 shared by Glickenhaus is actually the road-going version of the 007. 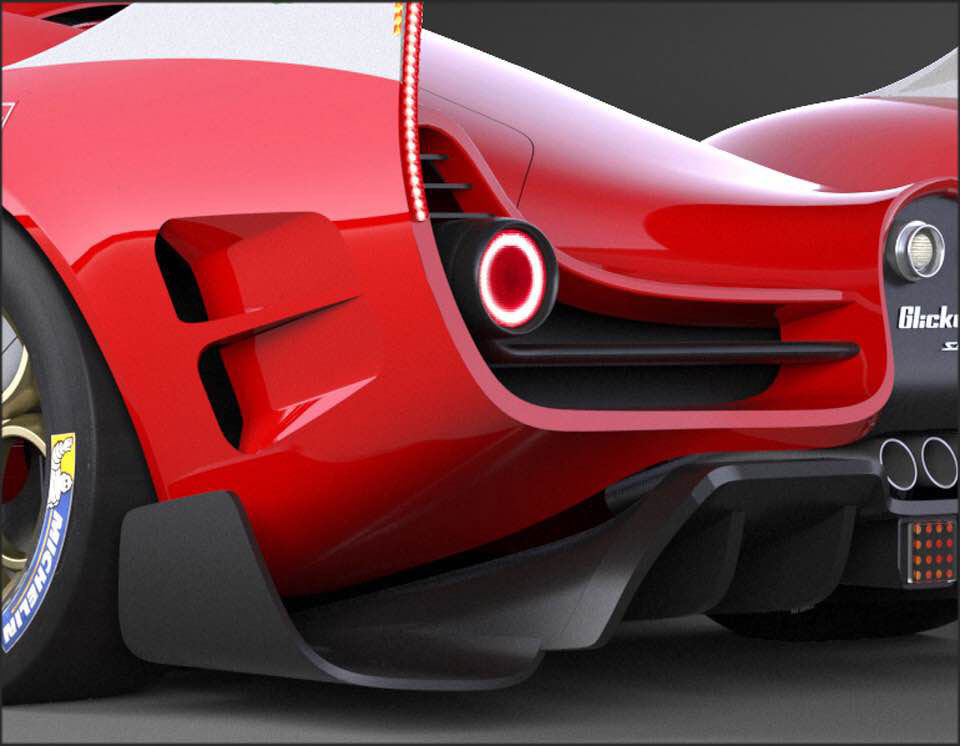 The yet-to-be-named hypercar class may be new to WEC racing, but the rules are familiar. To field a car in the new class, a manufacturer is required to build and sell at least 25 road-legal versions. With the 2020/2021 season quickly approaching, it would make sense that SCG would want to start its marketing campaign for the road-going 007.

In addition to sharing the teaser image, Glickenhaus also gave us some new details on the 007’s drivetrain. We still don’t know what engine will power the 007, but Glickenhaus says it’ll make 650 horsepower power the rear wheels while a KERS-based hybrid system will add an another 150 horsepower through the front wheels.

Pricing for the road legal 007 has not been announced, but it’s expected to carry an MSRP around $1 million. SCG will use the proceeds from the 007 road car to fund its racing program.