Even before you’ve set off, Porsche has a way of telling you that something’s different—an ignition on the left side is one of many unique features about Porsche.

The steering wheel fills most of your palms but its diameter is just a little smaller than you might expect. Porsche didn’t invent the steering wheel-mounted drive selector knob—the first application was the 918 Spyder in 2013—but it perfected it. It clicks through Sport and Sport+ programs with the precision of a bolt-action rifle. The gear selector—PDK or manual—has that same rifle feel with just as much deadly force.

Porsche buttons are like the rest of its cars: precise, confident, tactile, and intuitive.

Two in particular capture our attention.

Both new for 2020, the 2020 Porsche 911 and 2020 Porsche Taycan share more than low-slung seats, sleek exteriors, and the crest from Stuttgart on their hoods. 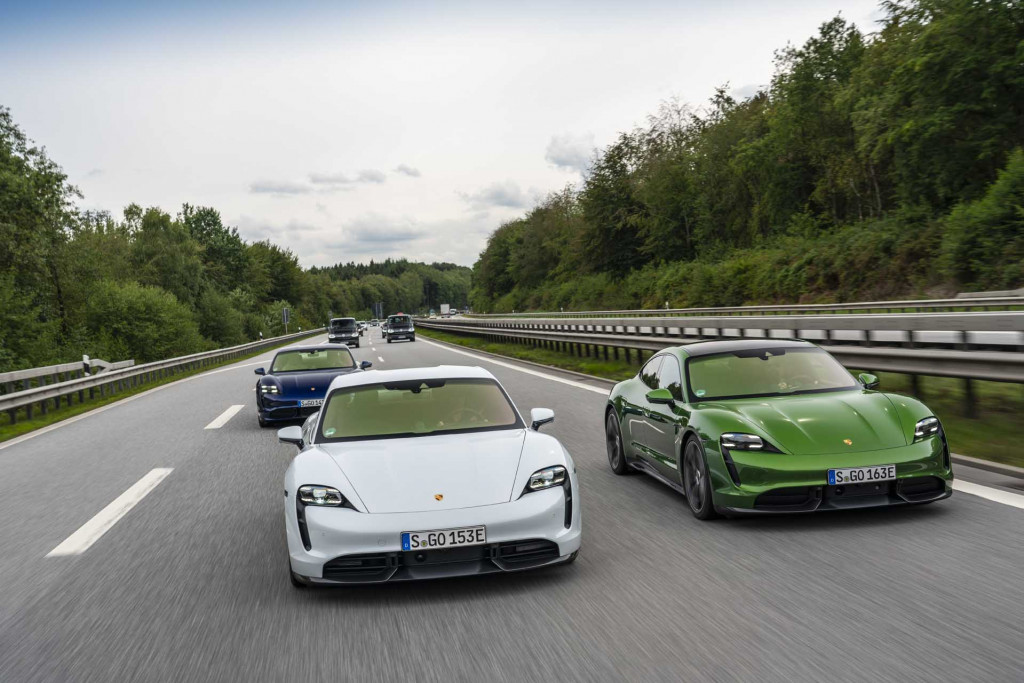 The two sports cars couldn’t be further apart in powertrains and power delivery, but the two go hand-in-hand in engaging drivers and sparking imaginations.

For now, both new models are available on opposite ends of the Porsche luxury and price spectrum. (That spectrum is six figures, by the way.)

The two compete not only for buyers but also for minds.

Does Porsche in your mind mean rear-engined with a growling flat-6? Purists and anyone born before 1980 would likely agree.

For a new generation, Porsche’s crossovers take the fore. A Cayenne or Macan could be the first image—not a 911—when Porsche comes up. An all-electric Porsche to those fans isn’t heresy, it’s evolution.

There is room for the 911 and the Taycan, but Porsche Thunderdome demands a winner. 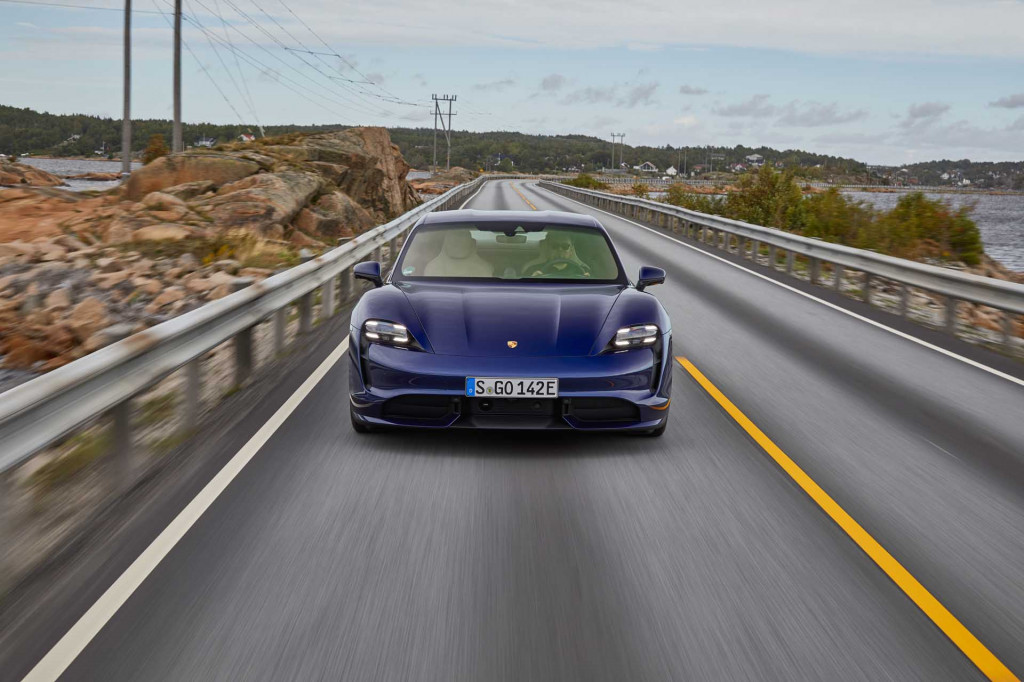 Heads up, Porsche purists: This next part is going to sting.

The Porsche Taycan Turbo and Turbo S dash to 60 mph in three seconds or less, emphasis on “less.” The Taycan’s launch control propels forward with so much force and drama that it’s hard to imagine where Porsche could improve with the 992 Turbo. Despite the Taycan Turbo’s name, there are no turbochargers on an electric motor. The electric motors of the Taycan Turbo S send more than 750 pound-feet of torque through wide, sticky 305-mm Michelin Pilot Sport Cup 2 tires at the rear. The Taycan Turbo S shoots forward so quickly, with so much violence, that it’s hard to imagine how performance without electrification is possible from now on.

Of course, the 992 Turbo S may very well use electric motors to launch faster—and it very well could, considering the 911’s importance to Porsche—but for now the Taycan is the quicker of the two. 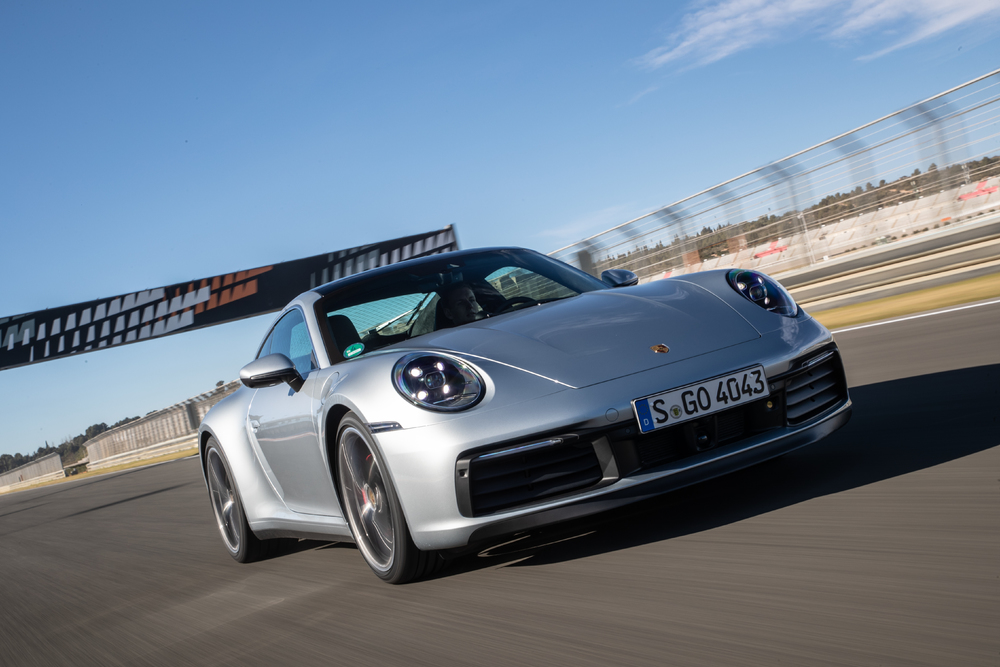 From there, performance blurs. Both the 911 and the Taycan benefit from electronics that keep both stable in a corner. In the 911’s case, it’s the programming that overcomes an inherently flawed engine placement. In the Taycan, it’s the electronics and chassis controls that keep more than 5,100 pounds planted on terra firma.

The Taycan’s handling is supreme. Despite riding on 20- or 21-inch wheels, the firm suspension never crashes or jounces through uneven roads. The Taycan’s heft is always apparent but Porsche has a way of turning it into an asset—not a risk. The thick Taycan squats and pivots from one corner to the next, diving in with repeatable predictability that only Porsche could deliver. The mass feels like it has consequence, the Taycan tucks a shoulder into each corner like a boxer sticking and moving around their opponent.

The 911 does the same. It carves a perfect arc through each corner, and despite its preference to send only up to 39 percent of its power to the front wheels (in 4S configuration) the 911 claws and finds grip in every corner. It’s hard to overcook a corner: the 911 just finds a way. 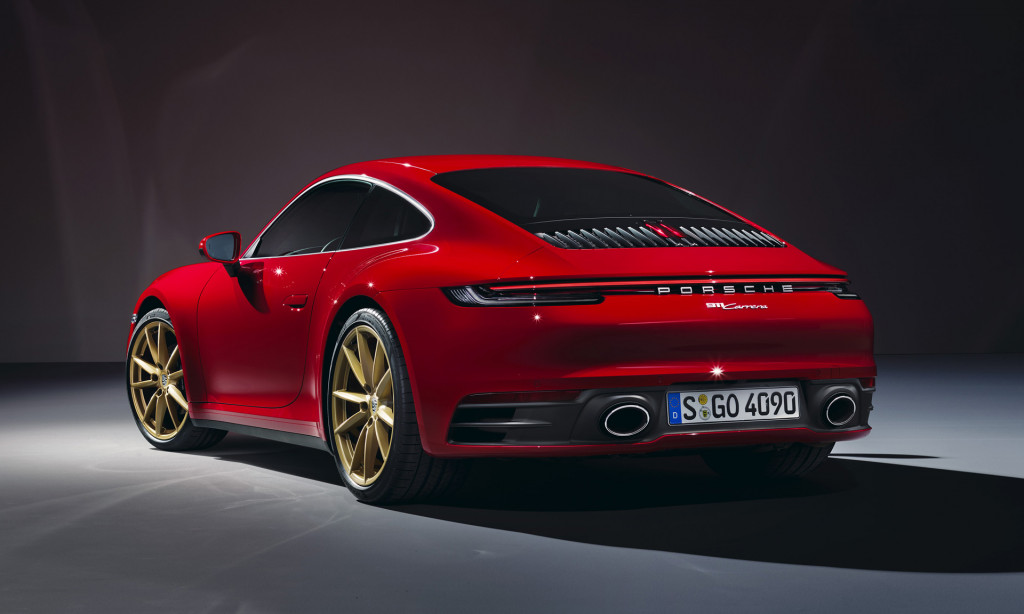 The 2020 Porsche 911 wins because of course it does. Check back in 55 years and maybe the Taycan will have a shot.

The two aren’t dramatically different in style. The Taycan borrows liberally from the 911’s playbook from the front doors forward but swells around the front fenders and has a higher nose. The 911’s front is sleeker, but the Taycan’s headlights and surrounding elements are sharper—including fangs that wrap around the headlights and point down toward the splitter.

From the front doors back, the 911 nails the sports coupe look with an efficiency that can only come from 55 years of practice.

The rear window, tail, engine placement, and swollen rear tires of the 911 are perfect. The Taycan’s isn’t bad—but it can’t be a 911 by design.

The Taycan’s rear doors aren’t a nuisance, the door cutouts are well ahead of the rear wheels, and the Taycan hits the “911 sedan” idea better than the late 1980s 989 prototype ever did thanks to tidier proportions.

The Taycan hides its sedan creds and trunk better than we imagined, the rear decklid is abbreviated and sharp, with a spoiler that raises and lowers at speed.

The 911 is beautiful. We can’t argue with any of it, so we won’t. We will indulge you with small details beyond one: the effort to envelop the rear wheels with an unbending curve in the rear fender is gracious and beautiful. It’s perfect. 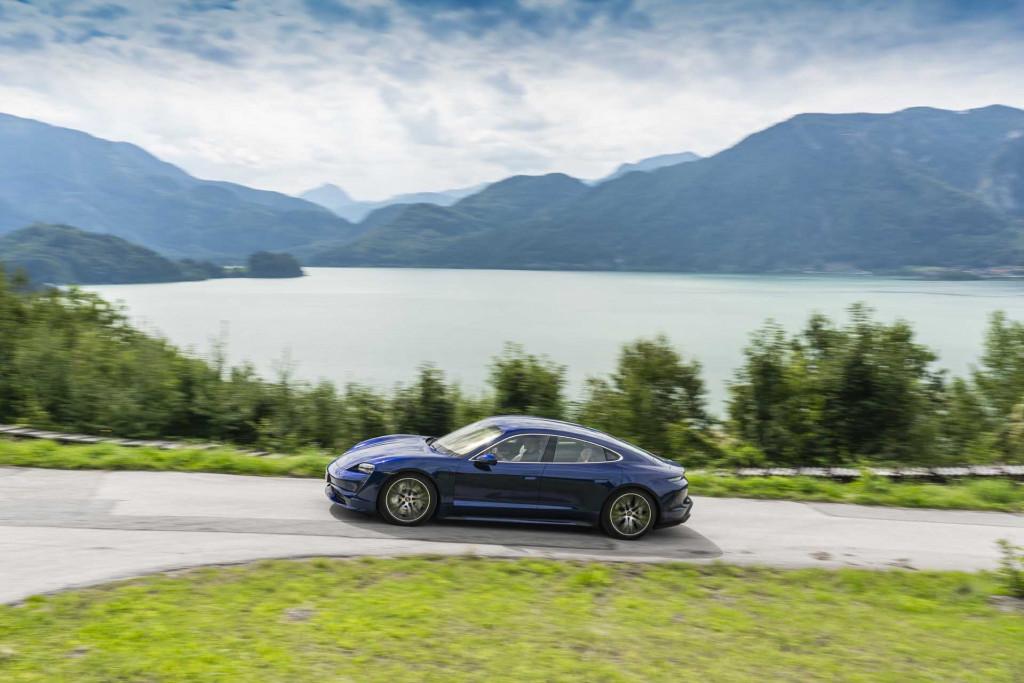 It’s a tie, at least until now.

But we can’t have a tie. The Taycan and 911 demand our patience and attention. We could easily walk away and say that “drivers win with either,” but that’s a cop-out.

A staff straw poll netted zilch: We were equally split.

Who wins? The heritage 911 or the future-focused Taycan? In the end, it’s the everyday livability of the Taycan and zero-emissions powertrain.

We love the 911, but almost universally, our answers were “an old 911 and a new Taycan,” which speaks more to our future as automotive enthusiasts.

The Taycan’s performance meets or exceeds the 911 for now, and its powertrain is better equipped for the future.

From there, the Taycan’s upside seems limitless.

We’re not turning our backs on the past; we’re looking ahead to the future.