Subaru and Toyota in September confirmed plans to jointly develop successors for their respective BRZ and 86 sports cars.

It means the current BRZ and 86, on sale since 2013, will have to soldier on for a little while longer as their successors get developed.

It’s no surprise then to see a prototype for an updated BRZ testing at the Nürburgring. 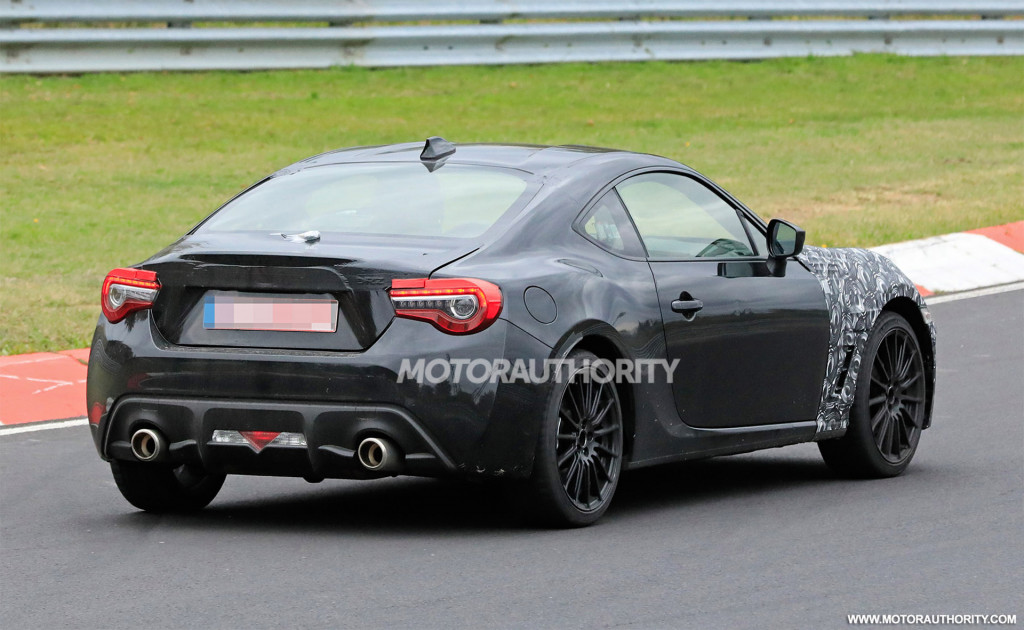 There are subtle changes to the current design visible on the prototype. The front fascia is new, with the biggest departure being the new shape for the intakes. At the rear, it looks like the a new trunk lid design has been added and the taillights also tweaked.

It isn’t clear what mechanical updates are planned, if any. Hopefully there’s some extra power but don’t hold your breath given Subaru and Toyota’s previous stance. Currently, the BRZ and 86 each come with 205 horsepower from their 2.0-liter flat-4 engines. That’s with the manual transmission. Opt for the automatic, which you really shouldn’t with these cars, and output drops by 5 hp.

Look for the updated BRZ to debut in 2020 as a 2021 model. Similar updates should make their way onto the 86. It will be the second update for the cars, with the first having been introduced for 2017.