The next generation of Porsche’s 911 GT3 R race car has been spotted for the first time.

The heavily disguised prototype was spotted during a secret test at the Nürburgring’s grand prix track, with engineers from Porsche motorsport partner Manthey Racing handling the development.

The 911 GT3 R represents the middle tier of 911 race cars, sandwiched between the 911 GT3 Cup and 911 RSR. Crucially, the GT3 R is the 911 racer most closely aligned with the 911 GT3 RS road car, whose 992 generation is likely to feature some of the design traits seen on the prototype here. 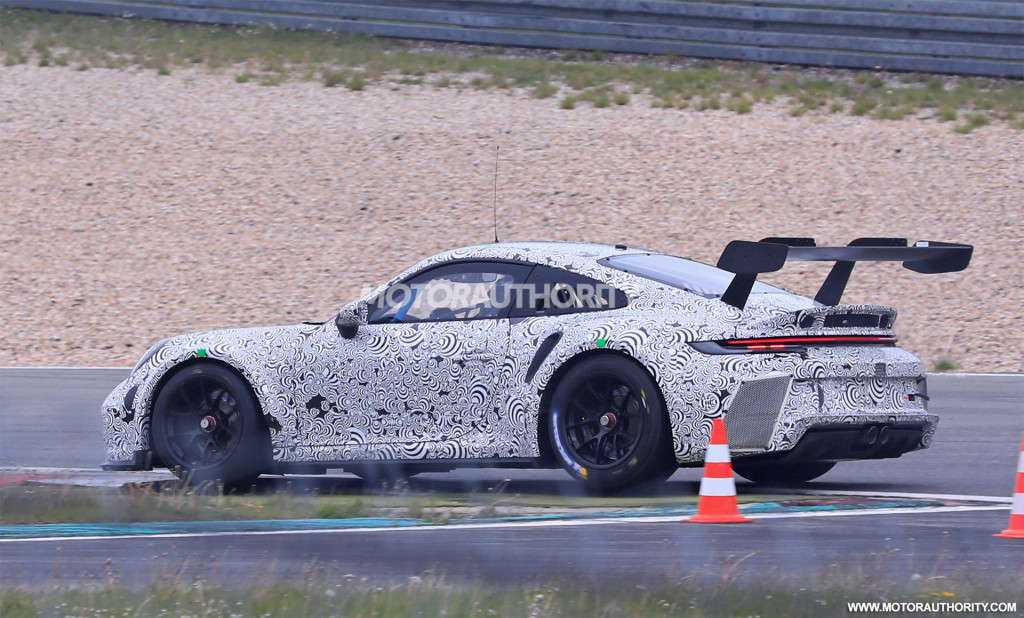 The last GT3 R developed 550 horsepower from its naturally aspirated 4.0-liter flat-6. The latest version should have a similar setup, possibility with improvements in efficiency. We can also expect a 6-speed sequential gearbox, a mechanical limited-slip differential, and a mixture of aluminum, steel and composite materials for the construction.

The GT3 R tends to be priced a bit over half a million dollars, and events you’ll typically see it in include North America’s IMSA series, the global Intercontinental GT Challenge, and endurance races like those held at the Nürburgring.

As for the next GT3 RS road car, it’s likely a couple of years out still as Porsche is yet to even introduce the new 911 GT3 based on the 992-generation 911. The new GT3 is due out later this year.