Just one month shy of the five-year anniversary of the reveal of the Volkswagen Golf R 400 concept, the brand has announced there are no longer plans to build a production version of the extra fiery hot hatchback.

VW’s R division head, Jost Capito, delivered the Golf R 400’s death sentence in a Monday Top Gear report. The final decision came down to research, and Capito said customers “don’t want” 400 horsepower with a higher price tag. “They want around 300 hp under 50,000 Euros,” he said. At current exchange rates, that’s about $56,000, but cars in the U.S. tend to be less-expensive than those in Europe. The current Golf R costs around $41,000 on our shores. We have to imagine the production Golf R 400 would have been a $50,000 hot hatch at a minimum. 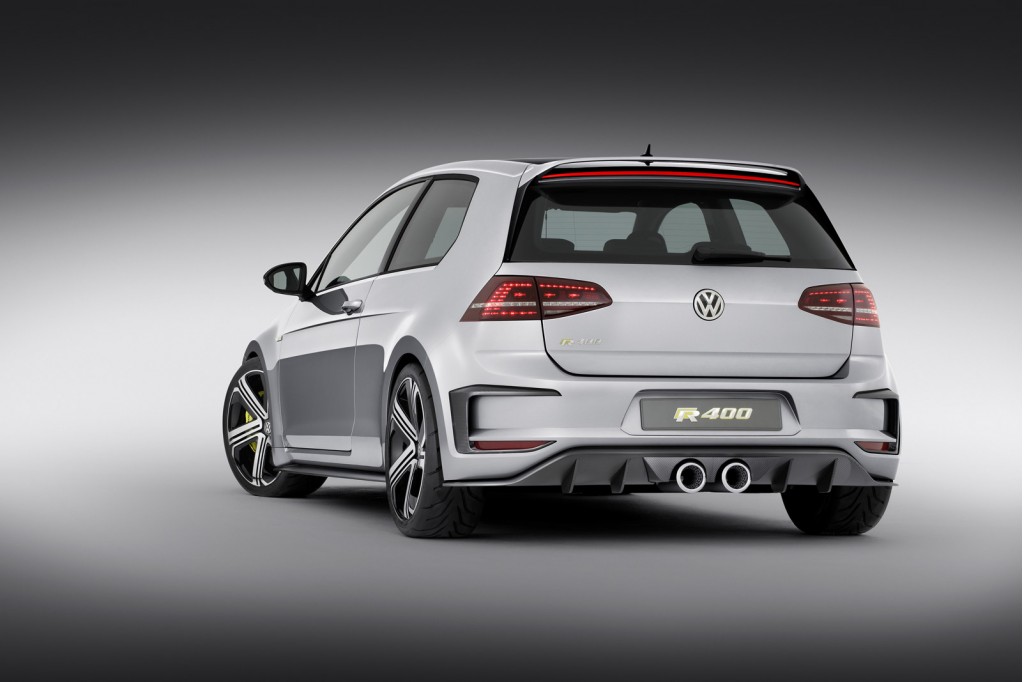 The car was confirmed for production five years ago after its debut at the 2014 Beijing auto show. VW R&D chief Heinz-Jakob Neusser said we’d see a production version of the hatchback reach the market in the years to come. We even spied prototypes of the car testing in 2015.

Then Dieselgate happened in the fall of 2015. Neusser was shown the door as investigations exposed VW’s diesel emissions cheating. With Capito at the helm of the R brand, he has the final say.

Capito also told Top Gear that the Golf R will remain the “crown jewel” of performance for the Golf nameplate, confirming we’ll see another generation of the car eventually. Noting Gilles’ comment, the next Golf R should hover around its current price bracket. It also gives the GTI some breathing room; the 2019 model starts at $28,490. However, the current Golf GTI looks somewhat expensive compared to the 2019 Jetta GLI, which starts at $26,890 and has an identical powertrain.

The good news is we’ll see another Golf R in the future, but it won’t approach the kind of power the Golf R 400 concept promised.