Almost a decade after we first laid eyes on the Tuatara, SSC North America has finally put the hypercar into production.

Pre-production of the Tuatara has been up and running at SSC’s facility in Richland, Washington, for several months and the company confirmed Thursday that the first example will be delivered to its owner in the third quarter of 2019.

SSC handles most of the work in-house, including construction of the car’s carbon fiber monocoque chassis and body. The aerodynamic shape of the car, penned by famed designer Jason Castriota, has a coefficient of drag rating of just 0.279, which is among the lowest of any high-performance car in production today.

SSC said it was able to achieve a clean look thanks to a combination of active and static wings, along with side mounted buttresses designed to manipulate airflow around the car and help boost downforce while also minimizing drag for top speed runs. CEO and founder Jerod Shelby is on the record for stating that the Tuatara is the only hypercar with a legitimate shot at the 300 mph barrier.

The current land speed record for a production car is the 277.9 mph set by a Koenigsegg Agera RS in 2017, which SSC is keen to beat. Other performance targets of the Tuatara include a 0-60 mph time of 2.5 seconds and a quarter-mile ET of 9.75 seconds.

To smash the competition, the Tuatara will rely on a bespoke 5.9-liter twin-turbocharged V-8 developed by SSC. The engine has been dyno tested at 1,350 horsepower on pump gas and as much as 1,750 hp with E85. And the choice of transmission is a 7-speed automated manual sourced from Italy’s CIMA, which was chosen for its high-speed (shifts in less than 100 milliseconds) and low-weight characteristics. We’ll remind you that the dry weight of the Tuatara is only 2,750 pounds. That’s a full 600 pounds lighter than a Lamborghini Aventador SVJ. 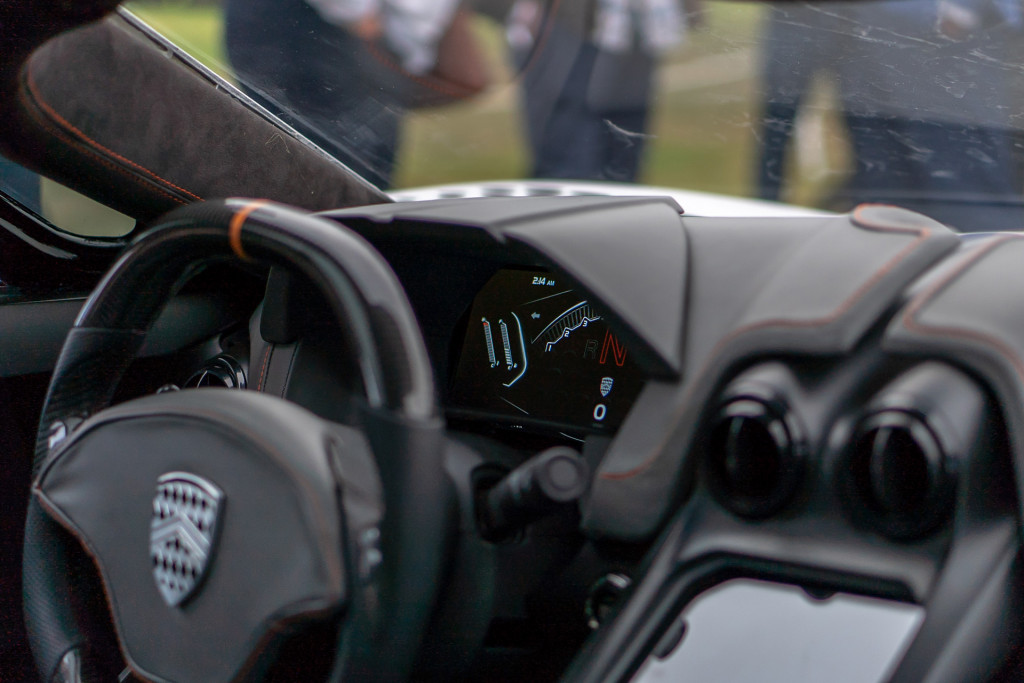 Inside the car, there’s a configurable instrument cluster with a 300 mph speedometer and information for shift points and horsepower usage. Most of the controls are via a touchscreen display, and while prototype Tuataras skip traditional side- and rear-view mirrors in favor of a camera-based system, it isn’t clear if the production model will, too.

A driving modes selector is included and features a Sport mode that can lower the suspension, with the ride height at the front dropping to just 4.0 inches, for ultimate track performance.

Details on the reveal of the first customer example of the SSC Tuatara will be released at a later date.