Aston Martin DBX to be unveiled in December

Aston Martin will soon climb aboard the SUV bandwagon with a new vehicle dubbed the DBX, which the automaker confirmed Monday will debut in December.

Aston Martin’s first SUV has been a long time coming. Recall, the automaker unveiled an SUV concept as far back as 2009, though the financial crisis at the time put the project on hold.

As for the DBX, it’s already in pre-production at Aston Martin’s newly constructed plant in St Athan, Wales, and the first customer examples should be rolling off the line soon. The vehicle is expected to be Aston Martin’s most popular, though production will be limited to maintain the marque’s exclusivity. CEO Andy Palmer has stated that no more than 5,000 examples will be built annually.

The DBX utilizes a new platform developed specifically for a high-riding vehicle capable of off-road conditions. Testing has taken place in some of the world’s harshest conditions, and naturally many of the places are areas where Aston Martin’s sports cars never tread. In particular, the engineers needed to place extra focus on the suspension to address the DBX’s mass, size and purpose. Expect advanced anti-roll and air suspension tech. 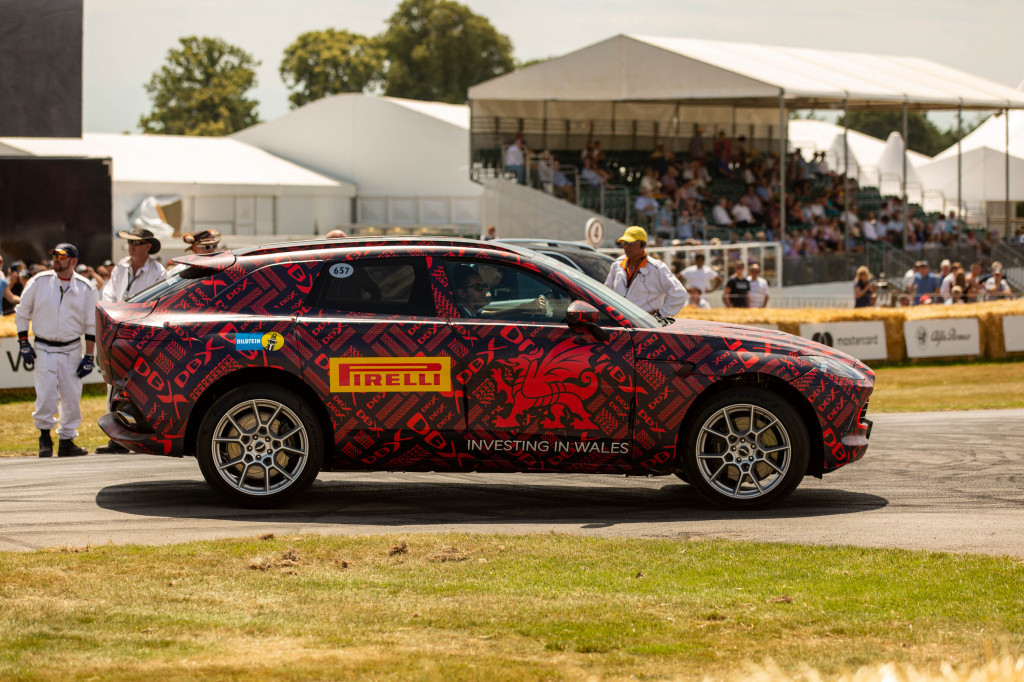 While Aston Martin first imagined the SUV as an EV, that has changed due to the automaker’s revival of Lagonda as an EV brand. The DBX is now expected to debut with a 4.0-liter twin-turbocharged V-8 sourced from Mercedes-AMG, and performance could outmatch a Porsche Cayenne Turbo. A hybrid powertrain utilizing a new V-6 developed in-house at Aston Martin is also a possibility. Don’t expect a plug-in hybrid, though; Palmer dislikes the idea of a “stepping stone” and instead will focus on light electrification before fully embracing electric powertrains.

The DBX is the fourth of seven vehicles promised under Aston Martin’s Second Century plan. The first was the DB11 which has since been followed by a redesigned Vantage and new DBS Superleggera. After the DBX will be a mid-engine Vanquish supercar around 2021, a Lagonda SUV around 2022 and a Lagonda sedan around 2023. If all goes to plan, Aston Martin will then repeat the seven-car cycle with redesigned models. And along the way we’ll also see special edition models like the Valkyrie and Valhalla hypercars.