It’s been shown on the auto show stand, and on the racetrack, but now Aston Martin’s Valkyrie hypercar has finally hit the road.

The car isn’t in customer hands just yet—that isn’t scheduled to happen until the second half of 2020—but rather Aston Martin is conducting the first of a series of real-world tests. All previous tests took place in track conditions.

The first test took place near the Silverstone Circuit in the United Kingdom, with Aston Martin chief tester Chris Goodwin behind the wheel. Goodwin was previously chief tester for McLaren so knows a thing or two about driving high-performance cars. 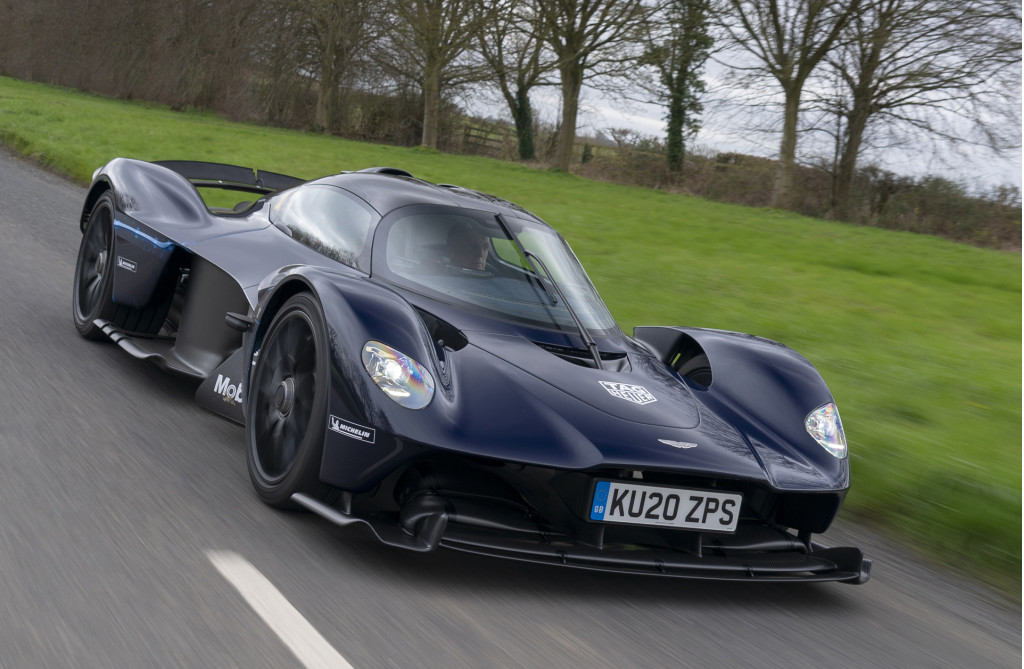 However, it’s safe bet that the Valkyrie’s performance is on a higher level than anything Goodwin tested at McLaren. We’re talking about a car capable of lapping a racetrack quicker than a sports prototype and almost at the pace of a Formula One car.

Making this possible is a combination of lightweight carbon fiber construction, trick aerodynamics developed by the Red Bull Racing F1 team’s chief technical officer, Adrian Newey, and 1,160 horsepower generated by a Cosworth-developed 6.5-liter V-12 paired with a KERS-style hybrid system. Valkyrie owners are in for a real treat as the V-12 sounds just like an F1 engine from the 1990s.

There will only be 175 Valkyrie owners all up, with 150 of them getting the road-going version of the Valkyrie and the remaining 25 getting the even faster Valkyrie AMR Pro track edition. Unfortunately, there will no longer be a dedicated racing version for the World Endurance Championship’s new Le Mans Hypercar category, meaning we won’t get to see the Valkyrie in the 24 Hours of Le Mans. Aston Martin in February decided to put the project on hold as organizers of the WEC and the WeatherTech Sportscar Championship look to develop a common set of rules to be introduced around 2025.