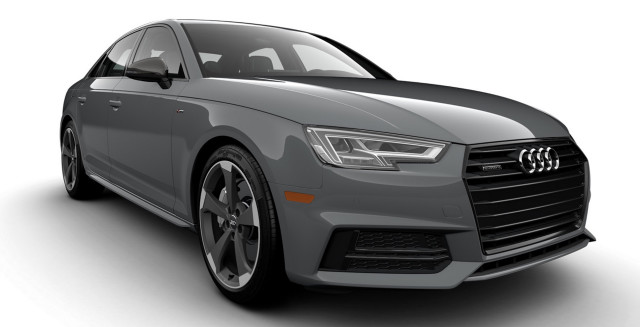 It appears Audi of America has come up with a proper way to send off the last Audi A4 sedans equipped with a manual transmission—and the results should tickle A4 enthusiasts. Although we’re saddened to learn the 2019 A4 and A5 will drop the manual-transmission option for the new model year, their end has given way to the 2018 Audi A4 Ultrasport, according to Audi Club North America.

The final 40 A4s equipped with three pedals and a stick will benefit from extra goodies, and all of them are reserved for the United States.

Diehard fans will recall the Audi A4 Ultrasport appeared during the B6 generation (A4s built between 2000-2006). The premise of the package was to bundle sporting looks and a few other performance goodies, such as a sport suspension and aero package, to create the S4’s baby brother. The reborn A4 Ultrasport digs into the RS- and S-Line parts bins.

Each car is specified identically from the factory in Quantum Gray (only offered on the S-Line) with 19-inch wheels from the S4, carbon inlays from the RS 4 Avant, a flat-bottom steering wheel, dynamic steering with variable ratios from the S4, a sport adaptive damping suspension with a lowered ride height, and S-Line leather and Alcantara interior. Keen eyes will also see Audi has deleted the model and engine designation from the trunk lid to boost the Ultrasport’s sleeper vibe. The price is $6,800 over a standard A4.

Audi actually discontinued the manual transmission on the A4 in its home market of Germany ahead of its demise in the United States. The brand said a take rate of 10-12 percent was needed to justify its continuation. In Germany, the transmission accounted for only 2-3 percent of deliveries. In the U.S., the manual transmission has been a no-cost option for the car since 2017, which made Audi the only brand offering an all-wheel-drive sedan with a row-your-own option in the segment.

With just 40 units preparing for shipment, enthusiasts will need to move quickly to own one of these special A4s.