Karma’s Revero sedan will receive a battery-electric powertrain by spring 2021, the company announced late on Thursday.

There will be two battery options at launch, a standard 75-kilowatt-hour unit with 200 miles of range and an extended 100-kwh unit with 300 miles. A 400-mile option dubbed hyper range will arrive later in 2021.

The range figures are all estimates and may differ once EPA results are in. The longest-range version of the rival Tesla Model S has an EPA-rated range of 373 miles.

The battery-electric Revero will be badged a Revero GTE, marking it apart from the standard Revero GT and sporty Revero GTS extended-range electric models. These models can cover roughly 60 miles on electricity before a range extender, in this case a BMW-sourced 3-cylinder, needs to kick in. 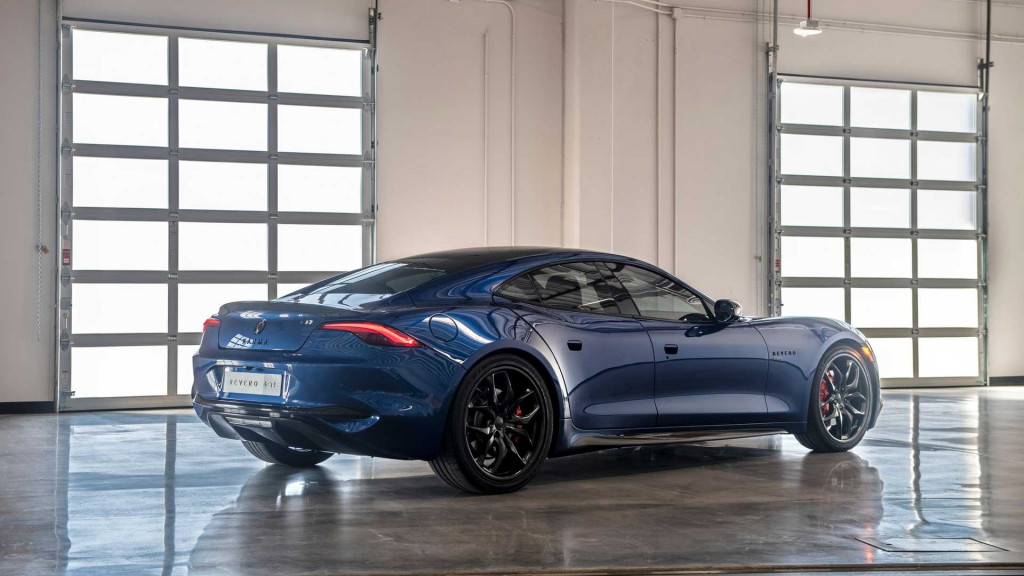 Karma hasn’t said how much horsepower the Revero GTE will have, though the company did promise a 0-60 mph time of less than 3.9 seconds. Karma also said the Revero GTE would have torque vectoring. It isn’t clear whether power will be to the rear wheels only or all four.

When it comes time for charging, a 150-kilowatt charger should deliver an 80-percent charge in about 30 minutes, Karma said.

Karma will start accepting reservations for the Revero GTE in the coming months.

The Revero’s basic design dates back a decade to the original Fisker Karma, though Karma, the company, has since overhauled the design and developed a new platform for the car called E-Flex. The platform is capable of spawning both battery- and extended-range electric cars and was demonstrated earlier in April in a van. Karma has also hinted at a pickup truck, SUV and supercar, and the company is willing to license the platform to other companies looking to enter the EV space.