Bentley’s Continental GT is renowned for its luxury but the vehicle is also a highly capable performance machine, especially in 12-cylinder guise.

Bentley will use the 2019 Pikes Peak International Hill Climb this June to highlight that fact, with the automaker calling on Rhys Millen to race to the clouds in the latest Continental GT.

Millen, a Pikes Peak veteran, entered last year in a Bentley Bentayga and claimed a record for production SUVs with his time of 10:49.9. Bentley celebrated by launching a special version of the Bentayga. 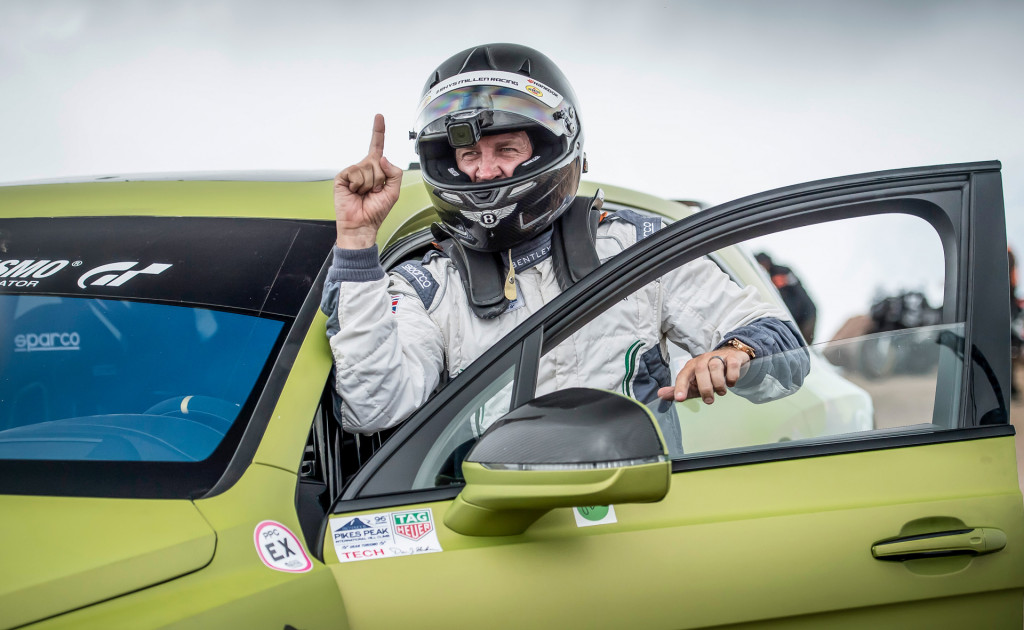 This year, Millen will be going after the record for production cars. According to the most recent list of records, the time to beat will be the 10:26.8 set in 2015 by David Donner in a Porsche 911 Turbo S. Considering Millen drove a Bentayga a little more than 20 seconds off that pace, he should be able to crack the time in the lighter, more dynamic Continental GT.

The big coupe is powered by a 6.0-liter twin-turbocharged W-12 delivering 626 horsepower and 664 pound-feet of torque. This is enough for 0-60 mph acceleration in 3.6 seconds and a top speed of 207 mph, though the latter likely won’t help all that much given Pikes Peak’s winding 156-corner, 12.42-mile course.

This year’s run will take place on June 30.