California could soon close one of the dirtiest diesel-emissions loopholes

We’ve all seen it while following big rigs: Clouds of sooty smoke coming from a single truck, prompted by an uphill grade, a passing maneuver, or sometimes seemingly nothing at all. How can that be legal?

It might not be legal, but it underscores a current loophole in U.S. emissions for larger (Class 4-8) trucks: There’s no mechanism in place to semis and see that they’re compliant over the long run. Now a bill introduced Tuesday to the California State Assembly aims to change that—at least within the Golden State.

The proposal, California Senate Bill 210, would prohibit the operation of a heavy-duty vehicle in a manner resulting in the escape of visible smoke, except during active regeneration.” It would make any violation of the requirements a correctable violation—meaning that the owner has 45 days to fix it.

As the Los Angeles Times pointed out, the number of smog days in Southern California is again on the rise, and the million diesel trucks that operate in California account for nearly 60 percent of smog-forming nitrogen oxides and 80 percent of particulate matter, or soot. 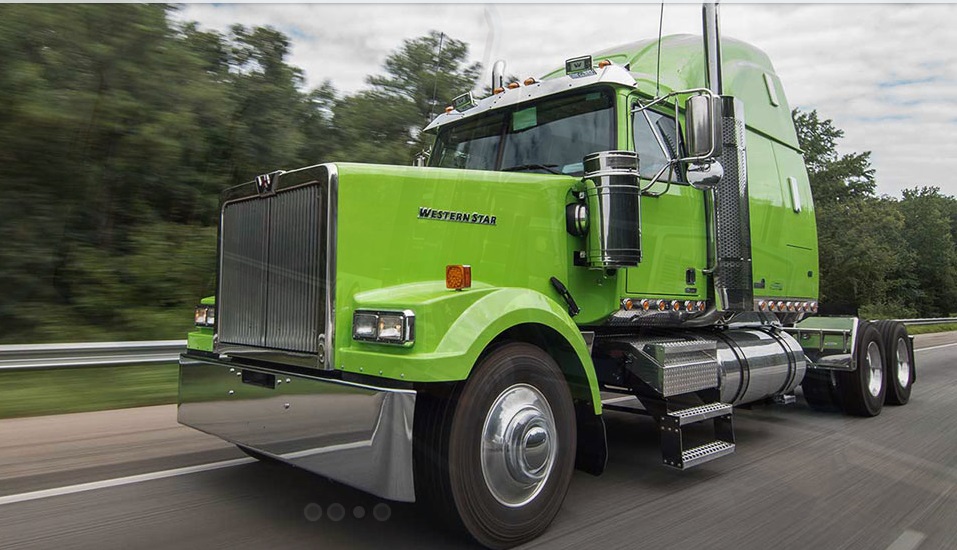 There’s some irony to be pointed out in that commercial truck emissions have been closer to the spotlight the past couple of years because of the Trump-era EPA’s plan to incentivize glider trucks, which are new “remanufactured” trucks using old, highly polluting engine tech that emits 40 times more smog-forming emissions and up to 450 times more diesel soot. That plan, championed by previous Administrator Scott Pruitt, has not been revived by current Administrator Andrew Wheeler.

Currently there is no emissions-check system in place to prevent a truckmaker from keeping emissions equipment in proper form—or from installing older engine tech.

This bill would also require the California Department of Motor Vehicles to confirm a truck’s emissions controls are working before registration renewals or ownership transfers.

There’s likely to be opposition from major trucking industries; but as we’ve seen with electric semis, bigger companies appreciate the sustainability-report image boost of cleaner trucks. Now if only more state legislators would step up as well.