Ford will launch an electric crossover SUV boasting a 300-mile range in 2020. The model will be a performance-oriented offering with a design inspired by the Mustang and previewed in the teaser above that Ford released last fall.

The Mustang inspiration could even stretch to the vehicle’s name, as there are rumors it will be labeled a “Mach E” or even a “Mustang Mach E,” which were recently trademarked by Ford. However, we’d think Mustang Mach E is more appropriate for a plug-in hybrid Mustang currently in the works and also due in 2020. Originally, Ford was going to call its electric crossover a Mach 1, but backlash from Mustang fans persuaded the automaker to drop those plans.

We’ll have a better indication as to what Ford is planning later this year as a concept is set to be unveiled, Autocar reported on Tuesday. The British publication also claimed Ford will offer multiple battery options, suggesting the 300-mile version will be a range-topping option. 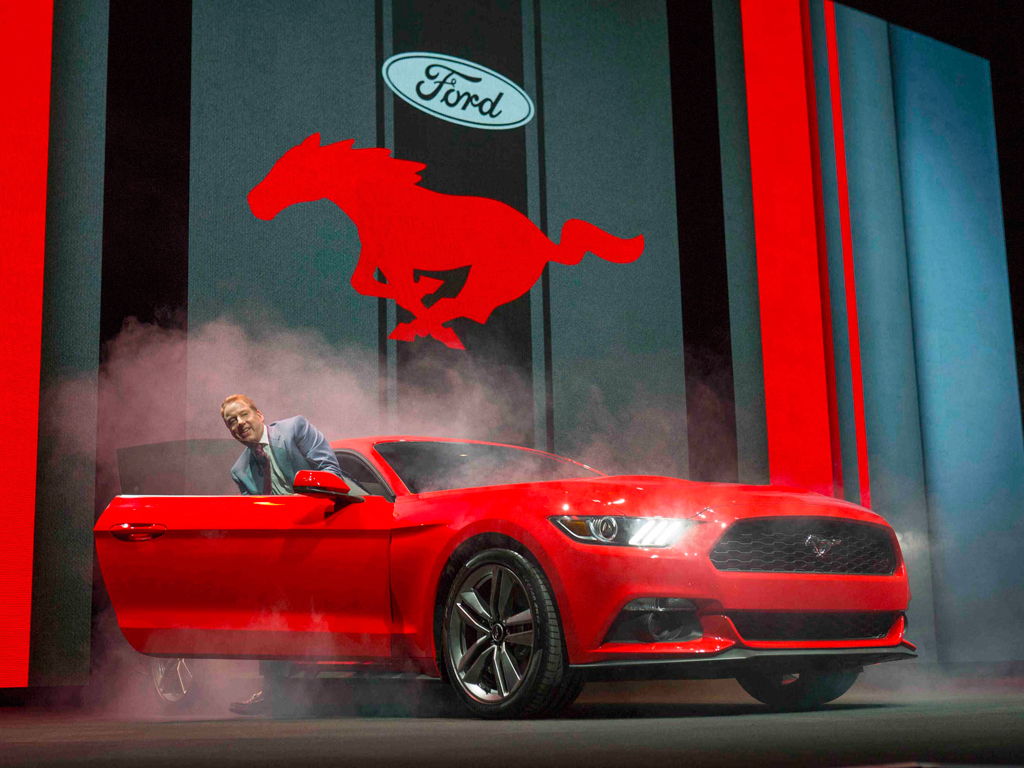 Bill Ford and the 2015 Ford Mustang

As for performance, Ford Chairman Bill Ford Jr. in February said the crossover is “going to go like hell,” a reference to Henry Ford II’s order to drivers competing at Le Mans in the 1960s.

Underpinning the electric crossover will be a dedicated EV platform. The new platform will be one of five modular platforms the Ford and Lincoln brands will use for future vehicles. Ford’s new C2 platform found in the latest Escape and Lincoln Corsair will also support battery-electric powertrains.

Ford is working on many more EVs. A more mainstream electric crossover based on the C2 platform and similar in size to the Escape is also thought to be in the works, and the automaker has confirmed it is developing an electric F-150 pickup truck. Ford also in April announced a $500 million investment in Rivian, and said it would use the American EV startup’s modular platform for a future model.