Dormant Italian performance marque De Tomaso has been revived, 60 years after the brand’s founding by Alejandro de Tomaso. The revival took place on Thursday at the 2019 Goodwood Festival of Speed in the United Kingdom, where the utterly gorgeous and thoroughly modern De Tomaso P72 supercar was unveiled.

Running the show this time is Ideal TeamVenture, the same Hong Kong-based company that bought German supercar marque Gumpert and turned it into Apollo. Apollo’s first model is the V-12 beast that is the Intensa Emozione, so you know De Tomaso is in good hands.

The new P72 isn’t a spiritual successor to the De Tomaso Pantera, arguably De Tomaso’s most famous model. Rather, it pays homage to the P70 prototype racer of the 1960s, which was born of a collaboration between De Tomaso founder Alejandro de Tomaso and Carroll Shelby but sadly only raced once and retired on the opening lap. That was in the 1966 Mugello Grand Prix. 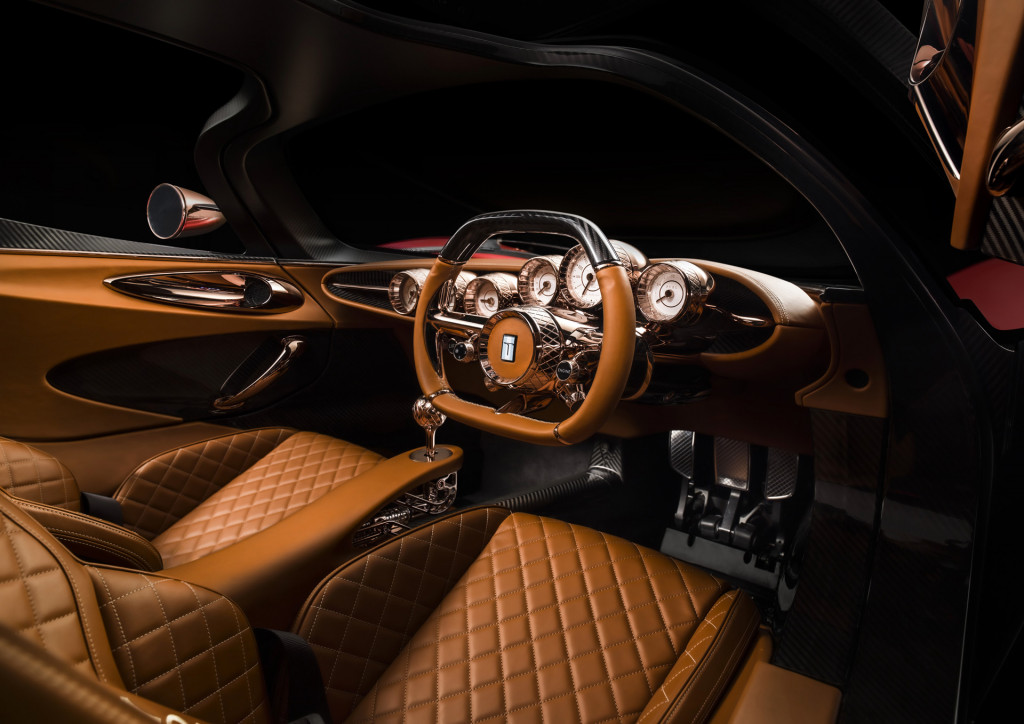 The P70 featured a body penned by Peter Brock, and some of its lines have made the transition through time to grace the modern P72. Responsible for the P72’s sexy shape was Jowyn Wong, of Wyn Design. His goal was to combine a modern, aerodynamically optimized body with retro cues recalling the P70. Things like the wing mirrors and front emblem cap pays homage to the P70, for example. The interior of the P72 is just as beautiful. Polished copper and diamond pattern detailing adorn the cabin and the classically designed switchgear and circular analogue display dials take inspiration from the timeless design themes of the ’60s and ’70s era.

All of this is wrapped around a bespoke carbon fiber monocoque structure, designed to meet Le Mans prototype safety requirements. Full technical details will be revealed at a later date as the P72 still needs to go through the market homologation process. De Tomaso said the car will remain largely unchanged, right down to the sweet exposed manual transmission mechanism.

Sadly, seeing the P72 will be a rare occurrence, as just 72 examples are planned for production. Build slots are still available, De Tomaso confirmed. The expected price tag is 750,000 euros (approximately $846,250) and buyers in North American will be serviced via Miller Motorcars in Greenwich, Connecticut. 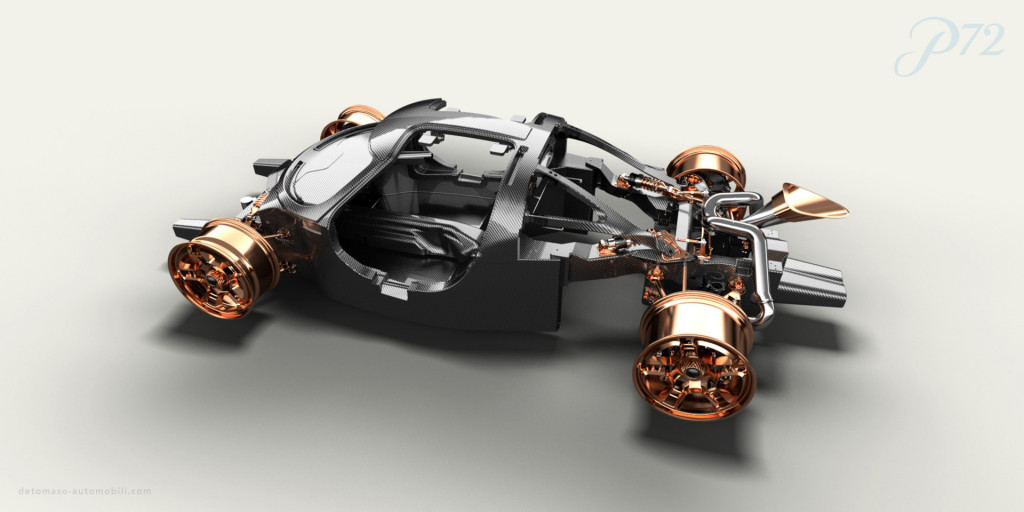 “I had no idea my concept from the mid ‘60s would in any way be influential to a car being presented today,” Brock said upon learning of the P72. “My first impressions of the new DeTomaso are all so positive I hardly know where to begin. The exterior form is so well done it invites you to keep walking around, admiring every subtle detail.”

The original incarnation of De Tomaso went under in 2004, just a year after the death of the brand’s founder. There have been previous attempts to revive it but the latest looks to be the most credible. In fact, the modern De Tomaso is already looking to future plans and will make announcements on these in due course. The P72 is only the first chapter.

For more from the Goodwood Festival of Speed, head to our dedicated hub.

← The Ford GT Mk II is the ultimate version of the ultimate Ford hypercar 2020 Mercedes-AMG CLA45 unveiled: Big power in a small package →