Drako Dragon coming to replace the GTE before it's even launched

There’s a Silicon Valley-based electric-vehicle startup by the name of Drako, which in 2019 unveiled the GTE electric super sedan packing 1,200 hp and a starting price of $1.25 million.

At the time, the performance was still somewhat revolutionary for a production EV, though since then both Tesla and Lucid have launched electric sedans with over 1,000 hp but costing a fraction of the price of the Drako. In the case of Tesla’s Model S Plaid, we’re talking just $131,190.

The GTE was meant to launch in 2021 but that won’t happen. Drako hasn’t given up on the car and instead wants to launch it with improved performance, and the new name Dragon. The company has released some teaser shots of the Dragon and said the full reveal will take place in January.

The company has confirmed increased torque, as well as an upgraded battery with improved range and cooling capabilities for track driving. The battery announced for the GTE was a 90-kilowatt-hour, 450-volt unit that could deliver 200 miles of range with moderate driving. It isn’t clear what specs the Dragon’s battery will have. 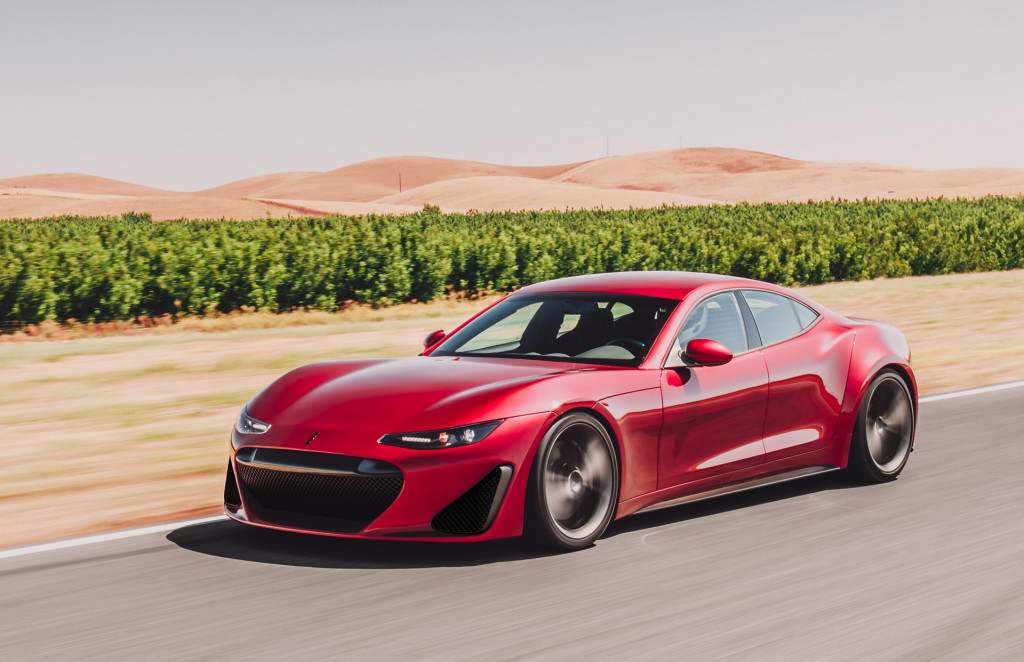 The powertrain in the Dragon will be a quad-motor system where each motor acts independently, resulting in precise torque vectoring. Controlling the system is Drako’s own DriveOS software.

The Dragon will also sport a five-way adjustable suspension system instead of the GTE’s four-way system, and the interior should also be a lot more upmarket.

We’ll remind you that the GTE’s body shell, and thus also that of the Dragon, is the same design used for the former Fisker Karma and current Karma GS-6.

Drako planned to build just 25 units of the GTE. It isn’t clear if that figure will be changed for the Dragon. Stay tuned.