This realization hit home not long after we struggled to fit a second hockey bag in the cargo area of the 2020 Porsche Macan S. It wasn’t so much that my daughter’s and her teammate’s sticks had to ride shotgun—we’ve done that in other small crossovers. It was more that, any time my kids were in the Macan S, I couldn’t drive it how it was intended to be driven: hard, like death is closing in.

Because that’s what performance cars do, keep you one step in front of death and its cloak, boredom. And Porsche is all about performance from the “entry-level” 718 Cayman to the multitude of 911 variants to even that most common of cloaks, the crossover.

The 2020 Macan S with its Sport Chrono package and air suspension with active dampers handles more like a sport wagon than a crossover. Yet, like the larger Cayenne, it is a practical Porsche. It can work for a parent, but even then it’s hard to be responsible and model good, boring behavior behind the wheel.

At best, Porsches may be good for teachable moments, to show the next generation the meaning of good handling by hitting a cloverleaf ramp at certain speeds that provoke wide-eyed wonder and perhaps, a shriek or two. That can be infectious. But it does not make for good parenting. Kids ruin Porsches.

I may have suppressed this obvious fact from my childhood. My dad, a car guy of that generation where if you were a guy you were a car guy, has been cycling through new cars every six months or so since I can remember. He’s always loved Porsches but only on occasion have they filled the roster spot of “show car” in his rotating triumvirate of vehicles.

When we offspring were young, he couldn’t indulge in his love for Porsche.

On the dim but open roadways of my long-gone youth, he would put his hand out and silence us with a rare burst of emotion: “Oh, look!”

We would hush as he’d mash the pedal of his Lincoln Town Car or manual Honda Accord or once, a Ford Bronco Eddie Bauer with a red bod and tan top, and speed up to his white whale. Before we could comment on the beautiful shape of what was almost always a Porsche 911 G-Series, or ask about which exact model it was he’d tsk tsk us. “Don’t look,” he said under his breath as he overtook the object of his affection. “Don’t give the jerk the satisfaction.”

Eventually, after we were grown and he was financially free, he became the jerk. The series of 911s he bought and sold were more about the deals than the cars, so they never became part of the family and that meant we never got to drive them without his supervision. But he did. Because his kids were no longer kids. And they no longer ruined Porsches.

Driving could be singular again for him, his vehicles were his means of enjoyment. But he didn’t enjoy how the maintenance costs got higher and higher and the egress got lower and lower.

The vast majority of drivers, parents or not, don’t drive just to drive, which is where Porsche shines. Instead, they drive to get somewhere, to haul someone, to serve something. Especially for parents.

Porsche knows it has a tough time capturing that broad swatch of the market, and likely doesn’t really want to. It’s refreshing to know Porsche does not sell a three-row crossover or a crossover for every season. The Macan and Cayenne do their best to balance performance with practicality, even if the touchscreens are confusing and the array of buttons are better suited for an air traffic controller than an everyday driver. 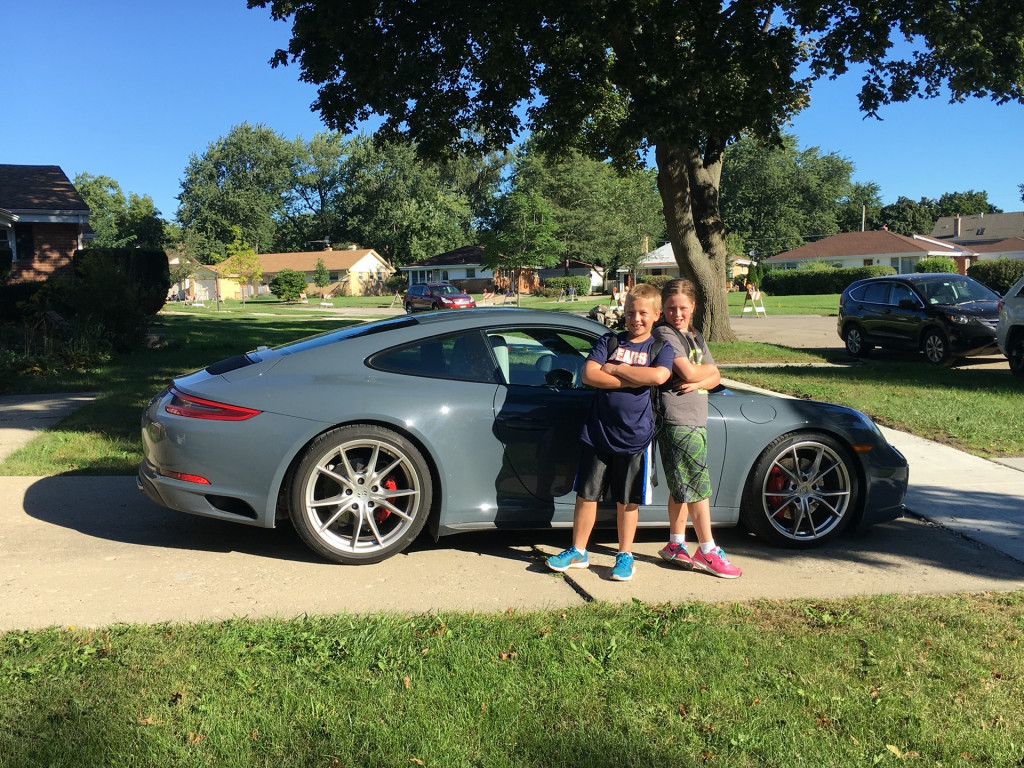 As the 911 impossibly and improbably gets better and better—our pals at Motor Authority voted the 911 the Best Car To Buy 2020—the Macan awaits an impending redesign that should streamline the controls and simplify the screens. It can be the functional part of fun in the Macan, and even though kids ruin Porsches, parenting doesn’t have to.

After dropping off the hockey players and hitting the nearest onramp, the 2020 Porsche Macan S was a blast, even for a little while. But then I wanted to get back, catch the end of practice, get some ice cream to not ever don’t you dare ever eat in the car, and catch up with the kids. Even if they ruin Porsches, they make everything better.