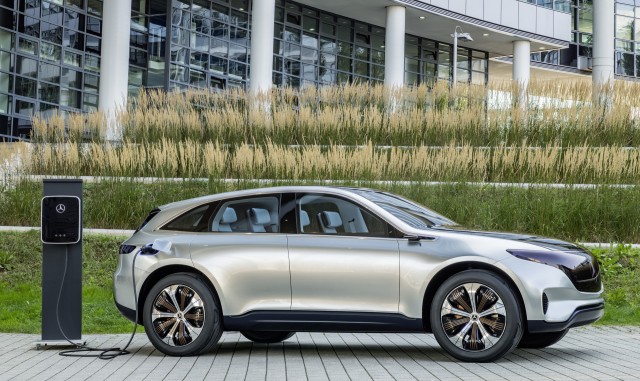 The year 2019 is shaping up to become the year of the electric SUV. Canadian sales figures for the Tesla Model 3 are in following its May debut. Mercedes-Benz introduces electric delivery vans in Germany. And a new bill aims to extend the federal electric-car tax credits. All of this and more on Green Car Reports.

We round up the sheer number of electric SUVs and crossovers coming to market in 2019, and there will be plenty for buyers to choose from.

The Tesla Model 3 sold 456 units in May and set a new sales record in Canada. Sales continued to build through June.

Mercedes-Benz has rolled out electric delivery vans in Germany. The effort also comes with an app to choose and configure the perfect van based on their duty cycle.

Congressional Democrats have introduced a bill in the U.S. House of Representatives to lift the cap on federal electric-car tax credits and extend them for 10 years.

Apple has detailed how it plans to completely rebuild its Maps smartphone application.

Finally, the Hyundai Kona earned top marks for crash safety but received a “Poor” rating for its headlights.

← Mercedes-Benz introduces electric delivery vans, with an app, in Germany Paris-Dakar Porsche 959 to be first of its kind to cross auction block →