Entry-level VW crossover for US to be badged a Taos

The United States misses out on the compact T-Roc crossover SUV, but local Volkswagen fans can look forward to a similar sized offering from the German automaker in the coming year.

The new compact crossover will be called the Taos, VW said Thursday, and the covers will come off October 13.

The name comes from the town of Taos, New Mexico, which in addition to a rich history is known for its artist community, ski resort, and nearby landscapes that range from plains to the Rio Grande Gorge and Sangre de Cristo mountains.

Teaser shots provide a glimpse of the Taos. The vehicle is expected to be based on the Tharu compact crossover sold in China and Russia. The Tharu spans 175.3 inches in length, with a generous 105-inch wheelbase, has up to 54 cubic feet of storage and is fitted with the choice of 1.2-, 1.4 and 2.0-liter turbocharged engines.

The sole transmission in the Tharu is a 7-speed dual-clutch unit, and buyers can choose between front- and all-wheel-drive configurations.

The Taos will be sourced from VW’s plant in Pueblo, Mexico, with production due to start in 2021, meaning we’ll likely see it introduced for the 2022 model year. Expect prices to start in the low $20,000 bracket. 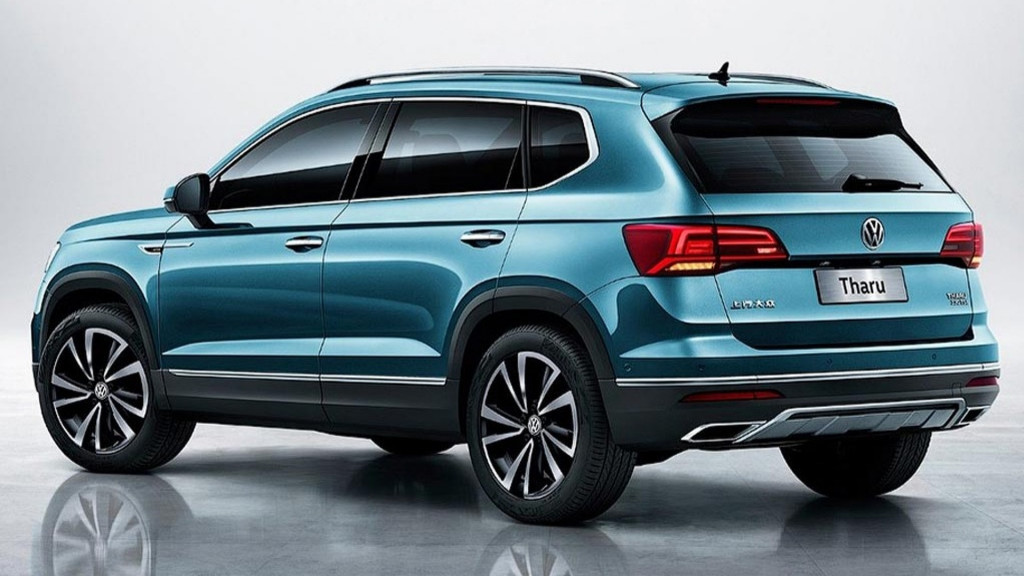 The Taos will ride on on Volkswagen Group’s flexible MQB platform found in the larger Tiguan and Atlas models. The vehicle will help fill the void in the all-important compact crossover segment in VW’s local lineup, a void created by the Tiguan growing into a small crossover for its second generation. Rivals in this space include the Chevrolet Trax, Jeep Compass and Toyota C-HR.

VW has another compact crossover headed to the U.S. shortly, though this one will be a battery-electric model. We’re talking about the ID 4 which debuts in late September.