Lithium is a critical ingredient for today’s electric-vehicle batteries. Although a host of chemistries show promise—such as sodium-ion, fluoride-ion, or iron-ion—lithium-ion is proven, and the demand for it has been increasing rapidly as electric cars take off.

And yet lithium has become unexpectedly plentiful and a lot cheaper this year. According to the Financial Times [subscription req’d], lithium prices are in a slump—due to a drop in demand from China, as government subsidies expire, combined with a rapid increase of production from new mines in Australia.

Bloomberg noted in July that supplies of lithium from Australia alone are expected to rise by 23 percent in the next two years, and six new mines have been opened there since 2017, partly to accommodate what suppliers, automakers, and the industry anticipate will be about a tenfold increase in lithium demand for batteries. 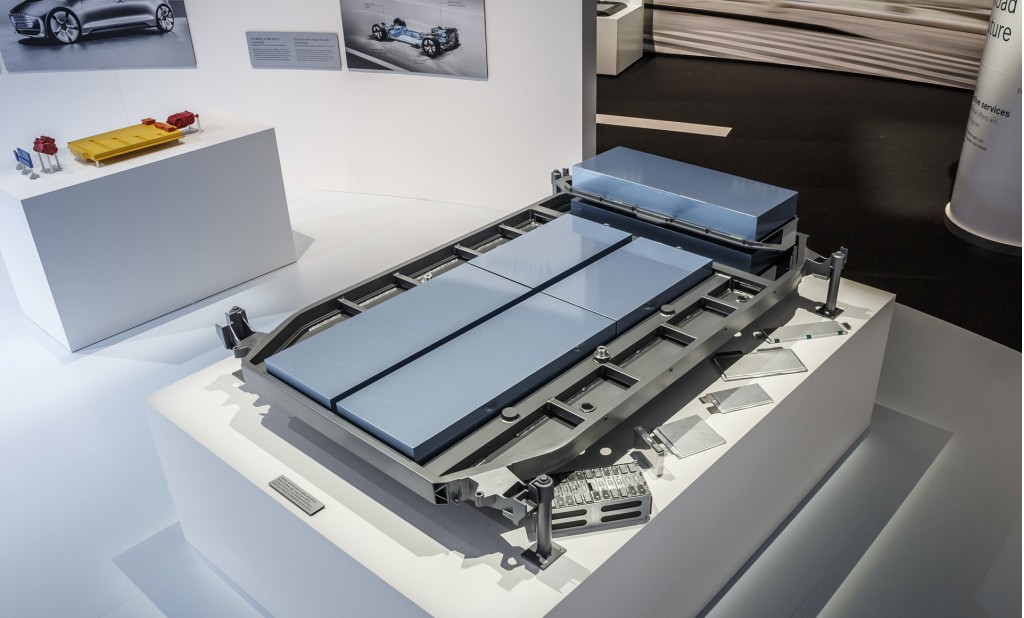 Prices for the core raw-material product, lithium carbonate are down 13 percent this year; and the Solactive Global Lithium Index, which tracks the performance of companies active in exploration and mining of lithium, is down more than 50 percent since January. Other major producers are reporting earnings and profits down significantly.

The FT anticipates that in 2021, 56 percent of the world’s lithium-ion battery capacity will be in China, with 19 percent in Europe and 14 percent in the U.S.

Although future innovations pertaining to battery cathodes could help increase energy density—with a different balance of cobalt, nickel, and manganese—lithium will remain the preferred electrolyte. And even in a migration to solid-state cells with a solid electrolyte, lithium is anticipated to be the favored one for many years. 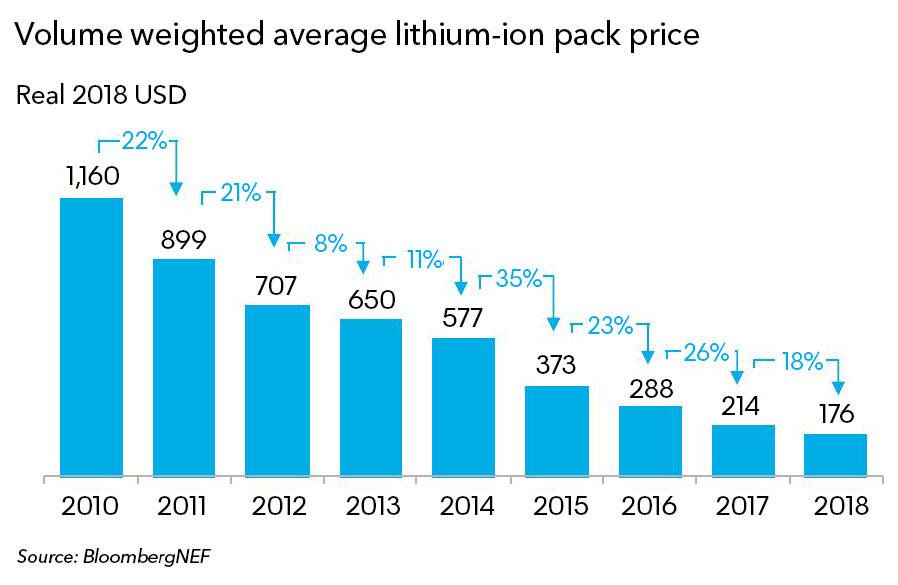 Bloomberg New Energy Finance expects the rapid affordability gains for batteries in EVs to slow somewhat over the next few years, with the average electric-vehicle battery pack price still falling significantly from today’s $176 per kwh to $94/kwh by 2024 and $62/kwh by 2030.

Don’t expect complete automotive cells to go way down in price because of the lithium glut either. That’s because companies were so worried about sourcing lithium, the concerns over cobalt supply (and its troubled sourcing from the Democratic Republic of Congo) haven’t gone away. Nor has the surge in nickel prices this year, which may be linked to battery supply issues seen earlier this year.