Fisker might build an electric pickup truck to take on Rivian, Tesla

The revived EV brand Fisker hasn’t even launched the sedan and SUV it’s been teasing for a couple of years, but that hasn’t stopped founder and CEO Henrik Fisker from talking about, and teasing, the next two models.

Fisker took to Twitter on Wednesday and tweeted a teaser image that is clearly a CGI render of one of the supposed two vehicles set to come after his electric SUV.

ALL automotive segments have to be electrified ! After our Fisker electric SUV, we have already decided on our next 2 EV’s on the same platform! #fisker #EVs #ElectricVehicle #Automotive #sustainability #cool #FutureTech #Trending pic.twitter.com/0FRt0yolsR

The tweet said the automaker’s next two electric vehicles (set to come after the SUV that hasn’t been shown yet) have been decided, and both will ride on the same platform.

The CGI render appears to be a pickup truck shown from the rear. The tailgate has Fisker stamped into it in big capital letters and a horizontal character line runs the width of the tailgate. While the tailgate (and presumably the body) appear to be silver, the top of the cab is black. This design isn’t out of character for Fisker as one of the first teasers for the upcoming SUV showed a red body with a black roof, which gave the vehicle a two-tone appearance.

Should Fisker’s third vehicle (the first being the EMotion sedan that still hasn’t launched and is behind the promised schedule, and the second being the SUV) be a pickup that shares its platform with the fourth vehicle, that would make the fourth vehicle a large SUV akin to the Rivian R1S.

If Fisker does dive into the electric truck scene, it’ll face stiff competition. Tesla has an electric truck in the works that will, according to Tesla CEO Elon Musk, be unveiled this fall. Ford has not only a hybrid variant of its F-150 in the works but also an electric model, which it recently teased with a prototype pulling a train. General Motors also has an electric pickup truck in development. There’s also EV startup Rivian with the R1T and the aforementioned R1S.

Fisker’s EMotion electric sedan was originally due in 2019 but the launch has been delayed as the automaker works to develop solid-state batteries. Fisker now plans to launch three “affordable” models starting with the SUV, and then the EMotion as a flagship.

The Fisker SUV has been teased numerous times and is set to be unveiled in December ahead of a planned launch in 2021.

Stay tuned for further updates as this story develops. 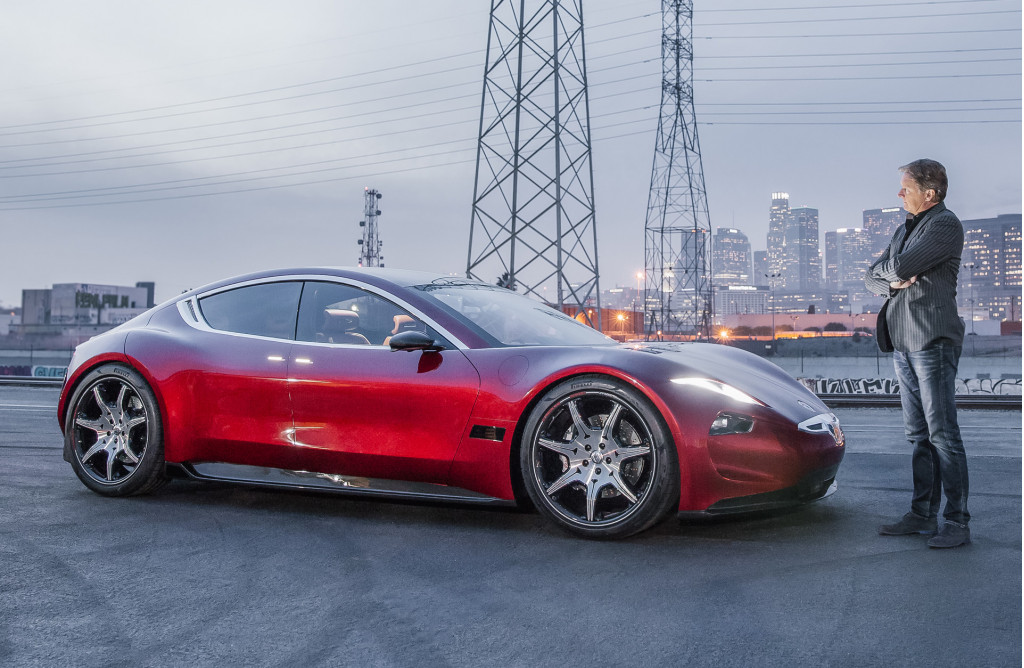