Long-time Daimler CEO Dieter Zetsche finally stepped down on Wednesday after more than four decades with the automaker, 13 years of which were spent as its CEO. In his characteristically comedic style he played a role in a fun video produced by rival BMW where he reveals he’s had an i8 Roadster tucked away in his garage for some of that time.

Zetsche is seen in the video farewelling Daimler employees before being dropped off at home in a Mercedes-Benz S-Class. After the S-Class has pulled out of the driveway, the garage door opens and Zetsche scoots out in the i8, with the words “Free at last” appearing.

The video, while fun, also helps lay the groundwork for a closer relationship between Daimler and BMW. The two have already merged their mobility divisions and are working together on self-driving technology, and both have stated they’re open to sharing whole vehicle platforms in the future. 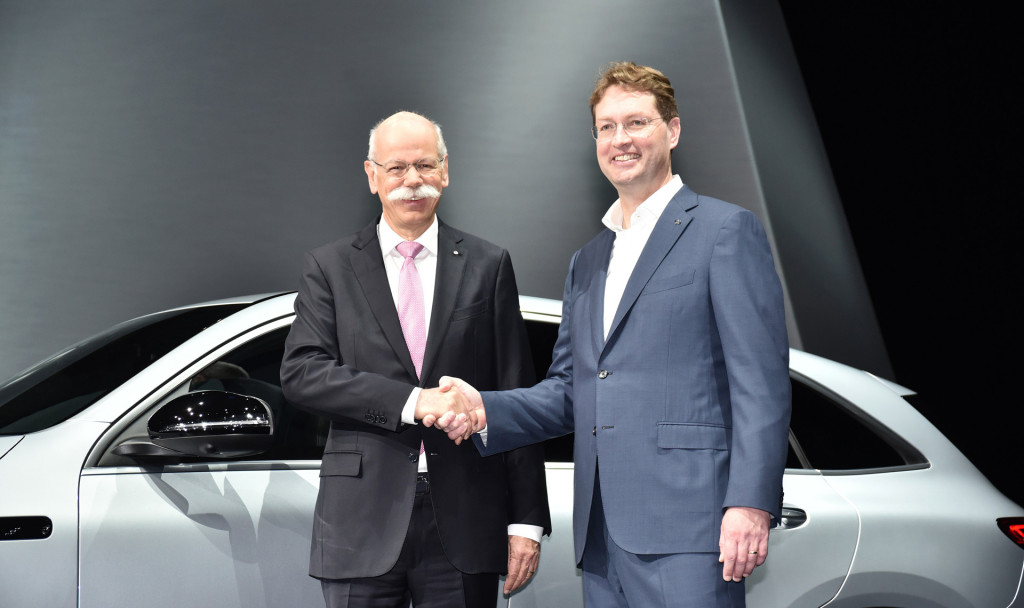 Daimler and BMW are seeking to reduce costs as they spend up big to develop electric cars and self-driving technology. BMW earlier in May said it aims to cut $13.4 billion by the end of 2022. Zetsche stressed Daimler’s need to cut costs and improve profitability in his final speech as CEO at Daimler’s annual general meeting held in Berlin on Wednesday. He didn’t provide any figures but German media in April reported that Daimler is seeking cuts of $6.75 billion by 2021.

Overseeing the cuts at Daimler will be new CEO Ola Kaellenius, though he’ll have plenty of help from his predecessor. Zetsche isn’t leaving Daimler entirely. His departure from the CEO post is part of a succession plan at the automaker that will more than likely see him become the next chairman of Daimler. German law requires a former CEO to undergo a 2-year cooling off period before joining the board of directors. Zetsche isn’t likely to face stiff competition for the chairman position in 2021, but he’ll still need shareholders’ approval when the time comes.