Gemballa the latest to preview an off-road-ready 911

In the same week that Ruf unveiled its Rodeo Concept, rival Porsche tuner Gemballa has revealed the design of its own off-roader inspired by Porsche’s 911 SC Safari rally car launched more than 40 years ago.

Unlike the Ruf which is based on a bespoke carbon fiber monocoque and only resembles a 911, Gemballa’s off-roader, labeled the Avalanche 4×4, is based on an actual 911, specifically the 991 generation.

Judging from the teaser sketches, the Avalanche 4×4 will be a very rugged vehicle similar to the type that tackle the Dakar Rally each year. If the famous Rothmans Porsche 959 that blitzed the 1986 Dakar was built today, we wouldn’t be surprised if it resembled what we see here.

The teaser reveals a raised ride height, pumped fenders housing huge off-road tires, and a high-downforce kit. The resulting vehicle should be quick regardless of the road surface. 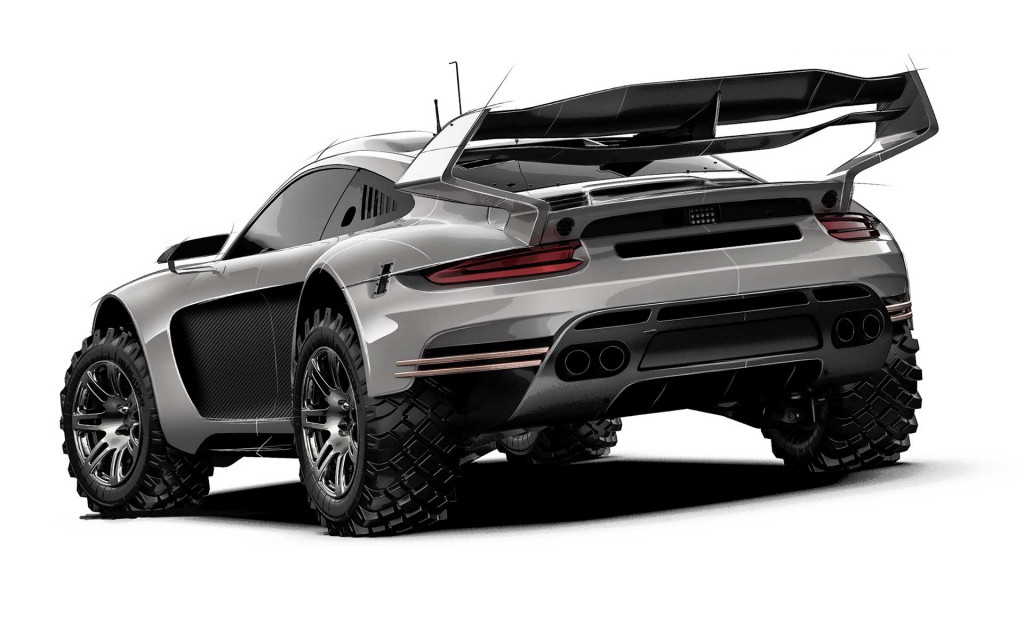 How quick remains to be seen as Gemballa didn’t provide any performance numbers. However, the company offers an 818-horsepower upgrade for the 911 and is currently working on a 1,000-hp upgrade.

Gemballa expects to start deliveries of the Avalanche 4×4 within the next 24 months. And should you prefer your off-roaders with more conventional SUV bodies, Gemballa also plans to launch a similar package for its Porsche Cayenne-based Tornado.

Concurrent with these vehicles, the company is also developing a standalone supercar due for a reveal later this year.

Note, we’ll be treated in the coming weeks with the design of yet another off-road-ready 911. This third one will come from the new company started by Marc Philipp Gemballa, the son of Gemballa founder Uwe Gemballa.