In the video clip above, you see James “Jim Streets” Skonzake use a remote control to drive the Golden Sahara II custom car onto the stage of the “I’ve Got a Secret” television show. Streets bought the car from George Barris and took it on a national tour that included an appearance int the Jerry Lewis movie, “Cinderfella.”

But Streets then put the car into storage in Dayton, Ohio, and it remained there until being discovered after his death in 2017 and consigned to Dana Mecum’s annual Original Spring Classic auction this past May at Indianapolis.

The car was purchased at the auction by the Chicago-based Klairmont Kollection. Larry Klairmont hired Speakeasy Customs and Classics of Chicago to restore the car and turned to Goodyear for help with the car’s unusual glowing tires. The car and its tires were showcased Tuesday at the 2019 Geneva Motor Show.

“The 1950s and 60s were a period of intense innovation for Goodyear,” said Henry Dumortier, vice president of consumer products for Goodyear Europe. “We partnered with mobility pioneers in everything from lunar exploration to land speed records. Goodyear’s collaboration on the Golden Sahara II project was our first step in shaping the future of autonomous mobility.”

“Developed by Jim Street and legendary custom car designer George Barris, the Golden Sahara II was a platform for testing new electronics systems,” Goodyear said in its news release. “It featured a control system with an aircraft-inspired control lever for acceleration, braking and steering and an automatic braking system that used sensors to detect potential objects in the car’s path.

“The car’s tires were developed by Goodyear using Neothane, a translucent form of synthetic rubber, and contained internal lighting, which allowed them to glow. This was part of broader research by Goodyear into the feasibility of tires that could help improve visibility in bad weather conditions or be wired to light up when a driver hit the brakes.” 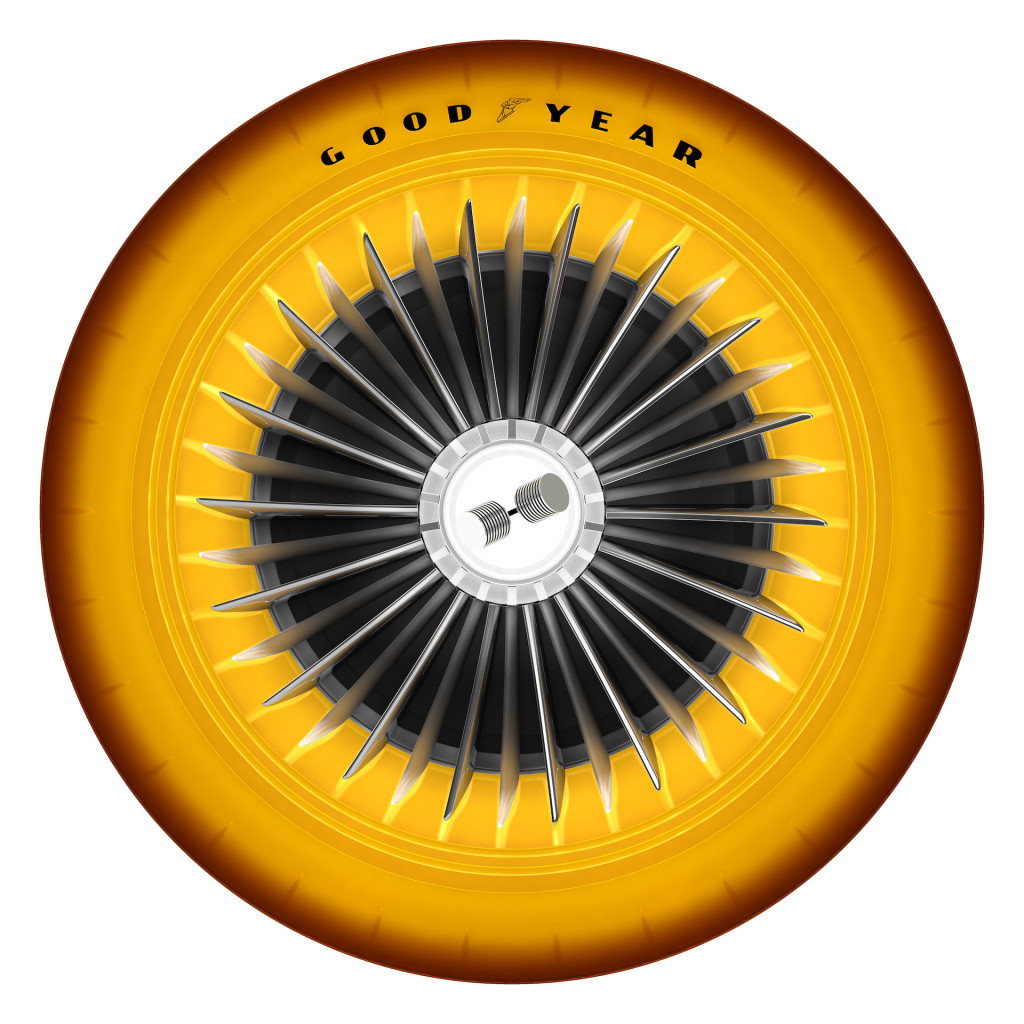 “The Golden Sahara II is a unique vehicle and a part of American motoring history,” Klairmont is quoted in the Goodyear announcement. “My team and I are proud to have partnered with Goodyear in bringing this iconic vehicle back to life at the 2019 Geneva International Motor Show.”

“We are truly honored to have once again been a partner in the Golden Sahara II project,” Dumortier added. “Discovery and innovation continue to be the core of what Goodyear does. Working on projects like the Golden Sahara II and the concept tires that we present at Geneva is an opportunity to stretch our imagination and envision the possible products and services of the future.”

This article, written by Larry Edsall, was originally published on ClassicCars.com, an editorial partner of Motor Authority.

← Toyota patent details fragrance system to bombard thieves with tear gas Peugeot will focus on compact, mid-size segments for its US return →