Here's your first look at the production 2018 BMW X2 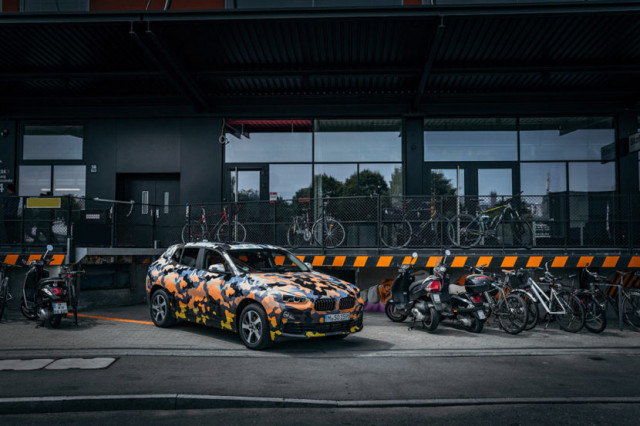 The folks over at HighSnobiety got their hands on some exclusive images of the all-new 2018 BMW X2. It’s the front-driving hatchback crossover from the Bavarian automaker, and it’s the first time we’ve seen it in anything other than prototype or concept form. Granted, the one here is heavily camouflaged, but it’s still apparently the production version.

The folks at BMWBlog have all the insight on this new addition to the family. We’ve known a few things about this future coupe-like crossover for a while now, though, as the concept version was shown last year in Paris. The production version appears to be a fairly faithful rendition of that concept.

So what can you expect to find when you’re able to place an order for one? BMW will offer a choice of engine options similar to that of the X1. Small-displacement 4-cylinder engines paired with forced induction by way of turbocharging should scoot the X2 along quite nicely.

According to BMWBlog, M Performance will also get its hands dirty on the new model. It seems an X2 M35i xDrive version will be made available at some point in the near future. Thankfully, it will route (a hopeful) 300 horsepower out to all four wheels rather than down through the front rollers only.

Other versions will also be offered in xDrive form, so you can live out your entry-level luxury soft-roading fantasies.