Jon Olsson, keeper of many over-the-top vehicle builds, has once again modified his Mercedes-Benz G500 4×4. This time, the convertible G-Class now sports a roof.

For those who haven’t followed the G500’s modification saga, the professional skier aimed to build a high-power beach cruiser. It also wouldn’t fit in a parking garage, which posed a problem. Thus, the hulking SUV had its roof chopped off to become a full-time convertible.

The thing about a vehicle with no roof is the driver, and any other passengers Olsson invited along for the party, were susceptible to anything Mother Nature decided to bestow on any given day. The latest video shows one clip where everyone legitimately pulls out umbrellas to shield themselves from a thunderstorm. So, the athlete sent the G500 for modification yet again, and it came back with a safari-style top.

As you’ll see, the top features vinyl windows and both zippers and clips to lock it in place. When it’s time to take it off, a few zips and pops from the clips turn the G500 back into a convertible. Gaudy, but functional. 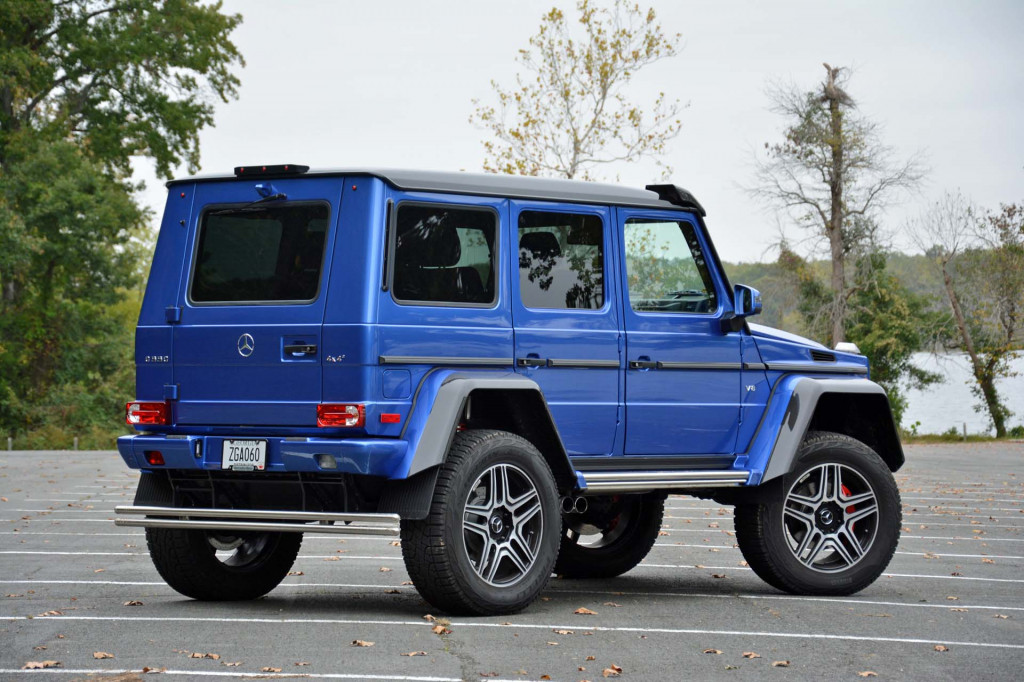 DT Mobility is responsible for the latest modification, which said it takes two months to turn the G500 back into a regular convertible. It was also sturdy as could be when the company tested its custom roof at nearly 100 mph. The company also wrapped the SUV in a new satin white color with some custom graphics for Olsson.

Inside, there are new white accents and new AMG seats, which the professional athlete says are far more comfortable for him. Apparently, the previous seats made it impossible for Olsson to see out over the hood.