The chance to own a real piece of Ford and Shelby history is coming up.

Mecum is set to auction off the 1965 Ford Shelby GT350 Competition raced by Ken Miles at Green Valley Raceway in Smithfield, Texas, back in 1965.

The day was Valentines Day, February 14, and it was the first time that a GT350 Competition, more commonly known as the GT350R, was entered into a sanctioned race, in this case an SCCA event. Miles won the race, and in doing so he proved the capability of the GT350R. He also got the car airborne at one point, with the image of the car—all four wheels in the air—forever etched in Mustang history. The stunt even earned this particular car the Flying Mustang nickname. 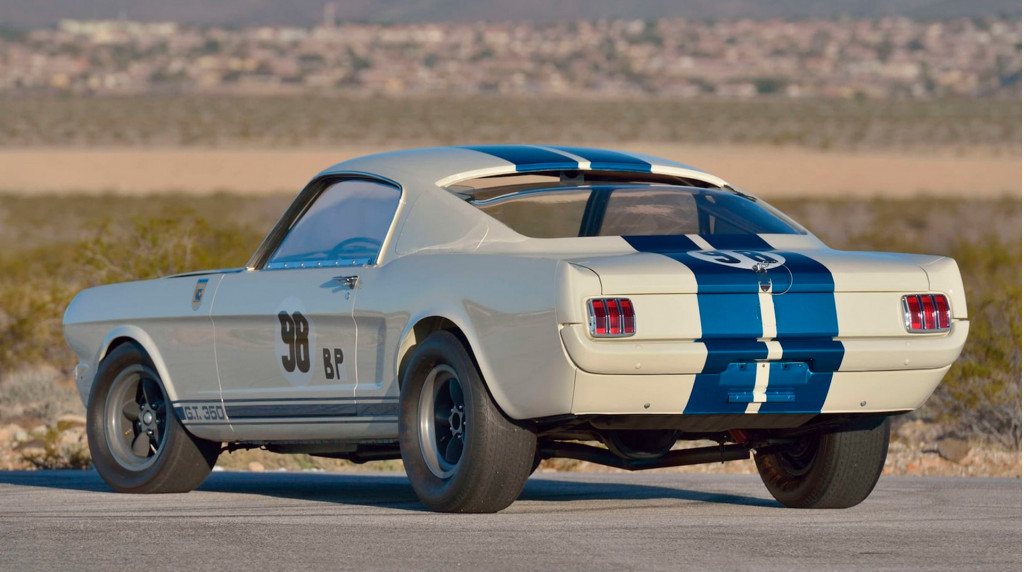 Other famous drivers who spent time behind the wheel include Bob Bondurant, Chuck Cantwell, Peter Brock, Jerry Titus, and of course Carroll Shelby.

The car, which bears chassis number 5R002, is the first GT350R built by Shelby (it’s one of two prototype examples built for 1965). It also happens to be the second GT350 built by the company. 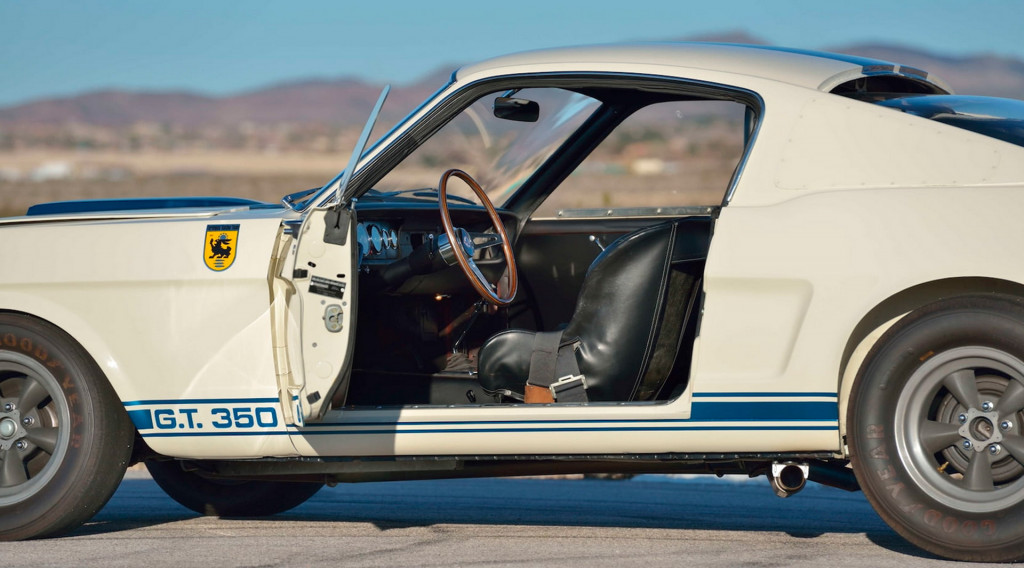 Given its pedigree, the car could easily fetch more than a million dollars at auction. Its sale will take place during Mecum’s Original Spring Classic event to be held at the Indiana State Fairgrounds in Indianapolis, Indiana, from May 12-17. The highest price bid for a Mustang at auction is the $3.4 million bid on the original “Bullitt” movie Mustang at a Mecum auction held in January.

The seller this time is famous Shelby collector John Atzbach who acquired the car in 2010 and had John Brown of Thoroughbred Restorations in Oklahoma City, Oklahoma, restore it to its original racing configuration as seen at Green Valley. He’ll be putting this Mustang up with 11 other cars from his collection on the auction block. The rest are made up of more Shelby Mustangs, a 289 Cobra and a pair of Lamborghinis.

Note, some of the same people who worked on this very car back in the 1960s are building 1965 Shelby GT350 continuation cars and three of them will be special Ken Miles versions built mostly to the same spec as 5R002.

← Study: Particulate emissions from tire wear is higher than from tailpipes France's Citroën will rent its Ami two-seat electric car for less than $23 a month →