January 11, 2016 11:15 am
2.4k
SHARES
Share on FacebookShare on Twitter
Kia pulled the covers off the dramatically styled new Kia Telluride concept at the 2016 Detroit auto show. Purely a concept vehicle for now, the Telluride aims to preview the future of Kia design.

Riding on a modified Kia Sorento chassis, the Telluride is a visually striking, aggressive three-row SUV. On the outside, the Telluride combines smooth, rounded lines with a slab-sided appearance that is not too far removed from what we have seen from Range Rover and even the new Bentley Bentayga. Up front, Kia’s signature “tiger-nose” grille has been greatly enlarged, resulting in an imposing front fascia. Massive 22-inch wheels fill the bulging, plastic-clad fenders, and are wrapped in special Hankook Ventus ST 275/45R22 tires. 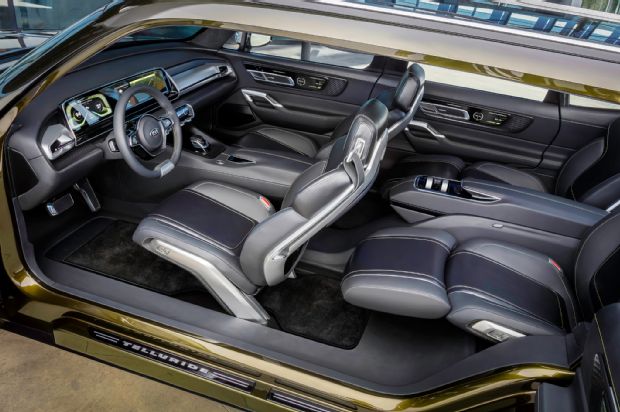 Inside, four captain’s chairs are trailed by a split-folding third row of seats. The seats have powerful sensors that collect and analyze each passenger’s vital health stats, which are displayed on the door panels. Once the data is collected, the car activates a series of LED light arrays that pulse to varying degrees in order to combat fatigue. 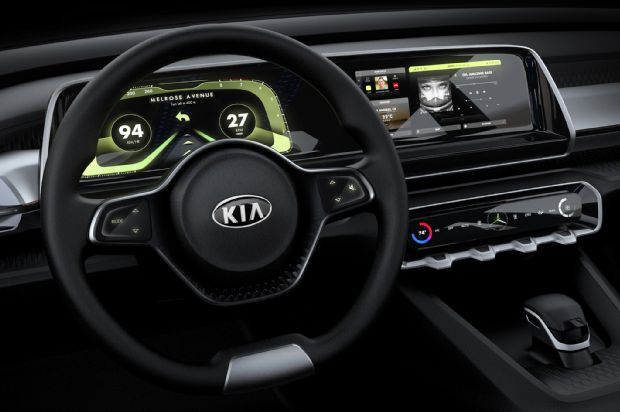 Kia has previously released a teaser image of the front center console, where three screens serve as the primary instruments, the climate controls, and the infotainment system. Up front, the Telluride also includes Kia’s first 3D-printed components, in the dash, door panels, and steering wheel.

Underneath the attractive truck-ish body lies a naturally-aspirated V-6 with a hybrid motor, producing a combined 400 hp. Power is sent to all four wheels, and the hybrid drivetrain allows the Telluride concept to achieve over 30 mpg on the highway.

For now, the handsome three-row SUV remains a concept, but influences of the unique design could find their place on future models from the Korean automaker.