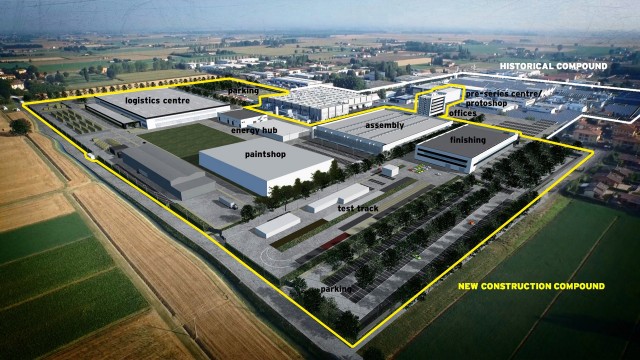 Lamborghini delivered a record 3,457 cars in 2016. With the arrival of its new Urus SUV, Lamborghini is predicting the number of deliveries to double.

With Lamborghini choosing to assemble the Urus at its home in Sant’Agata Bolognese, some major upgrades are in store for the site.

The main upgrade will be a new paint shop that will span approximately 100,000 square feet and be fully operational by the end of 2018.

Lamborghini will also require an additional 200 staff once the expanded plant is at full capacity. This is in addition to the 500 staff already hired for Urus production.

The Urus, which was previewed at the 2012 Beijing auto show by a concept of the same name, will make its debut later this year. Deliveries in the United States won’t commence until the third quarter of 2018, though.

At launch, the Urus will be available with a twin-turbocharged V-8 delivering 650 horsepower. A plug-in hybrid model combining the V-8 with an electric drive system will be added approximately one year after the SUV’s launch.

And though the focus of the Urus will be on-road performance, Lamborghini has confirmed there will be modes to handle off-road conditions such as sand, snow, gravel, etc. Lamborghini has also hinted that there will be a personalized mode similar to the Ego mode introduced on the Aventador S.

Pricing for the Urus is expected to start below $200K, which would make it the most affordable model in the automaker’s lineup.