Lotus is no newcomer to electric cars, having produced the chassis for the original Tesla Roadster.

On Wednesday, the British sports car company unveiled its own electric sports car, the Evija, which it says will be the most powerful car on the market with electric motors producing 1,973 horsepower. The company didn’t list its battery size, but says it will be able to charge fully in nine minutes.

With the Evija, the brand is climbing away from the attainable sports cars it currently produces—including the Elise, on which Tesla based its original Roadster—back toward supercars like the Elite, only with an electric drivetrain.

The Evija was designed in conjunction with British engineering consultancy Williams Advanced Engineering, and only 130 will be made. The car will compete with the upcoming Pininfarina Battista, targeted to have 1,877 horsepower. Pininfarina, a new automaker from the renowned Italian design house, will produce 150 Battistas starting next year. 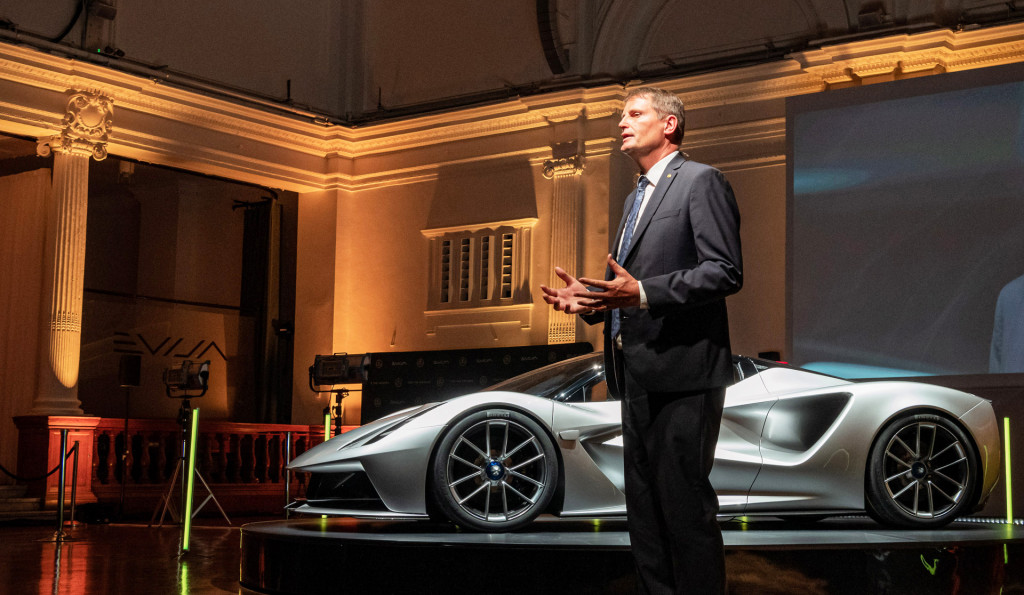 The Evija is based on an updated version of Lotus’ current platform.

Chinese auto giant Geely, which owns Volvo, has a controlling stake in Lotus. The British brand plans other new models to follow the Evija, based a Geely platform designed for electric powertrains, CEO Phil Popham told British auto magazine Autocar in an interview.

The new models will be more focused on practicality and affordability and will be designed to carry both batteries and electric motors and gasoline powertrains. Every new model from Lotus, however, will offer an all-electric version, Popham said, though those future models are still several years off.