Lynk & Co. plans to take on the World Touring Car Cup series this year as part of a new partnership with Cyan Racing, formerly Polestar. However, the company has a road car program in the works as well, and the result is the 03 Lynk & Co Cyan concept that the partners showed testing on the track for the first time on Tuesday.

The 03 Cyan concept is the racing team’s interpretation of a race car for the road, and the team knows a thing or two about building road cars from race cars. When Cyan Racing was part of Polestar, it worked on the Volvo S60 and V60 Polestar models, for example. Today, Polestar is a standalone brand inside China’s Zhejiang Geely Holding Group. 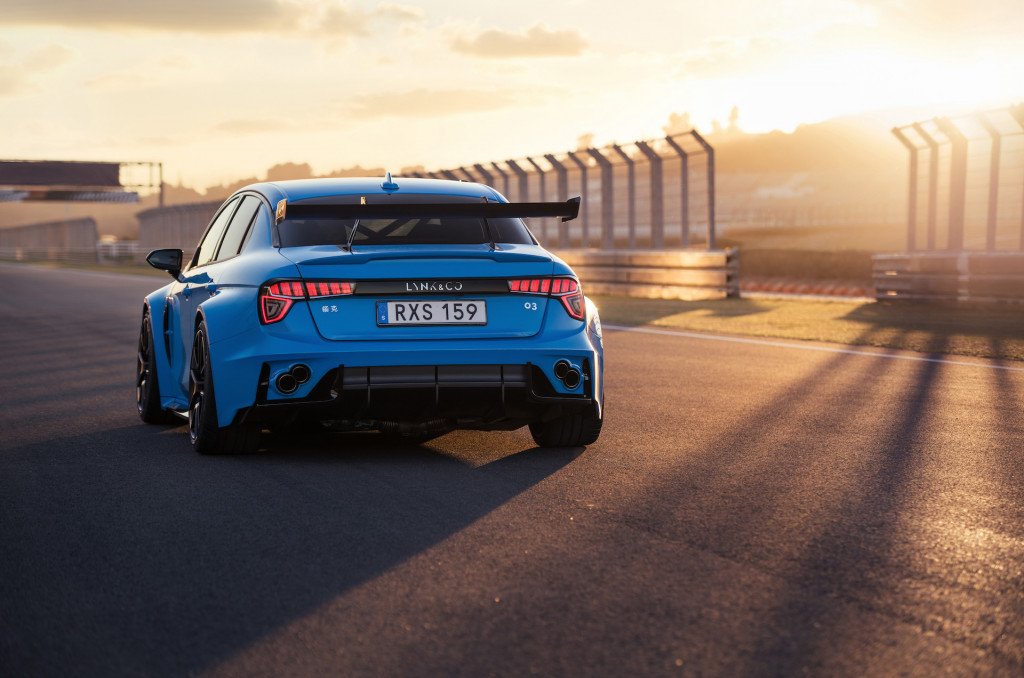 Cyan and Lynk & Co. have tuned the regular 03’s 2.0-liter turbocharged inline-4 engine to make 528 horsepower and 372 pound-feet of torque in the concept. That’s a lot of power to send through the front wheels, but it launches the car from 0-60 mph in 4.4 seconds on its way to a top speed of 193 mph.

“This car is a development platform for future production performance road cars based on Lynk & Co technology,” said Henrik Fries, Head of Automotive R&D at Cyan Racing. Lynk & Co. That seems like a big hint that the rather young brand has performance aspirations. The brand is part of Geely, which also owns Volvo. So far, Geely has only launched Lynk & Co. in China but has plans to break into the European market this year. Eventually, it wants to sell cars in the United States, too. 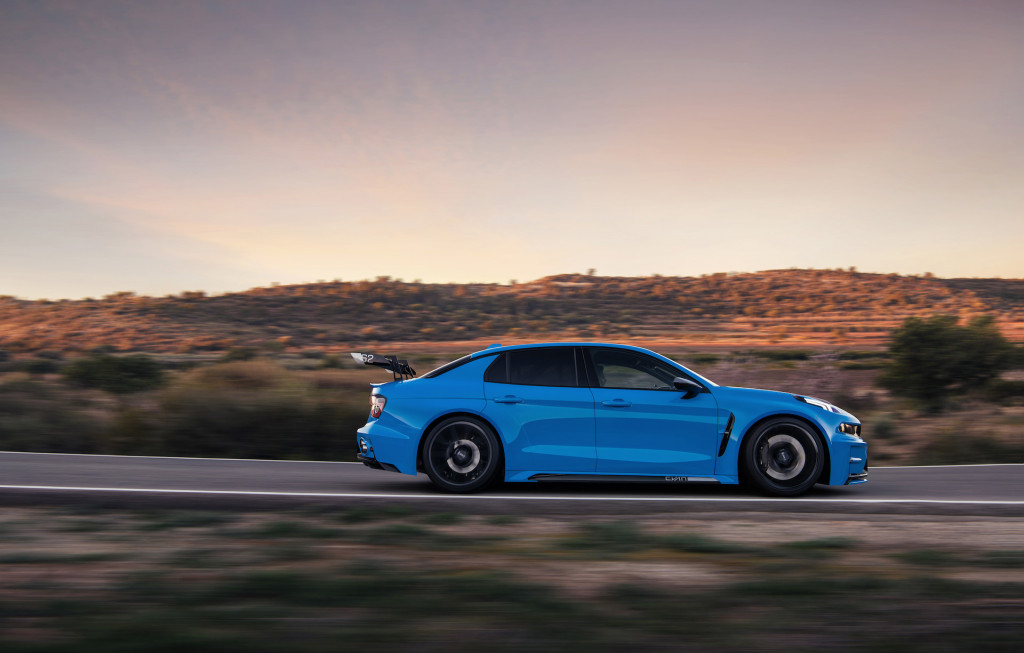 Lynk & Co. admitted in Tuesday’s announcement that the concept is rather extreme. Thus the 6-speed sequential gearbox, Ohlins adjustable dampers, 285/35 tires on 20-inch wheels all around, and front 14.9-inch brake discs with six-piston calipers. We likely won’t see the 2,837-pound, 528-hp 03 sedan make it to production. However, Thed Björk, racing and development driver for Cyan Racing, said the team wanted to push the limits first and foremost.

Tuesday’s announcement said the next stage for the 03 Cyan is to join the race team in pre-season testing at the “most-legendary circuit in the world.” We can only guess that means the famed Nürburgring Nordshliefe. The 03 Cyan concept may not actually reach production, but you can bet that the lessons Lynk & Co. and Cyan Racing learn while developing it will find their way into future road and race cars that could eventually reach the U.S.