It’s been a long road since 2010, but British supercar/sports car maker McLaren has just assembled its 20,000th car.

The brand made the announcement on Monday and said the 20,000th McLaren is a right-hand-drive 600LT Spider in Chicane Gray. The 600LT is the latest in a line of Longtail models, and the brand said all production slots for the coupe version have been sold out.

McLaren hand assembles all of its cars, which makes the 20,000 mark that much more significant. The company built 10 cars per day up until 2016 when a second shift came online. Now, McLaren builds 20 cars per day. From the production site in Woking, England, the cars are shipped to 32 different markets around the world.

In total, 4,800 cars left the factory in 2018, and production will be capped at 5,000 cars per year in the near future to maintain exclusivity, McLaren said in the announcement. Before the end of 2025, the company plans to raise production to 6,000 cars as McLaren expands its portfolio. A booming global economy in the latter half of this decade has helped increase demand for McLaren’s products. The company underscored that demand for its cars only continues to grow each year. 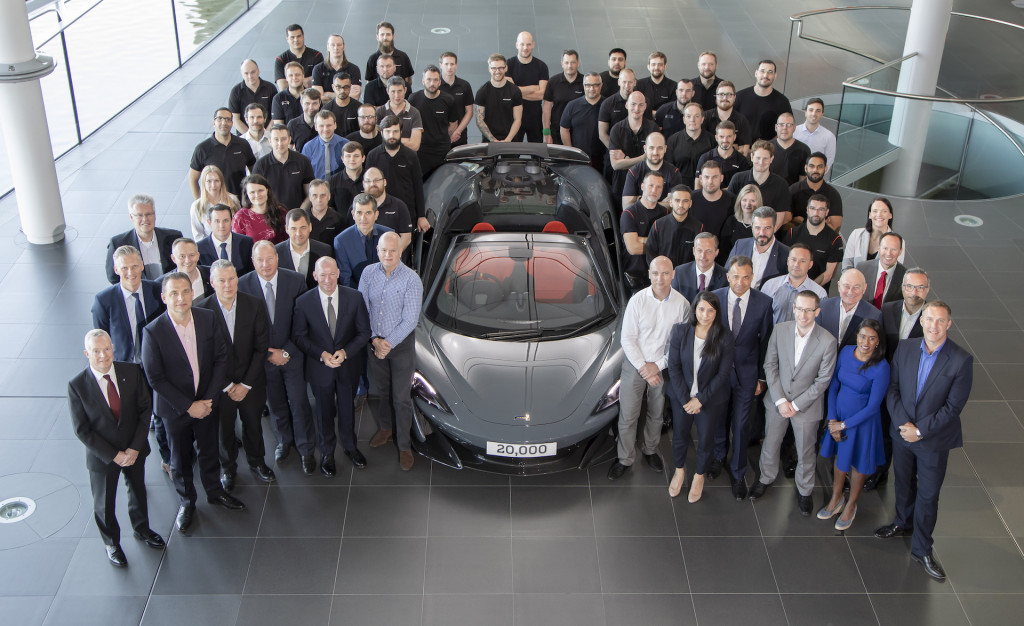 Another addition to the McLaren family will debut this week. The brand plans to reveal its Grand Tourer—a new standalone model within the company. The Speedtail will also join the portfolio next decade as a proper McLaren F1 successor. We can’t forget about a P1 hypercar successor, either.

There’s no word on where the 20,000th McLaren is headed, but whomever the owner is will own a very special car.