McLaren Speedtail build slot can be yours for $5.5M

Often, by the time we’ve learned the specifics about a new model in McLaren’s Ultimate Series, it has already sold out. That’s what makes today’s nugget out of Dubai so special. If you have $5.5 million (plus the cost of the car itself), a spot in line to purchase a spankin’-new McLaren Speedtail can be yours.

A used car dealer in Dubai is advertising the build slot via the German website Mobile.

Cars like the McLaren Speedtail tend to be unobtanium even for some of the world’s wealthiest car enthusiasts. The limited production runs and reservation system prove to be incredibly high barriers to entry even for those with plenty of cash to throw around. For that reason (and plenty of others), we’re inclined to endorse Carscoops‘ cautionary words regarding due diligence if you want to pull the trigger on this build slot. If it all checks out, the buyer will be among the elite and the lucky 106 owners to land an example of McLaren’s successor to its epic F1 supercar. 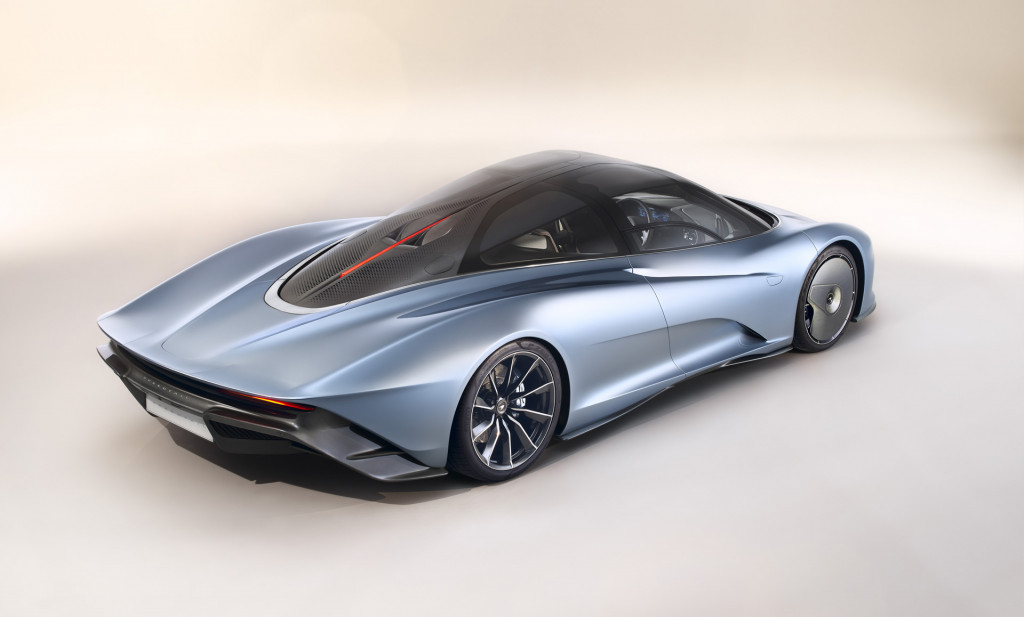 McLaren calls the Speedtail a “hyper GT” to emphasize the fact that it’s as much a road car as it is a track monster. Its 1,035 horsepower will make it an absolute rocketship, but setting lap times isn’t the goal. Unfortunately, while it’s meant to rule the road, Americans will have trouble making that a reality. Like the F1 that inspired it, the Speedtail features a central driving position. Two passenger seats flank this central bucket, set back slightly so as not to interfere with the driver’s visibility. As cool as this may be, it plays havoc with the placement of side-impact airbags, making it tough to federalize.

On top of that, the Speedtail utilizes rear-view cameras rather than conventional mirrors. While NHTSA is currently studying the viability of cameras as replacements for federally mandated side mirrors, a green light from regulators is probably still years away.

This hasn’t deterred some 35 buyers thus far, however, which is how many Speedtail build spots McLaren says are currently held by Americans.