Mercedes-Benz could have plans for a new SLR sports car after parent company Daimler moved to renew the trademark this month.

The Drive first spotted the trademark renewal and reported the news on Thursday.

The automaker officially filed the renewal on March 1 via a New York-based law firm. The “SLR” name last appeared on a Mercedes-Benz in the form of the SLR McLaren in 2010, a supercar produced in partnership with the brand’s former Formula 1 partner at the time, McLaren. The SLR McLaren was a hot performer when it debuted in 2003 with a 5.7-liter supercharged V-8 engine that cranked out 617 horsepower. It was in production for seven years. Mercedes succeeded the car with the SLS AMG. Today, the Mercedes-AMG GT carries the SLR’s torch. 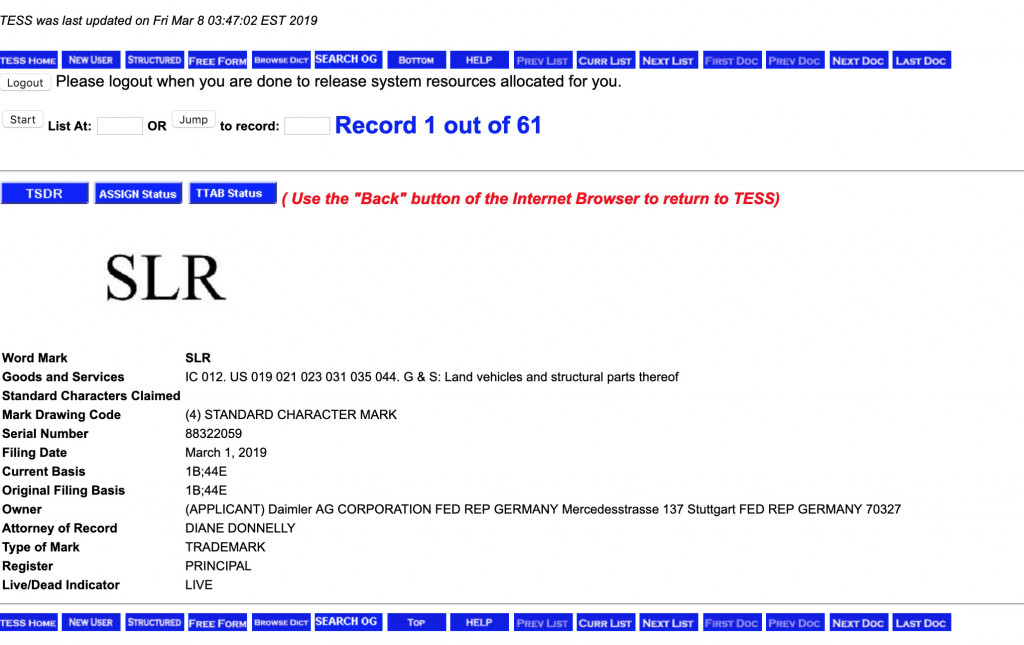 We always need to say that just because a company renews a trademark does not mean a car is bound to return. Many automakers move to renew trademarks merely to protect the name from use or to safeguard a brand. The original SLR trademark was also due to expire in 2020, so Daimler could simply be carrying out protection matters.

We haven’t heard much about an AMG GT replacement, either, but we know the car will be based on a new platform twinned with the next SL.

We’ll simply need to wait and see if the trademark amounts to some sort of new SLR in the future, or if Daimler and Mercedes just plan on protecting the name from others using it.