Despite the challenges of the pandemic, Tesla still hopes to achieve its target of 500,000 vehicle sales this year, globally.

The long-anticipated Tesla Semi will make up a relatively small portion of those sales, but it and the Cybertruck—which in August CEO Elon Musk described as a “North American ass-kicker—are especially important ones for Tesla’s reputation in the U.S. The company provided some substantive updates about both in its quarterly financial call directly following the release of Q3 numbers. 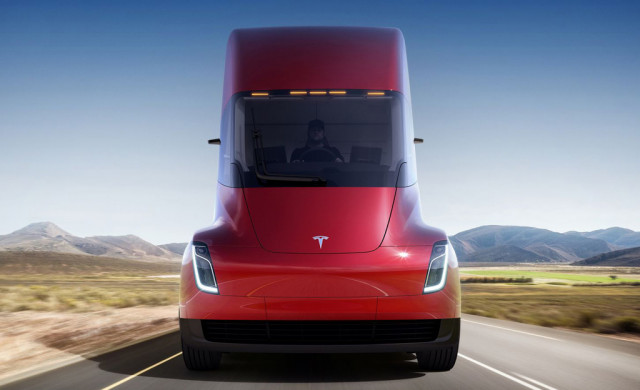 Musk emphasized that the Semi project, while otherwise ready, is up against the production constraints of cell makers. “If we are cell-constrained it’s difficult to ramp up the Semi because there are no cells,” he said.

The Semi, Musk noted, will consume a lot of cells—4 to 6 times more than a passenger vehicle.

To that, CTO Drew Baglino confirmed that Tesla’s new proprietary 4680 cells—the ones introduced at the company’s recent Battery Day that could potentially help the company halve cell cost eventually—will be made at Giga Berlin at the same time as vehicle ramp-up there.

Tesla also revealed an unexpected Semi-related detail—that it’s looking to deploy infrastructure with other parties, and aiming to settle on a standard powerful enough to be adequate to charge the truck during mandated breaks. It remains unclear if Tesla is involved either with the international standards body CharIn and other groups, which appear to be converging on a 1.2-MW standard.

That sounds quite different than the automaker’s go-it-alone approach for passenger vehicles and its Supercharger network. 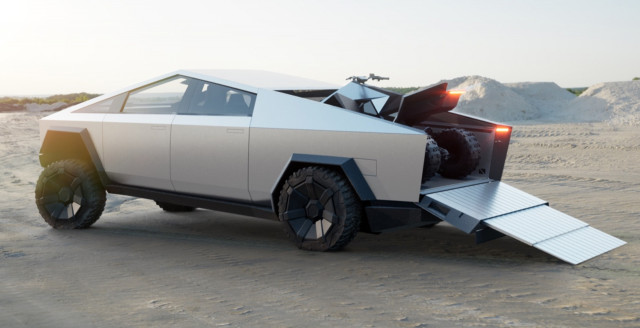 Musk said that the Cybertruck, while it presents some manufacturing challenges, is on track to be made in Austin starting next year, for initial deliveries toward the end of 2021 and a much higher level of deliveries in 2022.

“We want the car we deliver to be better than the car we unveiled,” Musk said, pointing to a number of small improvements in the truck versus what they showed.

Musk again played up the business potential of insurance, as well as the solar roof and autonomous-driving robo-taxi potential. “All of these margins are going to look comically small when you factor in autonomy,” he claimed, after suggesting that insurance could be 30 to 40% of the car business.

Battery suppliers, long playing a conservative line with respect to production and capacity, appear to be at last rising to that challenge. Just today LG Chem announced that it planned to triple its production of cylindrical cells—the sort that Tesla could use many, many more of.

← GM hasn't developed the Hummer EV yet, but its battery tech is ready Ford and Filson imagine a Bronco first responder vehicle →