Having demonstrated the ID R battery-electric time-attack special at multiple racetracks around the globe and recently introducing its first hybrid in the form of a new Touareg R, it’s clear Volkswagen R is committed to electrification.

However, there won’t be any electrification on the performance skunkworks’ next model introduction, a redesigned Golf R based on the eighth generation of VW’s Golf hatchback.

The information was revealed to Motor Trend by VW R chief Jost Capito in an interview published on Tuesday. It isn’t because he didn’t want to, but rather cost restrictions. VW R just doesn’t have the budget to develop a high-performance hybrid powertrain exclusively for one of its cars, he said. In the case of the Touareg R, the powertrain is related to the one in the Bentayga Hybrid.

As a result, the new Golf R, which debuts later this year and due in the United States alongside a redesigned Golf GTI, is likely to stick with a 2.0-liter turbocharged inline-4 like its brilliant predecessor. Peak output could be lifted beyond the old model’s 292 horsepower, though. All-wheel drive and a dual-clutch transmission will also form part of the equation, and there’s no word if a manual transmission will still be offered. 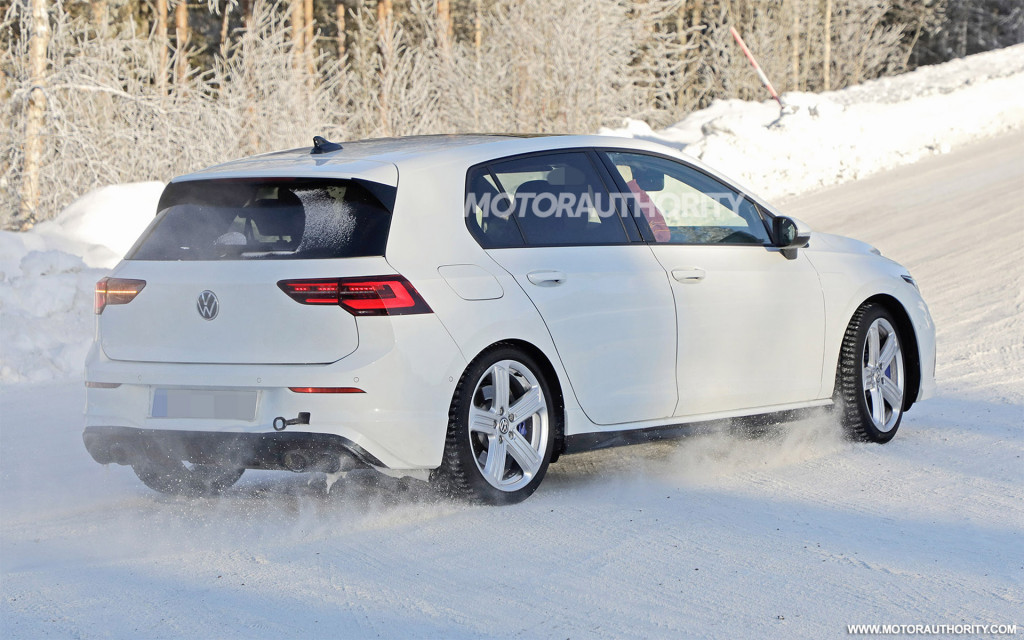 While the powertrain isn’t expected to change much, Capito told Motor Trend that the new Golf R will benefit from a “lot of small improvements,” including some technology that nobody will expect.

VW revealed its new Golf GTI earlier in March. The new Golf R is likely to debut in the summer so stay tuned.

Note, buyers outside the U.S. seeking a performance-oriented plug-in hybrid have the option of the Golf GTE. The latest generation of the electrified hot hatch packs a 1.4-liter turbocharged inline-4 and electric motor combo that delivers 242 hp. It also has a 13-kilowatt-hour battery good for about 30 miles of electric range, albeit with the top speed limited to 87 mph in this mode.

And further out, VW R could launch its own battery-electric sports car. Last May, Sven Smeets, VW’s motorsport chief, told Motor Authority that VW was looking to add an electric flagship for its R division. Since then, we’ve seen the division roll out an electric Golf R concept car.