Upon its completion, it was sent to Horn Williams Motor Company in Dallas, Texas. Even after decades, the car never left the area and has remained with the original owner’s family since 1973. In 1986, ownership changed to the current owner from his father.

Not only is the car almost fully original, but it has undergone a total restoration so that it looks like new. The most important components are totally original still. They include an original and hand-built one-piece grille, which is exclusive to early production GT350 models. The car also features a flat taillight panel, 6-point roll bar, and a steel-reinforced hood and deck lid. 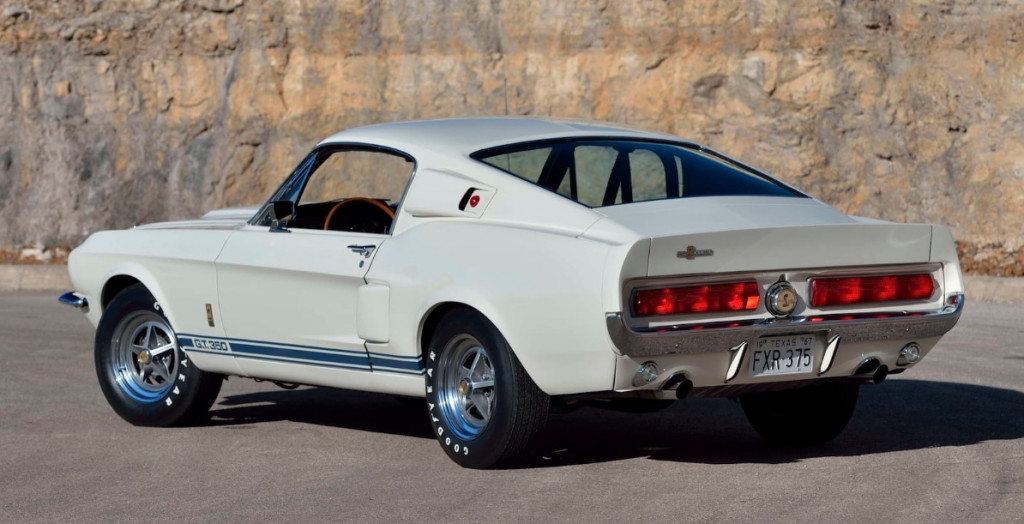 Under the hood, the original 289 cubic inch V-8 engine remains, which makes 306 horsepower, as does the matching numbers 4-speed manual transmission. Power steering and brakes are also onboard, and the current owner also added Tri-Y headers. The outside is finished in its original color combination of Wimbledon White with blue stripes on the rockers, while the interior features black leather. 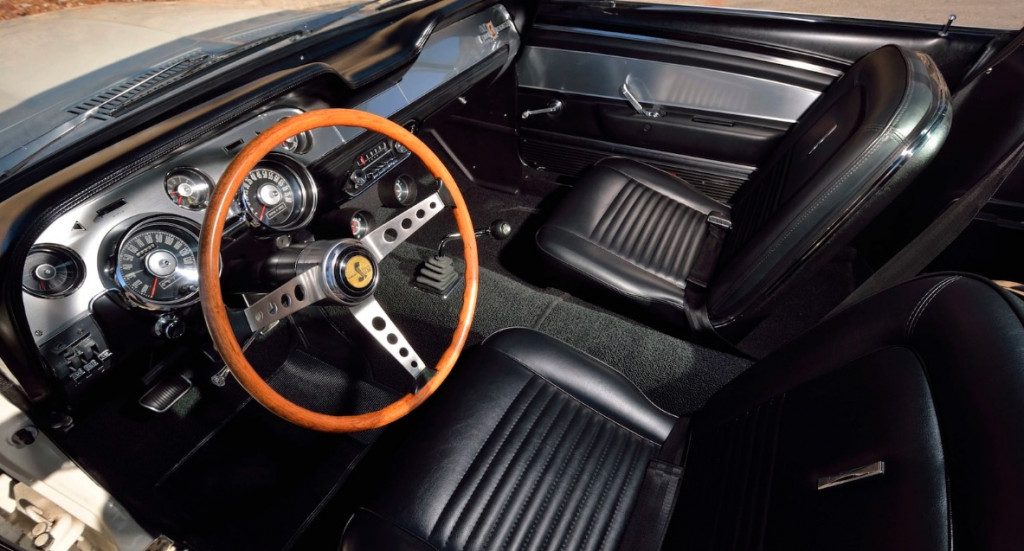 To further prove its authenticity, newspaper sale clippings and period photographs are also provided with the sale, as are copies of the invoice from Shelby American and Horn Williams where the car was sold. Even the original window sticker is present.

Mecum doesn’t venture a guess as to how much this car will sell for, but it’s hard to imagine it going for anything less than six figures.