When Polestar revealed the Precept concept car in April, it said the name meant a “manifesto of things to come.” Now, Polestar is making good on the promise of the name by announcing that the Precept will go into production.

The Swedish automaker, which spun off from Volvo under the ownership of the Chinese brand Geely, announced plans for Precept production on Saturday at Auto China 2020 in Beijing.

The Precept was the first concept car to come from Polestar; previous concept cars started as Volvos then became the Polestar 1 and Polestar 2. With that distinction, the Precept previews a new direction for the brand’s future design.

The large electric grand touring sedan has its own face with headlights that hint at the Thor’s Hammer look of Volvos but in a unique way. As an electric car, it doesn’t need the front vents and ducts used by cars powered by internal combustion engines. Instead, Polestar concentrated on adding a “Smart Zone” that highlights the driver-assistance sensors rather than hiding them. Dark side sills visually lower the car and create a slim-looking profile, and the low roof resolves into a lean fastback shape. 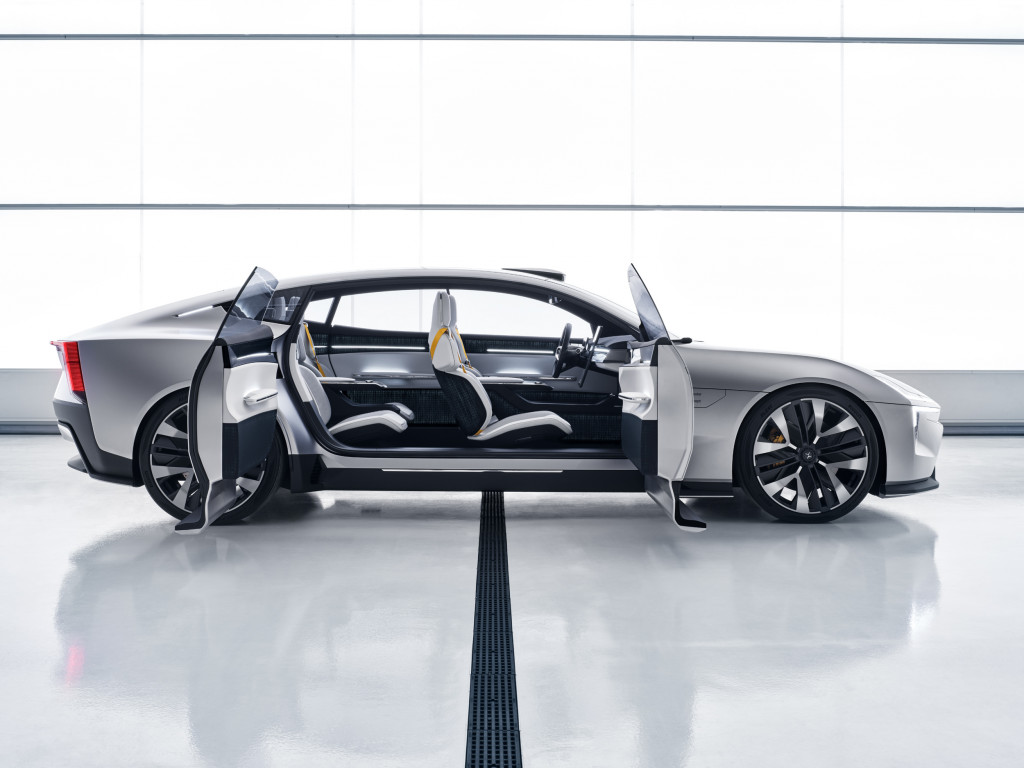 The Precept also marks the brand’s way forward in its use of sustainable materials and digital technology.

“Consumers want to see change from this industry—not just dreams. Now, Precept becomes an even stronger statement. We are committed to reducing the environmental impact of our cars and our business. The aim has to be climate neutrality, even though I recognize that is a long-term goal,” said Thomas Ingenlath, Polestar CEO.

Inside, the Precept uses sustainable materials that include recycled PET bottles, reclaimed fishing nets, recycled cork vinyl, and a flax-based composite that also is also used for some of the exterior components.

It’s unclear how many of the Precept’s innovative features will make it to market. For instance, a lidar sensor is located at the front of the roof, a sure sign that advanced driver-assistance features including the possibility of self-driving capability will be on the docket. The suicide rear doors are likely just a concept car device to show off the interior. The roof is also inverted; it’s glass up top with a body panel where the rear window would normally be—a rear camera mirror provides the view to the rear. 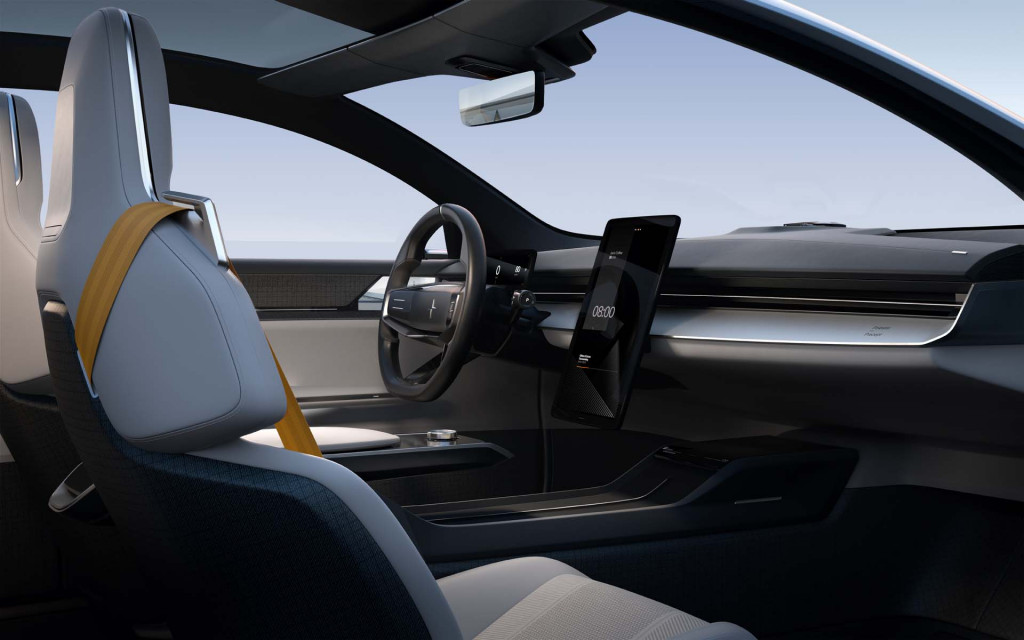 A 15-inch vertical center touchscreen for infotainment is powered by Android technology in cooperation with Google. The Android-powered infotainment system debuted in the Polestar 2, so it is sure to come in the production version of the Precept.

We also don’t know what the name will be. It could be Precept or Polestar 4 as a Polestar 3 SUV is the next model planned from the brand. Polestar hasn’t announced when the Precept production car will hit the market or what it’s price will be, but it’s size likely makes it a competitor for the Tesla Model S, so it could cost $80,000 or more.