Rare Aston Martin DB AR1 combines V-12 with 6-speed manual, and can be yours

Aston Martin and Zagato have enjoyed a long and fruitful relationship since their first collaboration, the now iconic DB4 GT Zagato first unveiled 1960. Over the ensuing decades we’ve seen several such collaborations, including the DB7 Zagato unveiled at the 2002 Paris International Motor Show and limited to 99 examples.

Further to the announcement of the DB7 Zagato, a great deal of interest was shown by customers in the U.S. for a version suited specifically to the warm, sunny climates of Florida and California. Thus the collaboration extended to an identical number of DB AR1 (American Roadster 1) sports cars being produced, one of which can now be yours.

This one, listed for sale on Bring a Trailer, is car number 29 of the 99-unit production run and has just 4,400 miles on its odometer. Not bad for a 2003 model though sadly not unexpected for a collector car.

The DB-AR1 is based on Aston Martin’s DB7 launched in 1993 but features a unique, hand-formed body crafted from aluminum and featuring a rear deck with a double-bubble design, a nod to the double-bubble roofs that typically feature on Zagato’s coupes. This one is also finished in Orient Blue paint and fitted with a Bridge of Weir tan leather interior. 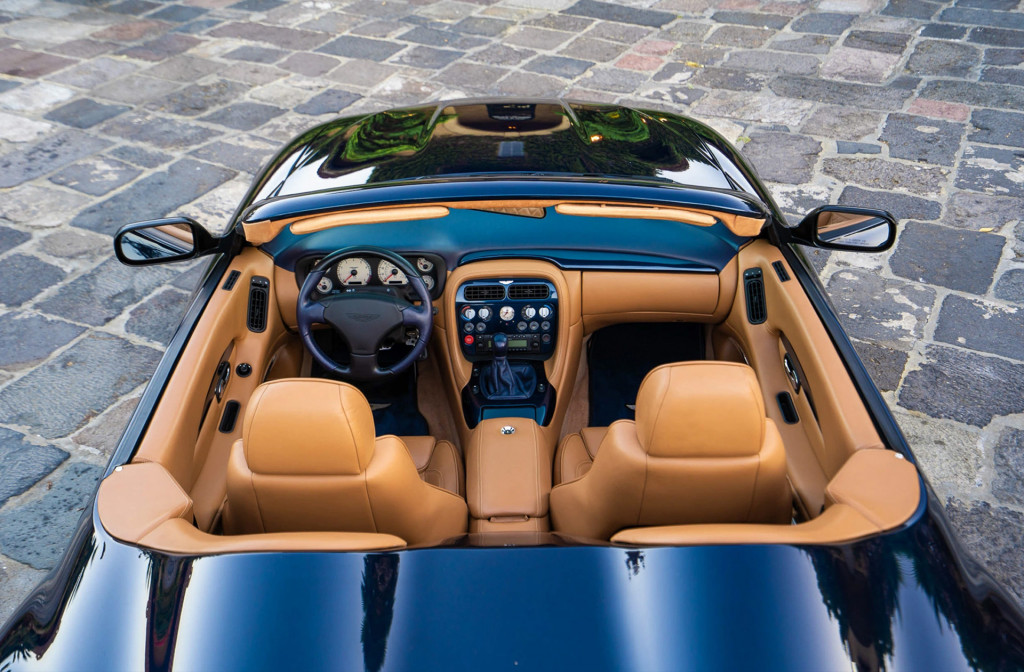 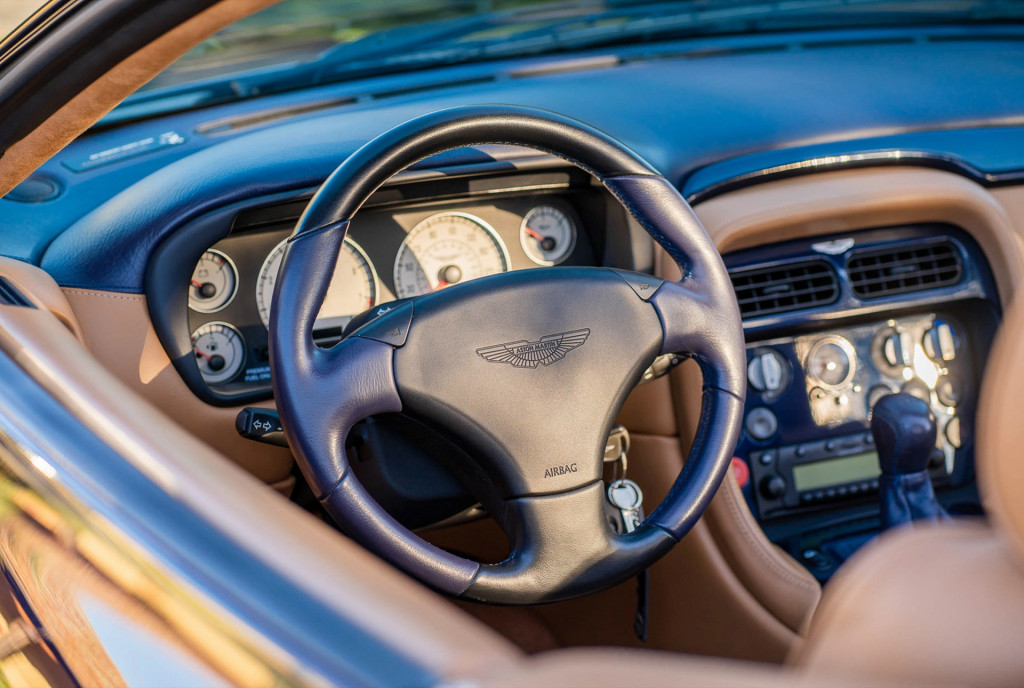 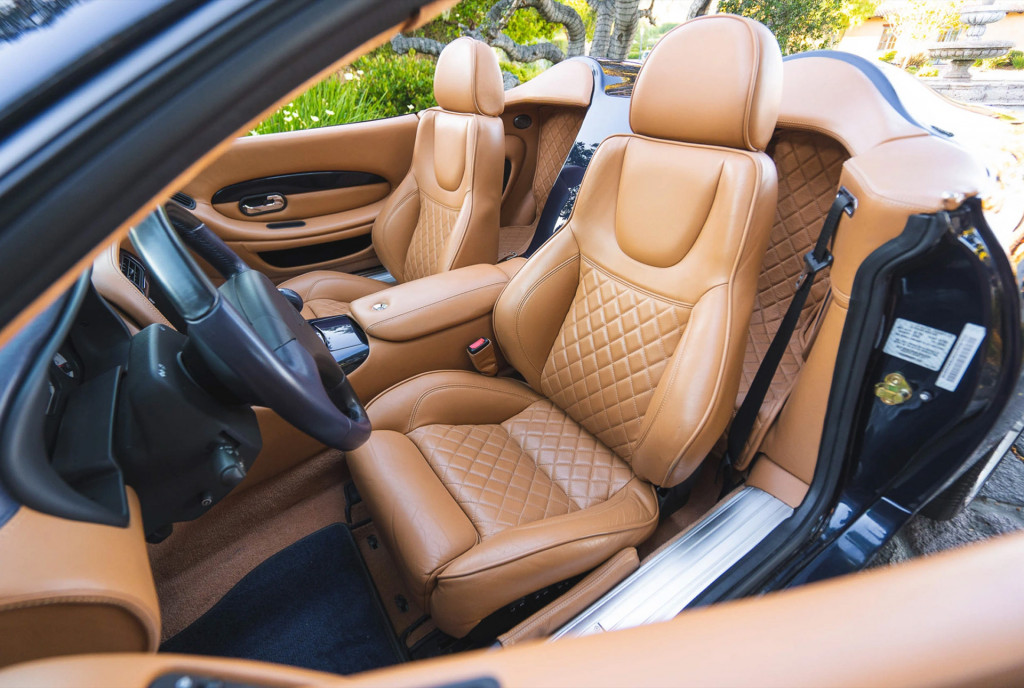 Although the DB AR1 design is inspired by the DB7 Zagato, the two cars feature different lines. This isn’t only due to the missing roof of the DB AR1. The car also features the standard wheelbase of the DB7 and not the shortened setup that features in the DB7 Zagato.

Power in the car comes from Aston Martin’s former 5.9-liter V-12, tuned here to deliver 435 hp and 410 lb-ft of torque. It results in a 0-60 mph time of 4.9 seconds and a top speed of 185 mph, both respectable numbers for a car from the early 2000s. Impressively, power is delivered to the rear wheels via a 6-speed manual transmission.

The car’s current location is at Mohr Imports in Monterey, California. The current bid on Bring a Trailer at the time of writing is $100,000, with nine days left for the sale. A book containing photos and documentation of the build is also included with the sale.

The relationship between Aston Martin and Zagato continues to this day, with the most recent collaboration taking place in 2019 in the form of the DBS Superleggera-based DBS GT Zagato. Just 19 of those cars were built.