Sales of new electric passenger cars will surpass those of internal combustion models by 2037 according to a new report on EVs from Bloomberg New Energy Finance. 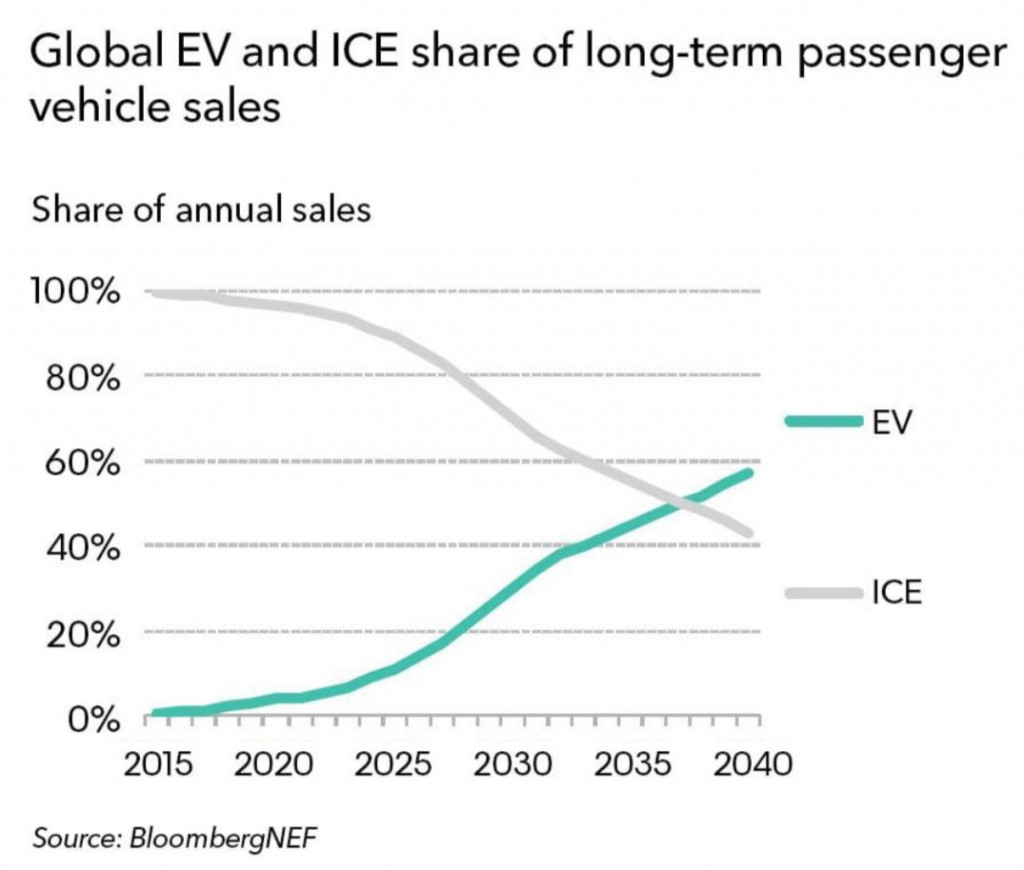 Whether the report is optimistic or pessimistic for proponents of EVs may depend on whether you focus on the purchase rate of new electric cars, or the retirement rate of old internal-combustion powered models.

While the report forecasts that sales of new electric cars will ramp up sharply after 2022, when a wider variety of models become available, it notes that there are currently more than 1 billion passenger cars on the road around the world, which is expected to balloon by 60 percent by 2040 as people in developing countries buy more cars. Until 2037, most of those cars are expected to be conventional models with gas engines, in part because many of those countries lack the infrastructure for EV charging and many people don’t own their homes or places to park. 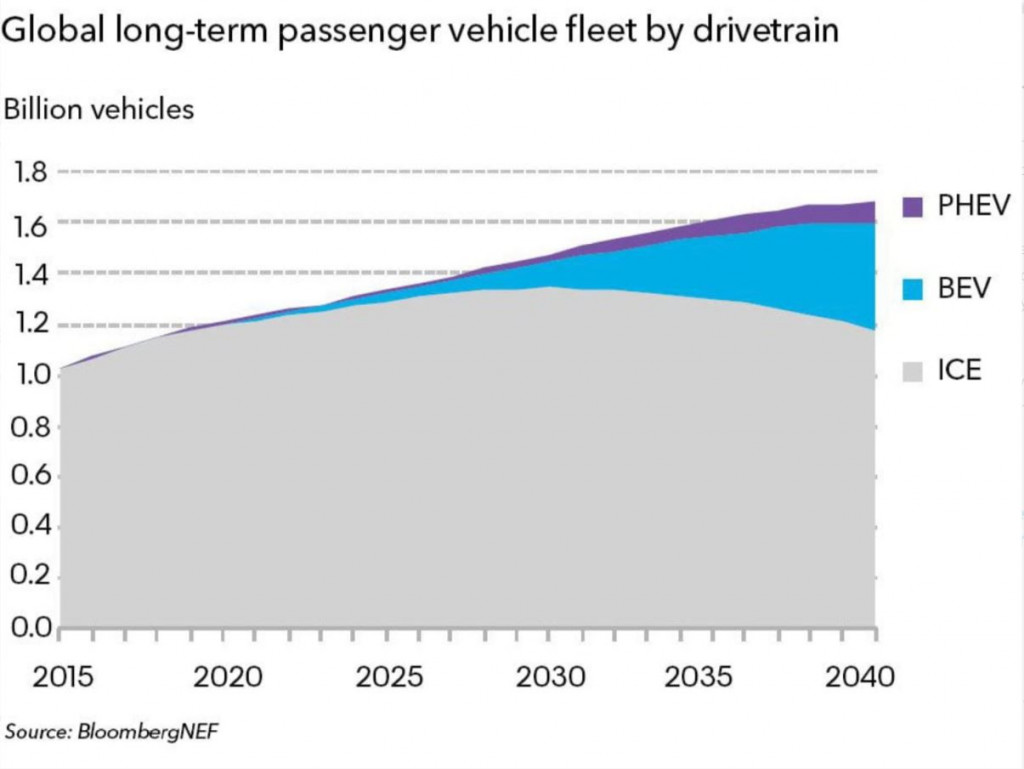 BNEF share of cars on the road globally (Source: BNEF)

One of the primary drivers of higher EV sales will be falling prices for lithium-ion battery packs. The report tracks prices for packs falling from $650 per kilowatt-hour in 2013 to $176 per kwh this year, and forecasts that they will fall to $87 per kwh in 2025 and $62 in 2030. By 2025, BNEF forecasts that battery cell manufacturing will reach 1 terawatt-hour per year, or enough to power 10 million electric cars with 100-kwh battery packs.

The report notes that lithium supplies are expected to be sufficient to provide that level of production, but that new nickel and cobalt mining capacity will be needed. BNEF says that solid-state batteries for EVs are still 10 years from arriving in production cars, but expresses optimism that the technology will come to fruition.

One of the largest challenges, it notes will be providing sufficient charging for potential EV buyers who live in apartments, condominiums, or other places where they can’t charge at home.