Tesla aims to scale up Model Y after profitable Q1, but delays Semi deliveries to 2021

Despite the shutdowns of factories in China and the U.S. related to the coronavirus pandemic, Tesla claimed a profitable first quarter on Wednesday.

Tesla’s net income for Q1 was small—just $16 million. Revenue for the quarter came in at $5.99 billion—higher than the $5.8 billion and slight loss that had been expected, but still down 19% from the previous quarter.

While those financials revealed in its Q1 report—and its first-ever Q1 profit in this difficult time—are a surprise to Wall Street, many of the numbers found on the rest of Tesla’s report, which precedes a quarterly call with analysts and investors later today, closely followed what was reported earlier. Despite the shutdowns, Tesla had its best Q1 ever in terms of vehicles produced.

Tesla delivered 88,496 vehicles in the first quarter of the year and produced 102,672 vehicles. Model 3 and Model Y together made up 87,282 of the production total.

In the quarterly update, Tesla noted various efficiencies gained for Model Y and its production, compared to Model 3. It also highlighted the growth potential of the Model Y, showing how much larger the luxury crossover market is compared to the luxury sport sedan market where the Model 3 has been competing.

The Model 3 has done well, too. As Tesla illustrated, Model 3 sales over the past four quarters have outpaced the Mercedes-Benz C-Class, BMW 3-Series, Audi A4, Lexus IS, and Jaguar XE combined.

On a 12-month trailing basis, Tesla claims that its deliveries are nearing 400,000—reflecting its strong growth in 2019—and it noted that “installed capacity” at its Fremont factory will extend to 500,000 this year.

Tesla also revealed that it “achieved positive gross margin for Model Y in its first production quarter.” In other words it’s already making a profit on the Model Y—a first for any model from the company.

Model Y deliveries from the company’s Gigafactory Berlin are anticipated in 2021, and Tesla also plans to eventually make Model Y in Shanghai. The automaker also noted that it built more Model Y vehicles in Fremont in the first quarter of its production than for it built of the Model 3 in its first two quarters of production. 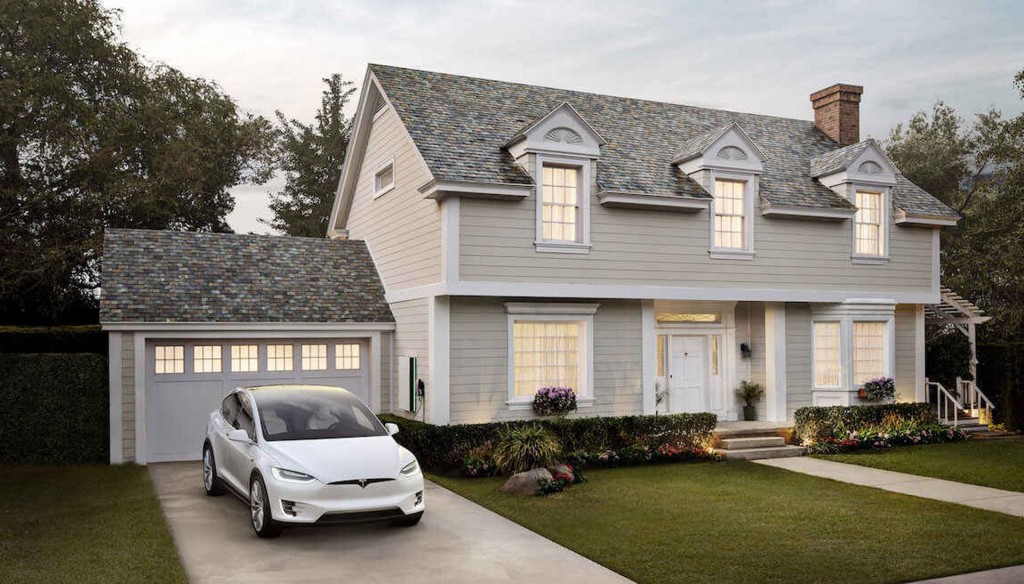 Tesla solar deployment dropped in the quarter by 35% and storage plunged by 51%. However Tesla reported that during the quarter, it reached production of 1,000 Solar Roofs in a single week.

The Roadster and Cybertruck were only mentioned as “in development,” with no further update, but Tesla did have an update about the Semi.

“Lastly, we are shifting our first Tesla Semi deliveries to 2021,” the company announced in the report. It’s likely there will be more details about that—and more—from the quarterly call.