The Porsche 917 will forever be known as one of the most dominant race cars of the 20th century, but deep inside the halls of Porsche some seven years ago, a tribute project began.

Earlier this month, Porsche marked the 50th anniversary of the original 917’s debut at the 1969 Geneva International Motor Show. It celebrated with the restoration of the first 917 produced, which will be on display at the “Colours of Speed – 50 Years of the 917” exhibition coming up at Porsche’s official museum in Stuttgart, Germany. Along with the restoration, Porsche dropped a single photo of a Porsche 917 tribute concept. The concept wasn’t built with the 50th anniversary in mind, and in fact, it’s not even a new concept.

Motor Authority spoke with Dave Engelman, Porsche spokesperson for Motorsports and Brand Heritage, who provided the story behind the modern-day 917 concept. We learned the concept started life in 2012 and continued its development for two more years before work halted in 2014. The wonderfully crafted design with just enough nostalgia was the result of three departments working together: aerodynamics, styling, and drivetrain teams. Engelman told us that, physically, the car never left the clay model stage, but it is a full-scale car. 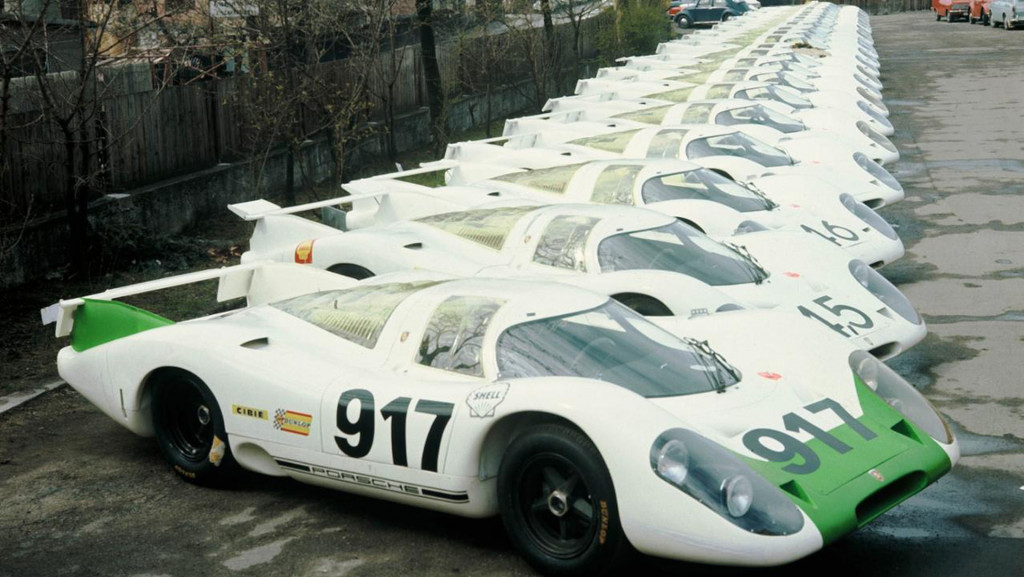 Work continued to progress over the two years and an interior mock-up also came to life. Although the three teams stopped physical development, work continued on the car as a virtual prototype. Porsche aero, styling, and drivetrain experts even developed a powertrain and monocoque design. It’s unclear what type of powertrain Porsche designers and engineers imagined the 917 tribute concept would feature, but indeed, work was completed.

Despite the hundreds of hours of work, Porsche never intended to take the 917 tribute concept racing. At this time, the German firm was deep in the engineering process to bring the 919 Hybrid LMP1 race car to life.

Even when the project was ultimately put to bed in 2014, there were no considerations for the 50th anniversary of the original 917 that would come five years later. Rather, Porsche decided now is an appropriate time to share the three teams’ work with the world and dug into its treasure chest. The concept will join the restored 917 at the Colours of Speed – 50 Years of the 917 exhibition, which runs from May 14 to September 15.