The Valentine One has been around since the 1990s, and while its internals have been updated and it’s received a slimmer housing, it’s essentially gone unchanged for more than two decades. Only radar detector enthusiasts will notice the V1 Gen2 is different at first glance.

The revised guts of the V1 Gen2 increase range and sensitivity. Valentine Research said surface-acoustic-wave dispersive-delay-line (SAWD2L) technology used in military radars increases the rate at which the unit can scan radar read radar signals by a factor of one hundred over the outgoing unit. The increased data flow enables the V1 Gen2 to sort radar signals quicker and weed out falses from radar-based safety systems on modern vehicles.

Low Noise Amplifier (LNA) technology has been added to help detect and magnify weaker signals. Valentine Research said the range increase of Ka band is “dramatic,” but didn’t provide specifics. LNA’s ability to pick up weaker signals farther away works with the processing rate of SAWD2L to determine falses earlier than before. 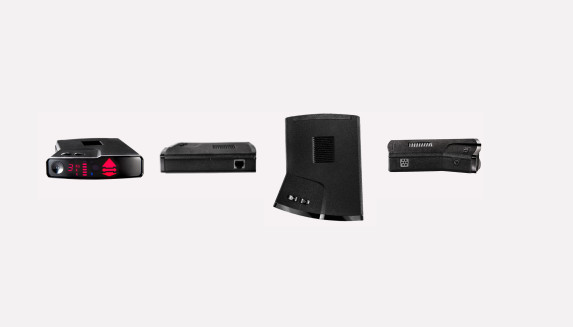 The Valentine One’s trademark layered knob interface has morphed into a single multi-function button on the front and two volume buttons on the top of the unit. The V1 Gen2 is slightly longer and narrower than the outgoing model, and the front LED display panel has a flatter look.

Valentine Research made it easier to see what type of threat is on the V1 Gen2’s display by showing the threat band (X, K, Ka, L) instead of a little red LED on the previous unit. The bogey counter that tells users how many signals are picked up returns, as do the display arrows that point in the direction of the signal also return. The strength meter is now vertically oriented instead of horizontal.

The V1 Gen2 is compatible with previous Valentine One accessories, such as power cords and the concealed display. While the mount is similar, it isn’t interchangeable with the previous mount due to the different dimensions.

Built-in Bluetooth can connect to a free iOS or Android Valentine One smartphone app that offers more in-depth analysis of the signal.

Escort released the Max 360 radar detector in 2015—which has since been updated to the Max 360c—with arrows after Valentine One’s patent expired in 2012. The V1 Gen2 is Valentine Research’s response. Notably, the V1 Gen2 lacks features such as a live community, GPS, user-upgradeable software, and built-in Wi-Fi, all of which are found in the latest Escort models.

The V1 Gen2 is available from Valentine Research now for $499. Current V1 owners can send in their units for a discount on the V1 Gen2.