A Dutch firm by the name of Voitures Extravert is ensuring that the classics we love are still around in a world where emissions are increasingly being frowned upon. It’s doing so by building its own classic Porsche 911s with battery-electric powertrains.

The company made headlines last year with its first electric 911, which was called the Quintessenza and limited to just five cars. Now Voitures Extravert has returned with its 2019 Quintessenza, which due to popular demand will be built in a run of 36 cars.

For each car, Voitures Extravert starts off with an original 911 and then strips it down to its individual components and rebuilds from there, replacing old parts with new in key areas and restoring others. For the 2019 Quintessenza, buyers can choose between the SE which is styled like a 1960s-era 911, or the TE which gets the wide rear look of a 1980s-era model. A Targa option is also available.

Voitures Extravert strictly uses 911s from the 1970s and ’80s, which the company sources itself. The company will not touch actual 911s from the 1960s, noting their historic significance and meaning to so many enthusiasts.

The electric powertrain fitted to the cars consists of a single electric motor fed by a 58-kilowatt-hour lithium-ion battery. The electric motor delivers 222 horsepower and a massive 664 pound-feet of torque, or enough for 0-60 mph acceleration in under 6.0 seconds and a governed top speed of 112 mph. All of that lovely torque is displayed to the driver in a bespoke gauge that replaces the traditional tachometer.

The quoted range is a tick under 250 miles, with the battery able to add about 62 miles of range in 15 minutes when using a high-speed charger. Despite the addition of the big battery, the Quintessenza weighs just 2,976 pounds, which should ensure the handling remains as lithe as in an original 911. 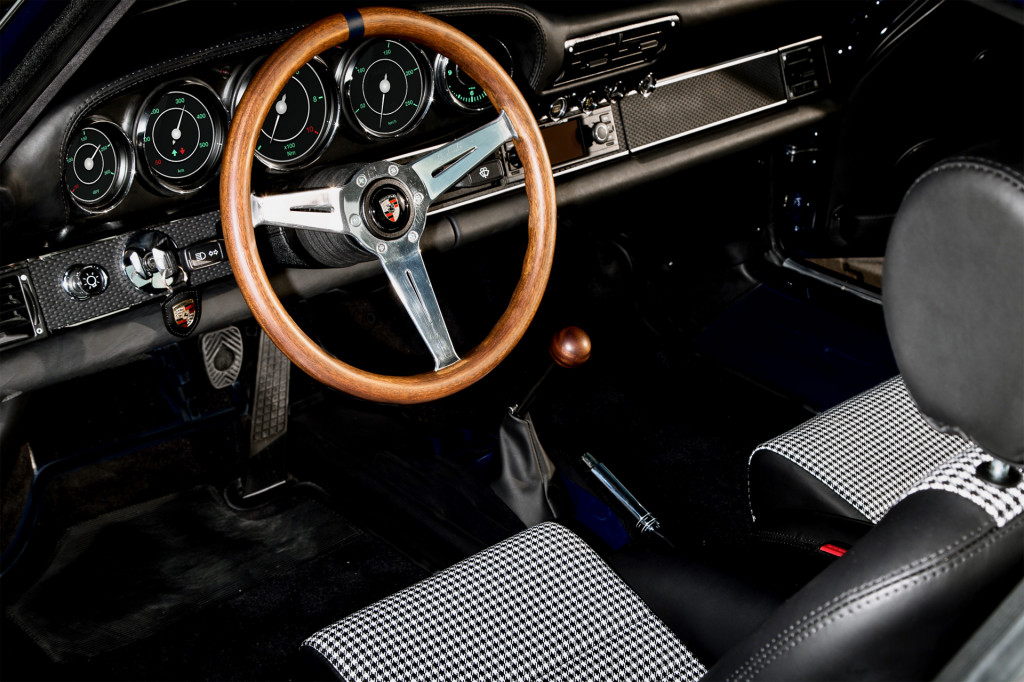 Speaking of the handling, Voitures Extravert has also developed a bespoke suspension setup with driver adjustable dampers designed to match the unique weight distribution of the Quintessenza and reduce body roll. Power steering has also been added for comfort.

According to the company, there’s been plenty of interest from buyers in the United States. While the company is in contact with the Department of Transport about starting sales here, for now any interested local buyers will have to privately import the cars. Voitures Extravert can assist in this area, though registration procedures vary from state to state and anyone considering undertaking the task should check their state requirements first.