Where will sales of electric cars, hybrids land after the vehicle-sales free fall?

The coronavirus pandemic that hit the U.S. in mid-March, and the economic slowdown that followed, have likely affected vehicle-purchase decisions for millions of U.S. households.

What that means about the types of vehicles they buy remains to be seen. Factor in a range of other issues that have been thrown into the mix since then, and the future trendlines for green vehicles might be following some very different paths coming out of this crisis.

In short: Gas prices have reached new lows. The Trump administration has continued to challenge California’s right to enforce its own emissions rules (and mandate EVs). The EPA released a final rule for emissions and fuel economy requirements that could reshape the U.S. fleet through the middle of the decade.

While second-quarter sales results will be dismal across the industry, May sales returns from the automakers that report sales on a monthly basis might not only show a glimpse of how sales will recover but where vehicle shoppers’ heads are in the near future when it comes to committing to new vehicles. 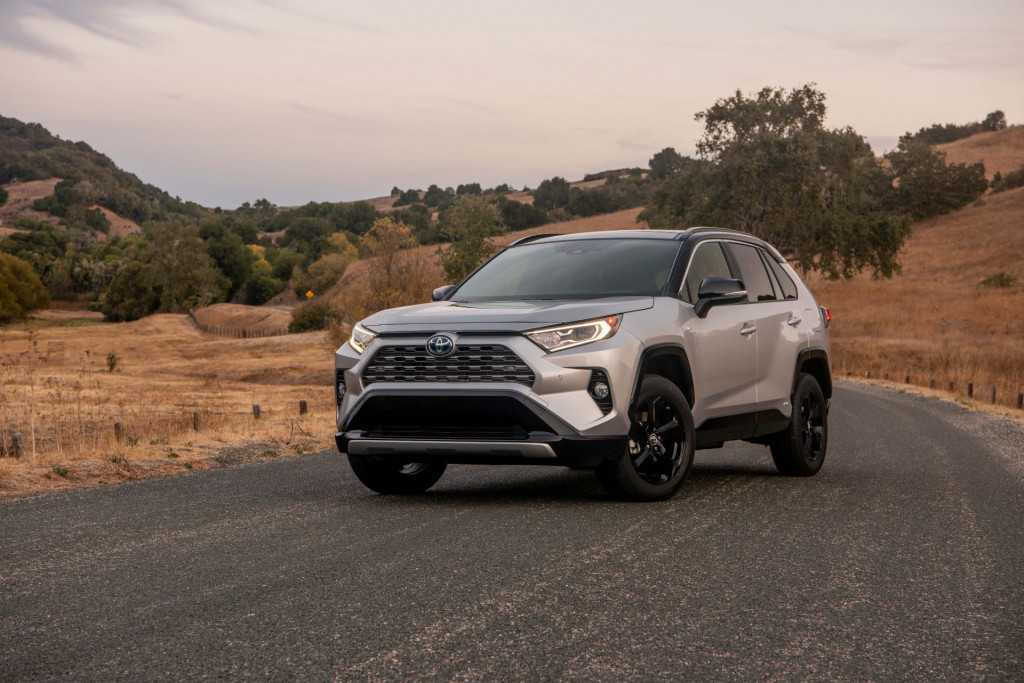 Toyota is among those automakers still doing monthly reporting, and versus the same month a year ago, Toyota’s sales were down 36.9% percent versus a year ago. Over the first quarter, Toyota reported that total hybrid sales were up 80.5 percent from levels the previous year—mostly because of the addition of RAV4 Hybrid and Corolla Hybrid.

Those automakers that are reporting sales on a monthly basis saw sales for the auto market as a whole fall about 50% in April, versus the April 2019 levels. Some dealerships started to reopen in April, but May will be the first month reflecting the “new norm” in this uneasy time when the economy’s back rolling but pandemic caution continues.

In the U.S., California is by far the largest market for electric and plug-in vehicles, and it might very well be the litmus test for where green-car sales will go for the rest of the year. 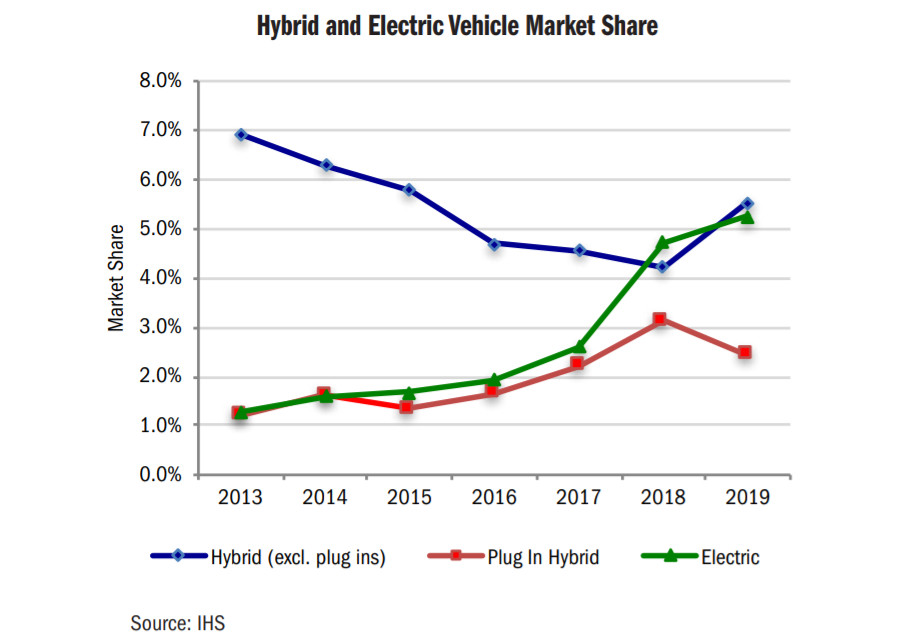 According to California New Car Dealers Association data released in February, the green-car trendlines changed direction in 2019 in many respects. Plug-in hybrids abruptly turned downward, after gaining market share since 2015 (likely the result of the Chevy Volt’s discontinuation). Hybrid vehicles without a plug abruptly surged, after losing market share since 2013. The market-share growth that battery electric vehicles had experienced the past several years softened somewhat.

In Europe, electric cars were undergoing a surge of growth. According to data from the European Alternative Fuels Observatory, including Q1 sales, electric cars and PHEVs were surging to new heights so far this year. 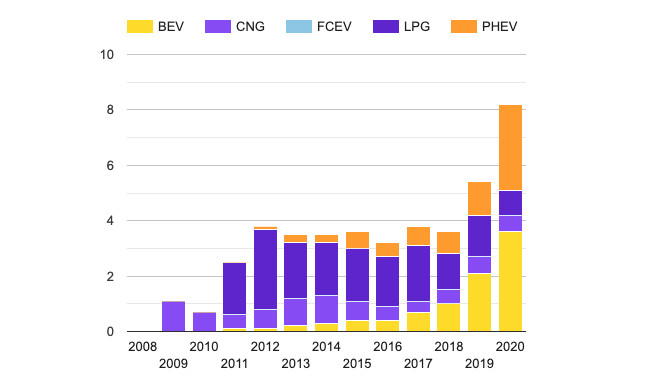 Some of that can be attributed to incentives that have incentivized EVs—in Germany, for instance. This past week the European Commission considered a $22 billion stimulus package that would further incentivize electric vehicles and those that emit under a carbon threshold. But as of yet, nothing in the U.S., such as a reconstituted version of Cash for Clunkers, has been formally proposed.

Growth in Europe this year might also relate to the way that cars are purchased in Europe. The vast majority of the time, Europeans configure and order them in advance. Volkswagen revealed a new, more Tesla-like website-based ordering system for its upcoming ID electric cars last week for Europe, catering to that approach; but it hasn’t yet shown how the process might change in the U.S.

The onset of the coronavirus pandemic in March set U.S. auto sales—other than for a few select vehicles, like the Model Y—grinding to a halt. As of this past week, J.D. Power noted that incentive spending by automakers has been dropping over the past month. Whether that’s an indication that demand is rising again or whether automakers are just coming to terms with a new balance of supply and demand, we’ll know in a few weeks.