Ford revealed the 2022 Bronco Raptor back in February, though at the time the company held back on powertrain specs, stating only that there will be at least 400 hp.

Well, Ford CEO Jim Farley took to Twitter on Tuesday to finally confirm the Bronco Raptor’s output at 418 hp and 440 lb-ft of torque.

Congrats to the @FordPerformance team for taking #BuiltWild to a new level! pic.twitter.com/l46WV8zjqF

The output is courtesy of a 3.0-liter twin-turbocharged V-6 and is quite the step up on the next powertrain down the line, a 2.7-liter turbocharged V-6 that makes 330 hp and 415 lb-ft. Interestingly, the Ranger Raptor coming next year, which uses the same T6 platform as the Bronco Raptor, will also feature the 3.0-liter twin-turbo V-6 in the U.S. market, suggesting that the performance pickup may also pack as much as 418 hp here. 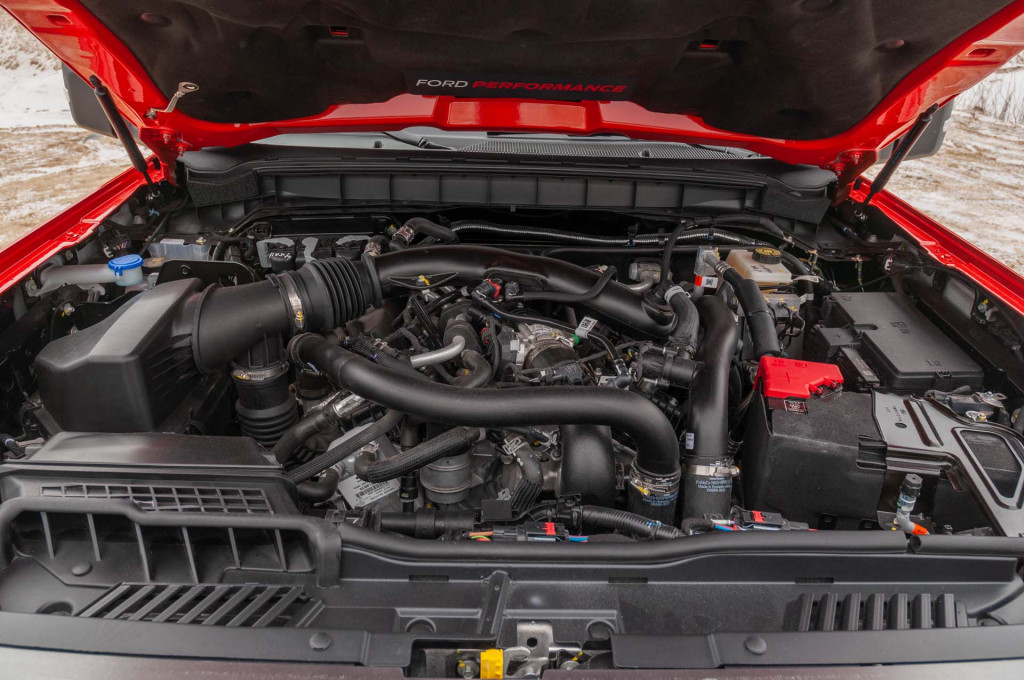 We don’t have any performance specs, though Raptor Advanced Systems Engineer Jack Cooper told Motor Authority at the Bronco Raptor’s launch that the vehicle should be able to go 111 mph on just about any terrain. The vehicle’s unique suspension setup results in 13 inches of front travel and 14 inches of rear travel. The suspension along with 37-inch BFGoodrich K02 tires, gives the Bronco 13.1 inches of ground clearance. That’s 4.8 inches more than a base Bronco and 1.6 inches more than a Sasquatch-equipped Bronco on 35s.

The Bronco Raptor goes on sale this summer. It’s priced to start at $69,995, including destination.

← Witness the Gordon Murray T.50 supercar get tortured in the name of safety Stellantis plans $2.5 billion factory with battery supplier Samsung SDI →
%d bloggers like this: