Mitsubishi no longer sells the rugged Montero in the United States but the vehicle lives on overseas, where it is known as the Pajero (or Shogun if you’re in the United Kingdom).

The Pajero is currently in its fourth generation and has been given a mild update that includes a Final Edition model. 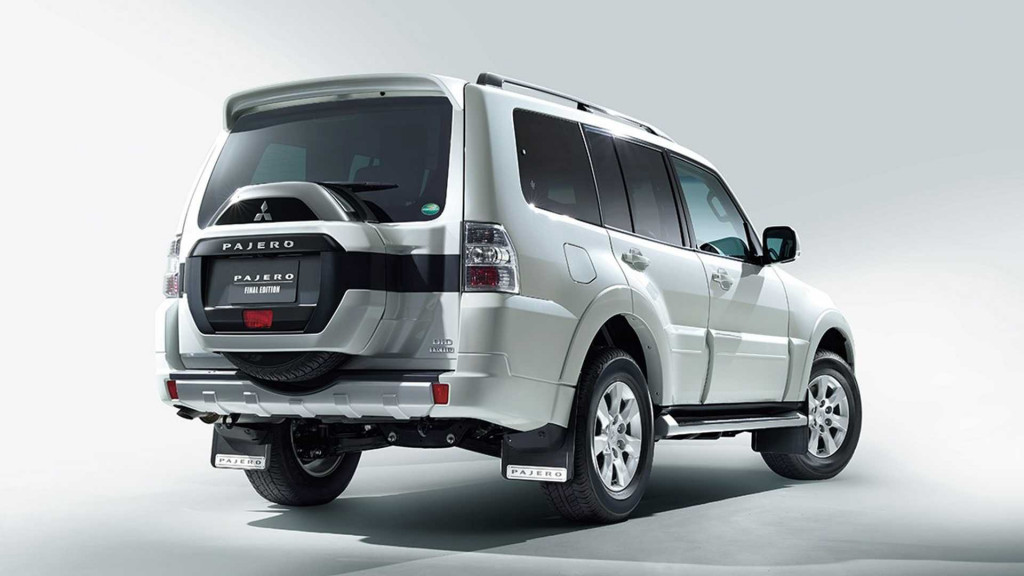 No, the Pajero isn’t about to be culled just yet, although it is ending sales in its home market of Japan, where the Final Edition model is being offered. It features a 7.0-inch display, leather trim, roof racks, and a few other items. Just 700 examples are planned.

Just one powertrain is available. It’s a 3.2-liter diesel delivering 190 horsepower and 325 pound-feet of torque. The engine is mated to a 5-speed automatic and 4-wheel-drive system.

The Final Edition marks the end of an era as the Pajero has been on sale in Japan since the original model’s launch in 1982. The second generation of the 1990s was even the top-selling vehicle in Japan for a month of its life. Current sales, though, hover just a few hundred units annually.

The third-generation Pajero, which ceased production in 2006, was the version sold in the U.S. as the Montero.

Mitsubishi will continue production of the Pajero for other markets after it ends sales in Japan, currently scheduled for August. However, the fate of the vehicle is unknown as tougher emissions standards could lead to its demise. One possibility for a future Pajero could be sharing a platform with a future Nissan Armada.

Mitsubishi has been hinting at a redesigned fifth-generation Pajero since the reveal of the GC-PHEV plug-in hybrid concept at the 2013 Tokyo Motor Show. And in 2015 it launched the smaller Pajero Sport, which unfortunately doesn’t comply with U.S. safety standards.