The other vehicle powered by Cadillac’s V16 engine

Cadillac attracted lots of attention — first in the autumn of 1929 and then again in the early winter of 2003 — when it unveiled automobiles powered not by 8- or even 12-cylinder engines, but by V16s.

Inherently balanced, Cadillac’s V16 engines were quiet, smooth and powerful. Cadillac had them in its finest luxury cars for the 1930-1937 model years. Then, early in the 21st Century, it revived the idea and honored its own heritage in the form of the spectacular Cadillac Sixteen concept car. 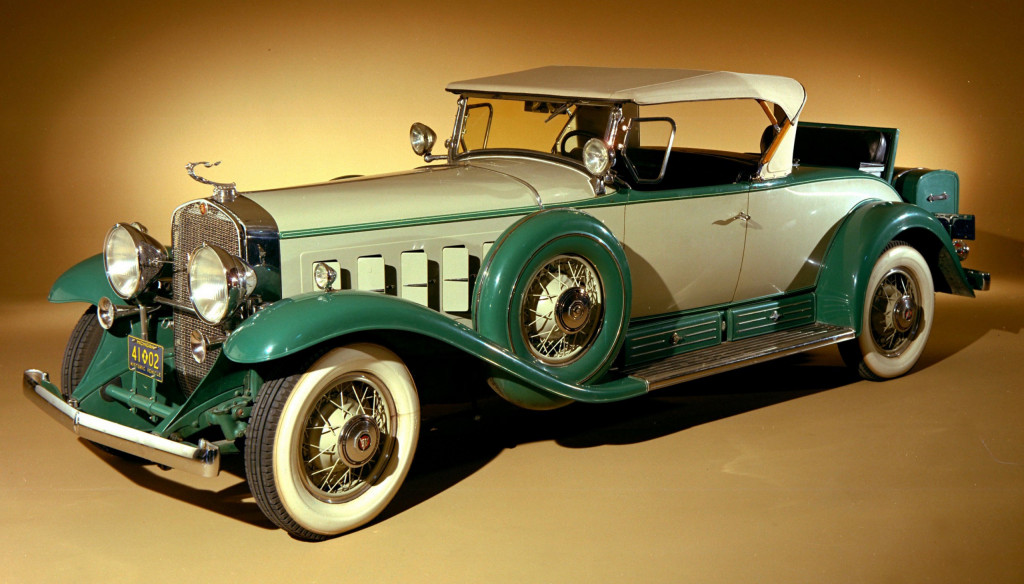 But did you know there was another vehicle that benefited from the quiet and smooth delivery of power provided by that 1930s Cadillac V16? That was the Autotram.

While most 1930 Cadillacs had coachwork by the likes of Fleetwood, Murphy, Saoutchik, Vanden Plas or even Pinin Farina, and were designed to carry 5 or 7 occupants, the Autotram was built by a company called Clark Equipment and had seating for more than 40 people.

As Robert Myers, director of education for the Historical Society of Michigan explained this week in a webcast presentation, Clark Equipment traces to 1904 and a project by George R. Rich Manufacturing and Illinois Steel in Buchanan, Michigan, to produce drilling equipment used to lay railroad track.

Clark would take its name from Eugene B. Clark, an Illinois Steel metallurgist who managed the new operation and by 1914 had taken over Rich and several other companies, all of which he merged under his own name.

Clark expanded its production into automotive axles and transmissions and became a major supplier to the growing auto industry. To move such heavy objects around its factory floor, it created a motorized 3-wheel cart. A U.S. Army officer visited Clark during World War I and realized those 3-wheelers would be ideal for transporting ammunition, so Clark established what it called its “trucktractor” division in a new factory in Battle Creek, Michigan.

Familiar with his company’s roots providing equipment for railroads, Eugene Clark was aware that the rail companies did well on their main routes, but were losing money on their short or local lines, where there were fewer passengers and less cargo to carry, but which still needed full crews, and where the frequent starts and stops took a toll on locomotives.

Eugene Clark thought he had a solution — a newer, lighter and more efficient vehicle for local routes, so he put together a team to create the Autotram, which Clark Equipment introduced at the Century of Progress, the 1933 Chicago World’s Fair. 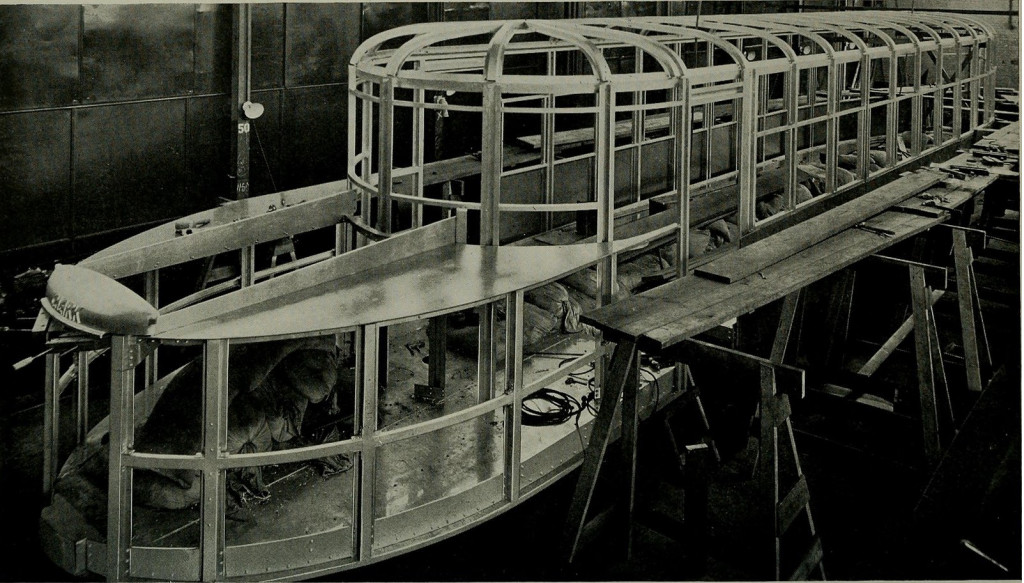 By making the Autotram from the same light but strong duralumin used in the construction of the zeppelin airships, by making the vehicle aerodynamically efficient, and by powering it with an automotive engine — Cadillac’s V16 — Clark could produce a vehicle that could carry 42 passengers and a crew of 2 — an engineer and a conductor — in speed (more than 70 mph), style (the Autotram was bright red with silver and white trim), and comfort (the interior featured lounge-style seating rather than bus- or train-style rows), complete with a small galley and a restroom.

The idea proved so worthy that Clark had his team working on designs for versions large and powerful enough to carry as many as 160 people. But while the Autotram was a hit at the fair and drew lots of eager riders during several months of test runs on southern Michigan railways, not a single unit was ordered by any railroad company.

But Clark certainly recouped his investment, and then some. To make the Autotram ride as smoothly as possible, Clark worked with BFGoodrich created a new form of rail wheels, still steel, but with an internal rubber section that acted as a shock absorber. Starting in 1936, that undercarriage became the standard for the street cars that carried people along urban roadways within cities from coast to coast. 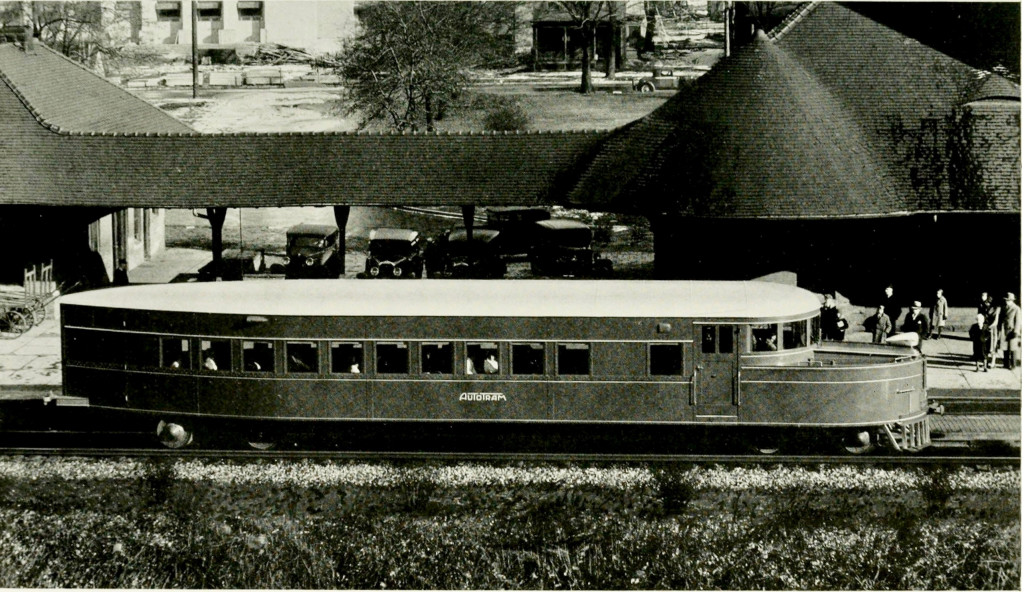 As for the prototype Autotram, Myers said it was scraped out in 1935, though he’s heard that Clark employees were allowed to take the Autotram’s floral-patterned seats home for use on the porches of their Battle Creek homes.

Myers’ presentation was part of the Historical Society of Michigan’s “Stuck in the Doghouse” History Hounds lecture series, which has been so successful during the coronavirus quarantine that it is moving from monthly to weekly. For details, visit the society website.

This article, written by Larry Edsall, was originally published on ClassicCars.com, an editorial partner of Motor Authority.

← Review update: 2020 Infiniti Q50 Red Sport is a missile in search of a target Discover the history of the Batmobile in this new documentary →